•For Kenya domestic ideals would be appreciated by many nations across the world attracting foreign investments. 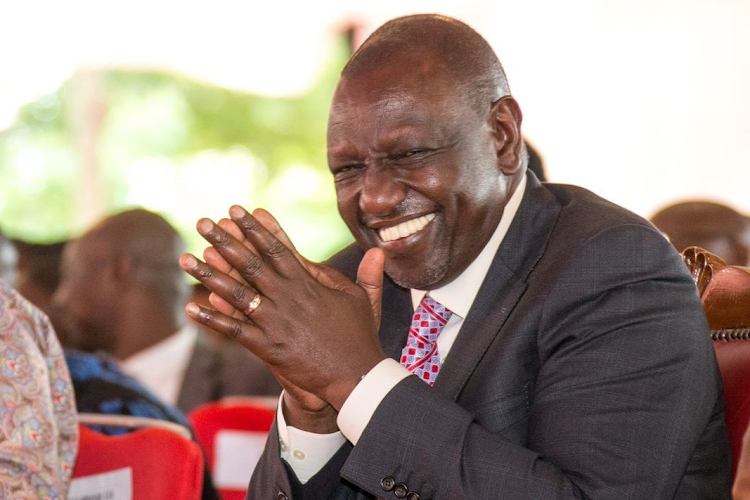 Last year on December 22, 2022, President William Ruto celebrated his 100 day in office having been inaugurated at Kasarani International Stadium, Nairobi, on September 13th,2022.

The 100 day can be traced to President Roosevelt radio address of July 25, 1933 coining the term “first 100 days” thus looking back, examining in a mental picture event of the first hundred days of his administration.

Importantly he pushed through congress approximately 77 laws, directed towards reviving the economy of the USA.

“Back-il” celebrated on 100day was meant to mark triumph against childhood diseases.

It had a deep meaning of maturity in Korea, that making it past your first 100th day was a sign that you would make it out of infancy.

Both American political and Korean Social events of the 100 days are valid in our Kenya context today.

It is also important from the onset to state that the 100-day is not a perfect measure but a useful tool for gauging any news administration's effectiveness.

On the one hand,  a country’s foreign policy establishes goals, prescribes strategies and sets the broad tactics required to achieve the objectives, which are derived from geography, history, economics and distribution of international power, on the other hand, diplomacy is a tool overtly nonviolent employed in international dialogue negotiation and conducted by accredited envoys (“French envoye’ one who is sent”) in confidence.

Ruto’s 100 days of foreign policy and diplomacy are anchored in the constitution of Kenya 2010, UDA manifesto, Kenya’s foreign policy document, 2014 and emerging international issues have arguably been quite successful.

The Head of State has clearly weaved the idea that foreign policy is a continuation of domestic policy, this is captured in his inaugural speech oN September 13, 2022.

Ruto prioritized intervention to make Agro-fertilizer, good-quality seeds affordable and available through a government-to-government agreement with Morocco basically to lower the cost of living in the near future. cushioning maize, rice, and wheat farmers would secure food security while tea farming would earn the country a much-needed foreign exchange.

Another issue of international importance was the elevation of diaspora issues at the ministered level by strengthening diaspora services in all Kenyan embassies abroad.

In the same speech, he promised that Kenya will continue to be a dedicated partner to peace security and prosperity in the east African region.

And appreciating the fact that hosts major international agencies, Ruto pledged that Kenya will continue playing a major role in international diplomacy at bilateral and multilateral levels.

The president noted that Kenyans in general suffer the consequences of climate and thus the need to engage at a multilateral level.

Ruto president led a delegation to the climate summit at Sharm El-Sheik, Egypt where he presented the African agenda-by championing the delivery of finance and technology needed for Africa to adapt to the climate impacts, support and transition. The president in his speech is open to work with global partners to fight pandemics and other emerging public health challenges.

Ruto pledging not to leave anybody behind promised to create a business-friendly environment to eradicate barriers thus making Kenya a compelling and attractive business destination.

A big role will be played by our missions abroad which will showcase our ease of doing business.

Going further, Ruto’s administration is engaging his foreign policy with a focus on national interests tied very closely on the international environment. Kenya’s geo-location attracts all together friends and foe.

It has all along been a strategic ally in the horn of Africa for the west and in particular USA and UK, a partner in the global fight against Piracy, Terror cells and a gateway for the Indian Ocean.

Meanwhile, the Chinese are intensifying their presence in the region by building ports and military facilities in the region.

The change of administration in Nairobi was a pure opportunity availing itself.

There have been a member of delegations Non-State and State actors prior to Inauguration and after all talks on Nairobi-Washington partnerships on matters of development and security.

Other Western countries are United Kingdom, Germany and South Korea.

These provide an indication that cooperation with the west will be key. However, continuity with the East will be maintained.

It’s a matter of what is best for the country at present. the bloc that will be quick to action partnership financially will be in the lead and will be mostly favoured by Nairobi.

The idea that foreign policy starts at home was coined by US diplomat George Kennan in 1946.

For Kenya domestic ideals would be appreciated by many nations across the world attracting foreign investments.

Ruto’s commitment to East African community is firm. He managed to persuade his predecessor Uhuru Kenyatta to play a peacemaker in the Democratic Republic of Congo and Ethiopia.

He has facilitated Kenyan peacekeepers as part of the East African Community Regional Force [EACRF].

After his inauguration, he engaged delegations from France, Morocco, Egypt, Algeria, Eswatini, Serbia and South Korea.

On the same day, he signed a condolence book for the late Queen Elizabeth[ii] at the UK High Commissioners' residence in Muthaiga.

Ruto attended the Queen’s funeral in London on September 18, 2022.

Further South, he engaged his counterpart Cyril Ramaphosa at state house, Nairobi, in November 2022 and they mutually agreed to remove Visa requirements for Citizens from both countries for upto 90 days starting January 2023.

As I conclude, Ruto has framed the parameters of his administration's foreign policy and diplomatic engagements.

The warm-up of relations between Kenya and Western Bloc are mutual as both sides need each other to partner on issues of development and Security.

The new administration is fully aware that foreign policy starts at home and ends at home.

The diplomatic engagements and policy directions under Ruto have so far been a success.

That is why the survey released by Infotrak on December 27, 2022 gave Ruto’s 62  percent mean rating in foreign Affairs.

Delving into the future, this score card might be higher.

Ruto's score in his 100 days in office

Be patient, I will transform the country, Ruto assures

President said country has to end its reliance on loans
News
1 month ago
Post a comment
WATCH: The latest videos from the Star
by AMBASSADOR PAUL KIBIWOTT
Opinion
01 January 2023 - 09:21
Read The E-Paper