KENNEDY LEGEND: Let us restore the lost Christmas spirit of past years

"We have the ability to use our words and actions to influence the lives of those around us." 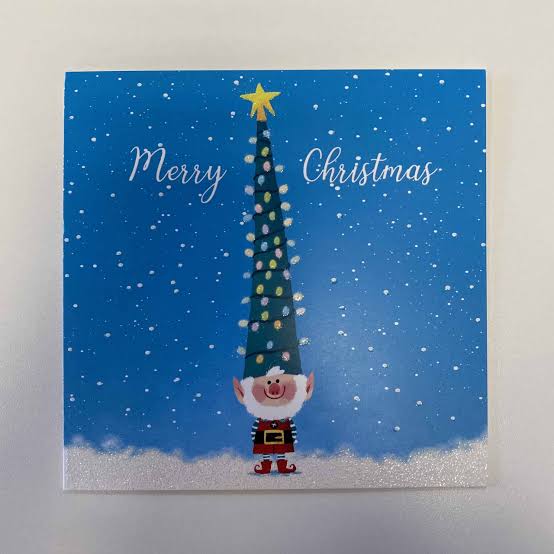 I feared that I would spend a lonely Christmas break in Nairobi after escorting Gachoroge and Rasta to different bus booking offices.

Gachoroge was travelling to Bungoma where his family lives and Rasta to Lamu where rumour has it, he has a second home.

While Gachoroge had stopped carrying his bed, sofa set and music system when travelling upcountry on holiday, his luggage was still excessive for a man.

The guy had a suitcase, a laptop bag and a shopping bag.

However, I admired Rasta’s travelling style.

Like me, he is a practical man and carries only what can fit in his pockets. I knew he had abided by the respected men’s travel checklist of a pen, notebook, torch, phone charger, and lucky charms (aka anti-witchcraft protection or “patriot missiles”).

I approved of his attire too, which was all in dark colours that are good at hiding dirt.

His tee shirt, trousers and jacket could be worn for several days without people noticing dirt on them unless he spilt soup on himself.

After the departure of Gachoroge and Rasta, I strayed into a Uthiru lounge to look for a new Christmas company.

But I bumped into the last person I expected to see in Nairobi: Mandevu. To my horror, he was in the company of three “social consorts.” He called me over to his table.

Contrary to my expectations, he introduced the three “social consorts.” They were Ivy from South Sudan, Nina from Burundi and Tamara from the Democratic Republic of Congo.

The three looked like typical Vienyejis (local and naïve girls).

Mandevu must have read my thoughts because he clarified that they were indeed foreigners in Kenya on a World Bank research project. I chose to keep quiet.

But as a Legend, my instinct warned me that these “World Bank researchers” would order DJ Khalian of the Lounge to play Iyanii’s hit song Furaha as the evening wore on.

I even imagined them dancing at some point while chanting the Furaha song’s chorus: Sisi ni walevi, Tunapenda Kamnyweso!

I kept this frightful premonition to myself and introduced myself all the same.

“I am the Kenyan Legend and I only fear God, hot porridge and hospital injections,” I disclosed.

“My only weakness is an occasional urge to suppress my two underlying conditions of tonsillitis and laryngitis with spirits and wines.”

I stressed that I am one of the most learned men in Kenya.

However, I confessed that despite my illustrious academic credentials, sometimes I am a slow learner.

“For example, I am yet to understand the role of ladies’ waist beads beyond being cleverly hidden lucky charms aka anti-witchcraft protection or ‘patriot missiles,’” I said.

This is despite Joyce Brown of Q-Bash Lounge recommending a beauty therapist to change my hard-line opinion of waist beads.

“But this effort flopped and I have not vacated my original view.”

Tamara, the Congolese, looked at me as if I was an Australopithecine.

Yes, those monkey-like ancestors of modern man which roamed the savannah from 4.18 to about 2 million years ago.

She expressed her surprise in French at my inability to learn about waist beads: “Carrément? (Seriously?).” I replied Oui, Oui, in the only French word I know. Everybody laughed.

She said something in French which Mandevu, who does not know any French, magically translated for me. “Mr Legend, she is advising you to get a life and try new things such as detox and Brazilian waxing!”

I did not wish to spoil the Christmas mood by contesting Mandevu’s translation. So, I joined in the laughter that followed. “Kata simu niko site! (Stop this talk, let’s start the party),” I told Mandevu.

I ordered two rounds of drinks for everybody at our table.

We chatted about how the Christmas spirit had been deteriorating over the years.

“We have reinvented Christmas to mean a materialistic festival where we show off how caring we are for the day but revert to our factory settings of lack of concern for other people for the next 364 days,” Mandevu said.

After my tonsillitis and laryngitis were sufficiently suppressed, I gave a short speech about my most memorable Christmas day.

This was in 2001 when I visited an elderly couple on a rainy Christmas day.

The couple insisted that I take tea. But there was a complication.

The firewood and a half bag of charcoal were all soaked in the rain and could not ignite. This gave me a strong reason to decline the offer of tea; there was no fuel to cook it.

But the senior Legend brushed my excuse away and walked to the smoke-filled kitchen to help out.

He came back coughing, picked a wooden stool and walked back to the kitchen. I thought he was fixing a light bulb or the rain gutters. I thought I heard the sound of splitting wood above the din of rain.

I was shocked when mama came to the sitting room carrying a kettle of steaming tea and cups.

Upon my inquiry about how the tea had been made, mama attributed it to a miracle.

We took the tea and when the rain subsided, I begged to leave.

But the senior Legend requested me to assist him in putting rainwater from an overflowing tank into some storage jerricans.

As we were working around the water tank, I noticed an improvised fireplace on the sheltered veranda outside the back door of the house.

A large sufuria full of water rested on three stones. Amongst the smouldering embers, I saw the unmistakable and half-burnt leg of a stool.

I was about to utter my trademark call: Coro Maii (the side-blown horn needs to be sprinkled water to continue producing sound) when I remembered I was the one buying.

Instead, I ordered Joyce Brown who was passing by: “Chafua hii meza (bring a fresh round of drinks for everybody and bill me).”

I continued with my story.

“The following day I bought four wooden stools and a mkokoteni load of timber offcuts and directed these to be taken to the couple’s home.”

Since then, I buy this couple a mkokoteni load of firewood or a sack of charcoal every Christmas eve.

The couple’s kind act of ensuring that I took a cup of tea against all odds touches me to this day.

“They taught me to give all I have to make other people’s lives better. This is the Christmas spirit I have been practising and you are welcome to join me in expanding the beneficiaries of the mkokoteni loads of firewood,” I concluded.

Ivy, the South Sudanese concurred with me:

“As humans, we have the ability to use our words and actions to influence the lives of those around us,” she said.

Nina, the Burundian, brought a distraction by reminding us that we were at Q-Bash to make merry.

My Christmas kindness was not yet over.

I declared that I would pay everybody’s fare back home.

So, I got the “World Bank researchers’” phone numbers and transferred to each Shs 1,000.

To avoid dampening the Christmas mood, I kept this revelation strictly to myself.

Post a comment
WATCH: The latest videos from the Star
by KENYAN LEGEND
Opinion
25 December 2022 - 09:33
Read The E-Paper