The changing faces of the local cheating industry

I outlined a measure that can stop cons from cheating that other people have died.

•As usual, I told my listeners that I am one of the most learned men alive today.

•“I have read David Mailu’s After 4:30 pm and Charles Mangua’s Son of Woman. Currently, I am reading Charles Dicken’s Christmas Carol.” 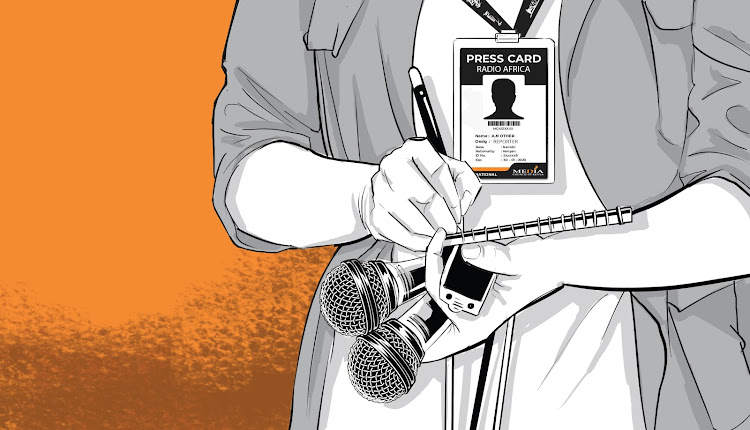 When it became clear that my favourite teams - Croatia and Morocco - were not playing in the final match of the 2022 world cup, I stopped watching football and switched to vintage Afrosinema flicks.  I chose the most horrific ones with mysticism and dark rituals.

So, I was in a supernatural mood when I broke my self-imposed exile and visited Gachuiri Beer Garden in Uthiru. I was warmly welcomed with rounds of liquor to suppress my underlying conditions of tonsillitis and laryngitis.

My Chama members Rasta, Mandevu, Gachoroge and Cobra did most of the buying though a few guys with whom I have a nodding acquittance also chipped in. I noticed that Mandevu had two “social consorts” whom he did not introduce to us.

When my eyes opened wide enough to see clearly, I introduced myself. In addition to my legendary fear of God and hot porridge, I have a mortal dread of Nigerian movies.

“In those movies, guys can recall a man from New York back home to marry a local girl by making him streak over the Atlantic Ocean like a rocket in a phenomenon that science is yet to explain.”

As usual, I told my listeners that I am one of the most learned men alive today.

“I have read David Mailu’s After 4:30pm and Charles Mangua’s Son of Woman. Currently, I am reading Charles Dicken’s Christmas Carol.”

When the buying power of those near me decreased, I made my trademark call: Coro Maii (the side-blown horn needs to be sprinkled with water to continue producing sound).

After they replenished my liquor, I began the day’s speech. I announced to fellow revellers that a book was at an advanced stage of development in my head. Anytime, I would begin typing the manuscript. “It is a collection of my best humour pieces,” I said.

Mandevu and his two “social consorts,” whom he did not introduce to us, got interested in my book talk. They moved closer to my table.

Mandevu said he would solve the problem of typing my manuscript.

“Just write your book in long hand and give these ladies to type and edit. They are accomplished essay writers,” he said.

To emphasise his case, Mandevu added that the two had helped even some professors to research and compile winning theses!

The mystery of Mandevu’s “social consorts” was no more. I could see they were entrepreneurs in “research writing.” Unfortunately, my project was not an academic piece.

I told him that my work did not remotely fall under the category of possible internet plagiarism that his two friends were familiar with. “There is nothing to copy from elsewhere and paste in my creative work, it is all original,” I told him.

Further, I advised him and his “social consorts” to go for a Christmas Covid-19 booster jab.  “Na mapema ndio best mtu wangu (The faster you do that, the better for all of us my friend).”

Gachoroge stood up and tapped Mandevu on his shoulder and pointed towards the exit of Gachuiri Beer Garden.

After the exit of Mandevu and his “social consorts,” we analysed the changing faces of Kenya’s cheating industry. We recounted our cheating past as some keen listener followed, open-mouthed in admiration.

I confessed to hiring a fake parent whenever I would be sent away from secondary school for indiscipline. This was before school heads had seen the light of registering parents using their ID cards when admitting students to form one.

So, I would pick a mean-looking bloke from a nearby slum and coach him on my father’s vital details. The man played the part too well to the extent that the principal believed he was my biological father.

“Give me this cane Mr headmaster,” he would yank the rod from the hesitant principal on occasion and chase me around for show. “Volkswagen!” He would swear, hitting me on my shoulders and head as we ran around the school compound.

At some point, he would throw the cane at me. The stick would whizz past, deliberately missing my skull, but landing on mabati roofs and making loud bangs. “Haki he will kill him,” all onlookers would urge the principal to intervene.

Rasta confessed to being the originator of a magical trick in cheating customers to buy fake goods.

“I was once a hawker and I had an unbreakable water glass which I used for display purposes,” he said.

He would expertly bang this glass on the metal handles of bus seats to prove its strength.

Actually, it was his metal bracelet that would make a sharp sound when it hit the metal and not the glass.

“Many times, customers would buy these unbreakable glasses in dozens and break some of them on bus seat handles as they tried to emulate my tricks,” he said.

But then he would invoke the rule which says that “goods once bought are never returned.”

Rasta dismissed Mandevu and his “social consorts” as beginners in the cheating game. “Hao watu waoge warudi soko (Mandevu and his consorts should rebrand themselves and come up with new tricks).

Gachoroge drew our attention to the latest innovation of the cheating industry where some people are posting fake obituaries about their loved ones.

As one of the most learned men around and a legend to boot, I thought about this chilling trick. My sustained suppression of tonsillitis and laryngitis had reached a level where solutions were now flowing effortlessly.

So, I outlined a measure that can stop cons from cheating that other people have died.

"The media should get confirmations of death through signed notices from employers, hospitals, clergymen, police, Nyumba Kumi elders or other authority figures in the community before running death and funeral announcements,” I declared and concluded: “Merry Christmas to you all.”

Post a comment
WATCH: The latest videos from the Star
by KENYAN LEGEND
Opinion
18 December 2022 - 08:51
Read The E-Paper