Why developing countries support WTO case against the US

•Well, the world is waiting with bated breath to see how the US responds to China’s accusations.

•The US has engaged in massive subsidising of its domestic chip manufacturing aimed at restricting China’s development of its semiconductor industry.

US President Donald Trump and Chinese President Xi Jinping at a working dinner after the G20 leaders summit in Buenos Aires in 2019. Escalated during the Trump era, the trade war has ended up costing the US economy more than it bargained for.
Image: REUTERS

That the United States is unrelenting in its trade war with China is now a foregone conclusion. Escalated during the term of former President Donald Trump, the trade war using increased tariffs has flopped and ended up costing the US’s economy more than it bargained for.

According to reports published in the “Asian Economic Papers” in 2018, the administrations of George W. Bush and Barack Obama imposed quotas and tariffs on Chinese textiles allegedly to shield US domestic producers, accusing China of exporting these products at dumping prices.

But this did not stop China from growing to the second-largest economy in the world. In addition, large Chinese economic initiatives like the Belt and Road captured global attention and interest. This made the US more paranoid and insecure about China’s rising economic, trade and geopolitical influence.

Worse still, according to an article published by Alex Durante on May 13 in “Tax Foundation”, a US think tank based in Washington, DC, the trade war has, rather than achieving its intention of protecting US industries, largely hurt the country’s economy.

Even with the foregoing bleak “shooting yourself in the foot” scenario, the US opened another front in its desperate quest to sabotage China’s economy. The superpower and its allies have increasingly embargoed Chinese tech and banned the sale of microchips in US-invested companies to Chinese firms.

In the latest attempt on December 14, US lawmakers introduced a bipartisan bill to sanction Chinese tech company Huawei Technologies Ltd and Chinese 5G companies from accessing US banks. Reason? That these "untrustworthy" Chinese companies are engaged in economic espionage against the US. The latter also accuses China of engaging in schemes that compromise its national security.

But no one is fooled any more by the excuses given by the US in the ongoing multipronged zero-sum game on China. The chips are down and the US is lashing out at anything moving out of China. The economic sabotage is an addition to U.S. claims of human rights abuse by China in the agriculturally endowed Xinjiang Autonomous Region where the superpower called for a global boycott of the region’s exports of high quality cotton.

It is now clear that all these stratagems are aimed at weakening Chinese enterprises both at home and overseas. But there is the bigger picture. The US belligerence against its geopolitical nemesis has negatively affected developing economies, most of which have plugged in the Chinese economy for investment and steady supply chains.

Which is why China has seen it prudent to present its case against the US at the World Trade Organization (WTO). On December 12, China sued the US through WTO’s dispute settlement mechanism over the former chip export controls.

The US has engaged in massive subsidising of its domestic chip manufacturing aimed at restricting China’s development of its semiconductor industry. China says that the US has abused export control measures through trade protectionism in the guise of national security.

US intention of isolating China from the Global South has become even more evident in the ongoing Africa summit in Washington. During one of the news items aired on December 14 on the show “Quest Means Business” show host Richard Quest asked a couple of African leaders who they preferred as a development partner between the two leading economies. 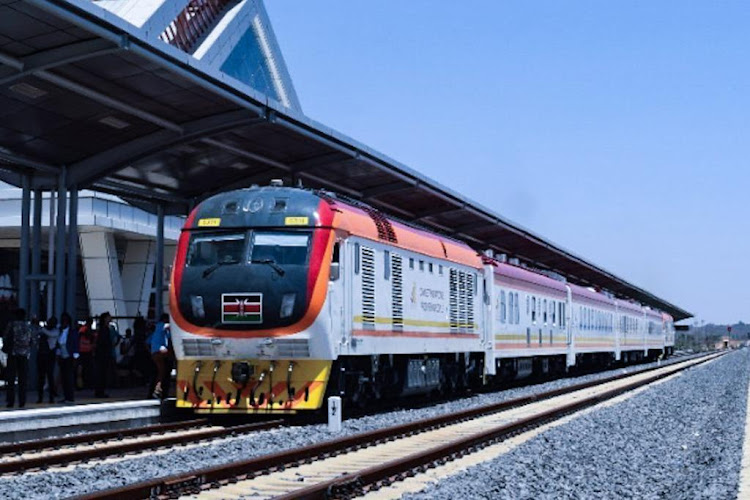 The Standard Gauge Railway in Kenya. China’s turnaround of projects in Africa is usually on time or even months before the deadline.
Image: FILE

The leaders felt cornered by such a leading and intimidating question at such an inopportune moment, and on a biased channel. Many of the respondents said they would choose both just to be polite to their host.

Unlike the US’s modus operandi, China sees the developing world as a destination of investment capital, not commodities. While China’s turnaround of projects in Africa is usually on time or even months before the deadline, the US keeps shifting goalposts and many of the planned projects either never take off or are mired in time-delaying tactics.

The developing world does not need any pontifications on who between China and the US is a fair-weather friend. While the US engaged in massive vaccine hoarding and apartheid, China went out of its way to donate billions of vaccine doses, expertise on fighting the pandemic and medical supplies to developing countries.

Furthermore, as the only major economy that grew at the height of the pandemic, China kept global supply chains oiled with essential commodities. This saved millions of jobs in both the trade and manufacturing sector of developing countries. Meanwhile, the Global South was below the radar of the US’s priorities, apart from debt relief tokenism.

Well, the world is waiting with bated breath to see how the US responds to China’s accusations. Not that there is anything new expected more than the now all too familiar lame excuses. The trade war has now gone full circle, which means that the US is finding it almost impossible to invent new reasons for its blatant anti-China trade protectionist policies.

China and the developing world today have a clear development agenda and cooperation whose tangible results can be seen and quantified. While the US is still hoodwinking developing countries with pie in the sky promises, China has put its money where its mouth is with infrastructural projects that have transformed millions of livelihoods.

Post a comment
WATCH: The latest videos from the Star
by STEPHEN NDEGWA
Opinion
18 December 2022 - 04:29
Read The E-Paper