Beyond tree planting, the boda boda men and women can provide an extensive network of climate change educators. 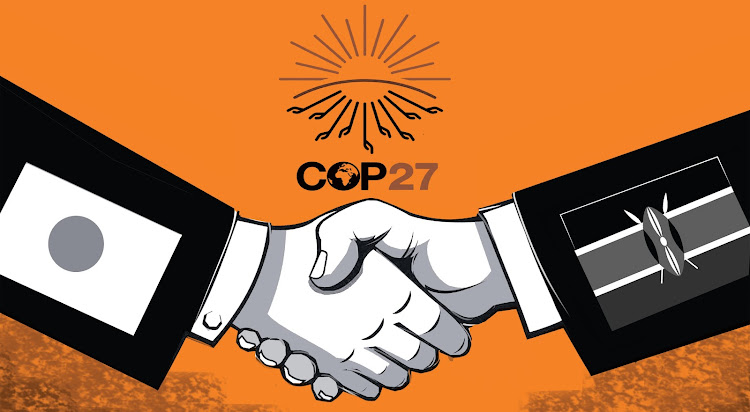 As the 27th United Nations Climate Change Conference (COP27), continues at the Sharm El-Sheikh in Egypt, the role and place of the grassroots and rural women and youth in climate action needs to be highlighted.

From the time she adopted the National Climate Change Response Strategy in 2010, Kenya has been on a consistent path of adopting policies, laws and institutions on climate change.

At the sub-national level, several county governments have enacted climate change laws and policies and are in the process of implementing them.

There is no shortage of policy or legislative frameworks on climate change, yet the impact of climate change continues to become greater and is now felt in every facet of life.

This year alone, almost 4 million Kenyans living in 27 counties are at risk of starvation due to drought, crop failure and loss of livestock.

Where, then, are the gaps? What are the missing links? Is the situation entirely bleak or hopeless?

A look at recent events reveals that certain things appear to be happening right, which presents the best opportunity yet for Kenya to link the normative prescriptions in laws and policies with everyday realities, lives and struggles of ordinary Kenyans to achieve a bigger impact in climate change adaptation, mitigation and resilience.

First, there is unprecedented political goodwill and focus on climate change at the highest level of government.

Since assuming office President William Ruto has consistently spoken about climate change, whether while addressing the world on the biggest global platform, the United Nations General Assembly in October, or worshipers in a church in rural Kenya.

Through this articulation, the national conversation is now increasingly focused on issues such as reforestation, clean energy and climate finance.

The choice of Soipan Tuya to spearhead the country’s climate action initiatives in her position as the Environment Cabinet Secretary was also fitting.

Tuya has been a consistent crusader for community land rights and environmental conservation.

The goodwill from the President and the First Lady is important for various reasons.

Rachel has been the brains behind Joyful Women Organisation, a women’s economic empowerment organisation with a wide network of grassroots women.

Through this movement and similar ones, efforts on climate change can easily reach millions of women in urban and rural areas alike.

This is a powerful opportunity because women are the main drivers of rural economic activity especially subsistence agriculture and livestock keeping, which contribute significantly to greenhouse gas emissions.

Once empowered with skills in climate-resilient agriculture, they can become influential agents of sustainable climate action.

Domestic chores such as cooking using firewood are responsible for the depletion of forest cover and are major contributors to greenhouse gases.

Women need to be supported to transition to clean and renewable energy for household chores through the use of solar jikos and solar lighting.

If targeted and involved in the proposed campaign to plant five billion trees in the next five years, they can contribute to faster achievement of the 30 per cent forest cover target.

Women often bear the brunt of conflicts and internal displacements that arise from climate change.

When communities fight over water sources or grazing land, women not only suffer physical harm but are forced to walk even longer distances in search of water.

JOYWO and other networks of grassroots women are a potent army of climate action agents.

During the election campaigns, the Kenya Kwanza “Hustler Nation” mantra succeeded in mobilising and creating consciousness among millions of unemployed youth and women (the hustlers) that they need to be active participants in the country’s economic and political life.

This consciousness must now be channelled to useful climate action initiatives.

The “hustlers” can become agents or champions of climate action.

Already, the President has indicated that the youth who were previously employed in the Kazi Mtaani programme will be involved in tree planting.

Beyond tree planting, the boda boda men and women and mama mboga can provide an extensive network of climate change educators.

They can be literal carriers of climate change messages.

The Hustlers Fund, which will be launched in December, provides an opportunity for the integration of climate actions into businesses that will be funded and, through it, the everyday hustles of beneficiaries.

Participating in cooperative societies or groups can be an avenue for educating members, raising their awareness of climate change and mobilising them to participate in initiatives such as tree planting.

Designers of the Fund can consider including a requirement that projects that promote clean energy (such as buying electric boda bodas as opposed to diesel-powered ones) or climate-resilient agribusiness initiatives stand a better chance of getting funded.

Climate financing must deliberately and aggressively target and involve the hustler youth and women.

All county governments must pass climate change policies and laws and implement them urgently and fully by ensuring that their planning and budgeting frameworks such as the county integrated development plans (CIDPs), annual development plans and annual budgets integrate climate adaptation, mitigation and resilience building actions.

Institutions such as the Controller of Budget, Council of Governors, the County Assemblies Forum and regional economic blocs like the Frontier Counties Development Council and the North Rift Economic Bloc must be supported so that they can help to build the capacities of county governments to effectively implement the climate change initiatives in a coherent and coordinated manner.

Sector-wide approaches, which bring together government, civil society, private sector and development partners, to coordinate their climate actions need to be adopted.

These actors cannot continue to operate in silos as they have done previously. We cannot afford to lose more time. The planet cannot afford it.

Advocates of the High Court of Kenya with an interest in Climate Change and Devolved Governance.

Fear 1.5C climate goal could be softened at talks

Climate change talks have been trying to limit the average rise in temperatures to 1.5C.
News
3 weeks ago