Expecting Miguna to go back to court to seek more relief is being stabbed in the back yet again.

•Seeing Miguna Miguna in Kenya was also a victory for the struggle that he and others have waged for his justice, for the rule of law, for the implementation of the 2010 Constitution, and for the restoration of humanity and justice to our Motherland. 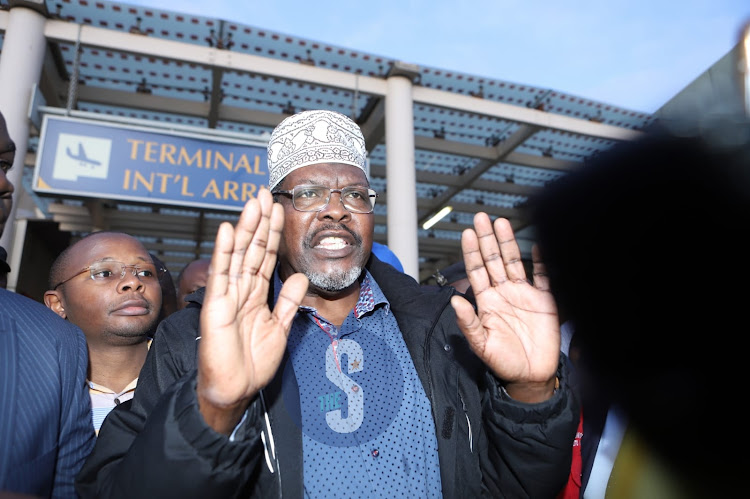 Wednesday morning this week was a great day for me.

I felt the kind of joy I felt on 20 October 1983 when I was released from Kamiti Maximum Security Prison to end my detention without trial.

Seeing Miguna Miguna in Kenya was also a victory for the struggle that he and others have waged for his justice, for the rule of law, for the implementation of the 2010 Constitution, and for the restoration of humanity and justice to our Motherland.

Before meeting him physically I knew of him from a debate that was ongoing in the Law School paper.

A white law student has responded to some article Miguna Miguna had written, ignored the substance of it, and focused on brushing up Miguna Miguna’s syntax.

He had made his response to make a great ideological and political point.

I was aware of Miguna Miguna's struggles at the University of Nairobi, his exile, and his activism.

As President Moi caved into demands for multipartisim we joined in that struggle from Canada.

As a comrade of Miguna Miguna, and as former Chief Justice I felt double pain when his humanity was torn in tatters. 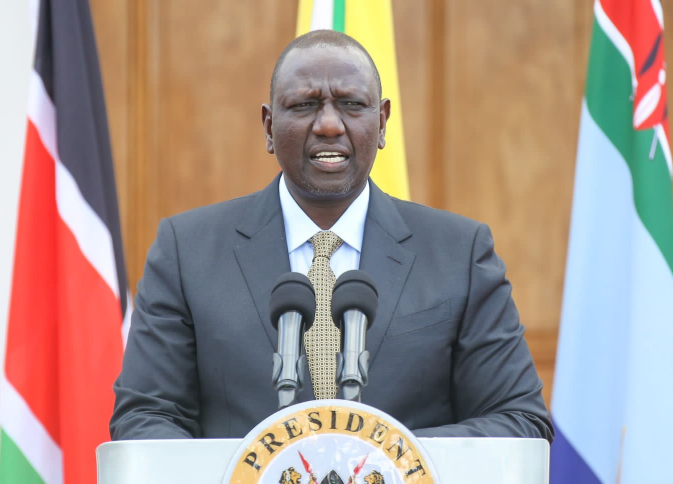 He sought help from the Temple of Justice and the High Court responded by vindicating his rights in not less than 17 court orders in his favour.

These orders were routinely disobeyed.

His house in Runda was bombed. He was drugged. He was sent on forced exile from his Motherland.

All this was naked subversion of the Rule of Law and the overthrow of the 2010 Constitution of Kenya.

The struggle for Miguna Miguna’s return did not dissipate, not with him robustly active on social media and with an army of Kenyans who resisted this gross injustice.

The new Kenya Kwanza government has done the right thing by allowing Miguna Miguna back. He is home.

His being home reminds me of a story the great revolutionary Malcolm X once told his audience.

He said if anyone stuck a knife in his back and pulled it out the wound would still remain.

Malcolm X was of the view that the removal of the knife was not the end of the matter.

And he said he was not expected to thank the oppressor who stabbed him in the first place.

And his wound needed to heal. That was part of the justice he expected.

Miguna Miguna confirmed to me that he has not received compensation as ordered by the courts.

This, in Malcolm X’s metaphor, is stabbing Miguna Miguna’s back yet again.

He needs this token compensation to start repairing his home and start building his life, too.

What gross inhumanity is this? Miguna Miguna is being stepped on when he is still on the ground! Why are reparations as ordered by the courts not being pursued with haste?

Expecting Miguna Miguna to go back to court to seek more relief is being stabbed in the back yet again.

Let the new government show that by removing the knife of the past government from his back it intends to make sure Kenyans see an expression that seeks forgiveness from Miguna Miguna, its regret, and a commitment to obeying court orders in its entirety.

The government cannot rest on the laurels of allowing Miguna Miguna to come to a homeless home that was bombed.

That, indeed, is adding salt to his wounds.

Let the Government Pay off Debts it Owes to Kenyans

The struggle for the obedience of court orders was not about Miguna Miguna only.

Indeed, because of this struggle political prisoners who had court orders for damages for illegal detentions and torture have been paid.

We thank the government for this.

Let us also remind the Government that there are numerous orders against it for payment by Kenyan citizens and their corporate counterparts. These debts have to be paid also.

It should not make sense to us that we prioritize paying off foreign debts when we owe our citizens debts we do not want to pay off.

This is not acceptable and sustainable.

We pay taxes to our government. Our government is a ruthless tax collector from the citizens.

Yet, it does not want to pay what it owes to the citizens! The only people who get away with not paying taxes are the rich, the cartels, and the foreign interests.

I hope our government will now collect taxes from those who do not pay so that it can meet its obligations of paying off its domestic debts and foreign debts.

I believe it actually very simple exercise. A Commissioner of Kenya Revenue Authority who wants to collect taxes will do it.

KRA knows those who have not paid taxes. They have the records.

I believe the National Intelligence Service has the records, too.

The Untouchables must pay taxes. If they cannot pay immediately then their properties should be charged until they pay off their taxes.

My Plea to President Ruto

Mr. President, thank you for removing the knife that the former government stabbed Miguna Miguna’s back.

For his wound to start healing ensure his compensation as ordered by the courts is paid forthwith so that he can have a home.

Count on our collective support as you make sure the untouchables in this country pay taxes.

Prioritize the paying off of domestic debts.

It is a patriotic thing to do. Let us not wait for first 100 hundred days of your government for this to be done.

Post a comment
WATCH: The latest videos from the Star
by WILLY MUTUNGA
Opinion
10 November 2022 - 21:39
Read The E-Paper