The destruction of natural habitats especially through change of land use has impacted negatively on the living conditions.

• Most of the climate change adaptation and mitigation interventions relate very closely to the measures required for restoring nature.

• We need integrated approaches to resource mobilization, interventions and creative handling of the biodiversity and climate change nexus. 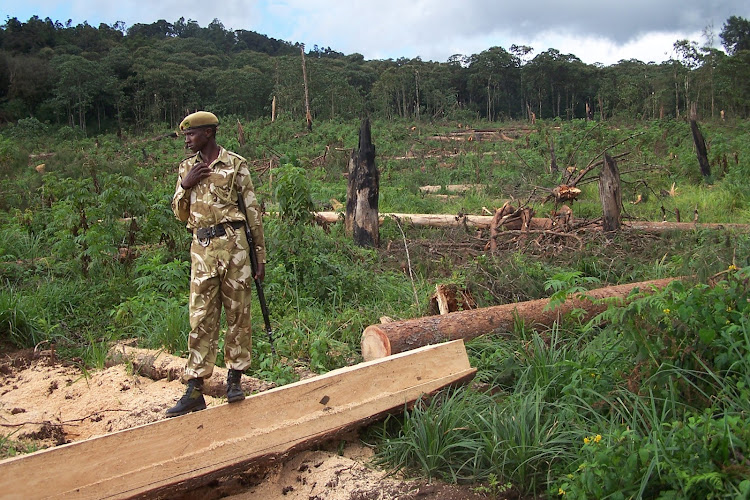 In the absence of high-level political will and a global push towards environmental protection, we are yet to see the full scale of dangers to humanity, given the recorded biodiversity loss because of the destruction of nature.

Human activities such as the conversion of forest lands into farmlands, destructive fishing methods, uncontrolled use of the blue economy, poaching, and traditional practices that allow animal sacrifices among others are threats to our nature.

However, many governments while fully supporting climate change mitigation and adaptation interventions, seem unbothered by the need to equally support efforts to protect biodiversity.

The media needs to focus on this issue as a matter of urgency and public interest.

The UN Convention on Biological Diversity (CBD) under the COP15 banner has failed to take off severally for various reasons, and will eventually take place in December 2022 in Canada under the Presidency of China with a focus on protecting 30 per cent of land and ocean.

The Paris Climate Change Agreement receives serious global attention including from heads of state, yet the two are equally important. Natural habitats especially forests are critical in reducing the earth's temperatures within 1.5C.

We need integrated approaches to resource mobilization, interventions and creative handling of the biodiversity and climate change nexus.

Most of the climate change adaptation and mitigation interventions relate very closely to the measures required for restoring nature and ensuring halting of the biodiversity loss.

During COP 27 in Egypt in November, there is a series of events/conferences focusing on biodiversity issues, and the nexus between climate change and the solutions being touted for restoring biodiversity loss including conversation, land restoration, combating desertification, and sustainable use of resources.

The CBD and its related Post 2020 Global Biodiversity Framework lacks the much-needed attention, yet the rate at which countries are destroying nature, and related loss of diversity is very worrying.

The destruction of natural habitats especially through the change in land use has impacted negatively on the living conditions of animal and plant species, with some having to migrate to new areas while many are dying.

World Wildlife Fund in its latest state of nature report of 2022 warns that a precipitous decline in the ecosystem is a threat to biodiversity. Wildlife populations have declined globally by 69 per cent since 1970.

The decline in freshwater species including mammals, birds, fish, and reptiles is even more concerning, currently standing at 83 per cent, blamed largely on the decline in the connectivity of habitats.

In Kenya among the species that have reported decline or near extinction include fish species in freshwater lakes such as Lake Victoria which include esurubana, echachu; the Tana River Mangbies-monkies in the Tana Delta.

Already, conservationists have warned about activities such as the charcoal trade rampant in Kwale and Kitui counties and the demand for firewood around the Kakamega Forest.

The drought reported in the 13 counties in the country and related animal-wildlife conflicts, trade in bushmeat and the negative impact on communities including the floods in Budalangi that have displaced people, Lake Victoria backflow that have seen beaches and water pumps threatened with submersion, disrupted harvests and related food insecurity fears to drying of water catchment areas, surges in malaria cases among other effects, focus on climate change mitigation.

According to the Kenya Health risk profile (World Bank, 2015), the risk of malaria and other vector-borne diseases is projected to increase in future due to changing climate conditions.

More severe and frequent flooding may displace communities and increase the risk of water-borne diseases, and higher temperatures may threaten food and nutritional security, agricultural livelihoods, and increase heat-related deaths among the elderly.

We need to be vigorous in not only enforcing the several laws on environmental protection that exist, which by extension give priority to the protection of nature and its rich biodiversity. but scale up education and public awareness on CBD and its implications.

Environmental protection and promotion now enjoy global attention, and the right to a safe, clean and healthy environment is provided for in law, while environmental polluters and criminals perpetrating trade in wildlife face stiff penalties.

But more importantly, we need aggressive interventions including public education, media focus and related on this front.

The realization of environmental rights is a very expensive excise and needs complementary efforts that will help in the immediate slowing down of the current biodiversity losses.

COP15 in Canada is coming and as many countries face the ravages of climate change, equal attention, vigour, and resources are needed on restoring our nature, by implementing many of the measures provided by the CBD.

The CBD was agreed to in 1992 following the Earth Summit in Brazil with a focus on conserving biodiversity, sustainable use of natural resources and fair sharing of benefits of using natural resources.

COP 15 will create a framework of actions for the next decade calling upon countries to save nature and by extension humanity- which depends on nature.

Once more, money, political will and media attention are required for the success of CBD and COP 15.

Bwire works at the Media Council of Kenya as the Director for Media Training and Development and is an environmental journalism tutor and writer.

Use of the pesticides pose great risk to farmers, local communities and consumers
News
1 month ago

Currently, the planet is facing severe and unprecedented weather conditions
Opinion
1 month ago

These include switching to vital agricultural practices such as crop rotation and restoring coastal wetlands.
Opinion
1 month ago
Post a comment
WATCH: The latest videos from the Star
by VICTOR BWIRE
Opinion
31 October 2022 - 16:17
Read The E-Paper