VICTOR BWIRE: What KBC needs to bounce back to life

It remains a national broadcaster with a huge potential in changing the media landscape.

• The presentation by the Cabinet Secretary nominee for ICT and Digital Economy Eliud Owalo and the subsequent public comments made on the same is an interesting conversation that we must have.

• It is no doubt that KBC has huge potential and will help immensely in changing the media landscape in Kenya including access to information should it operate at the optimum. 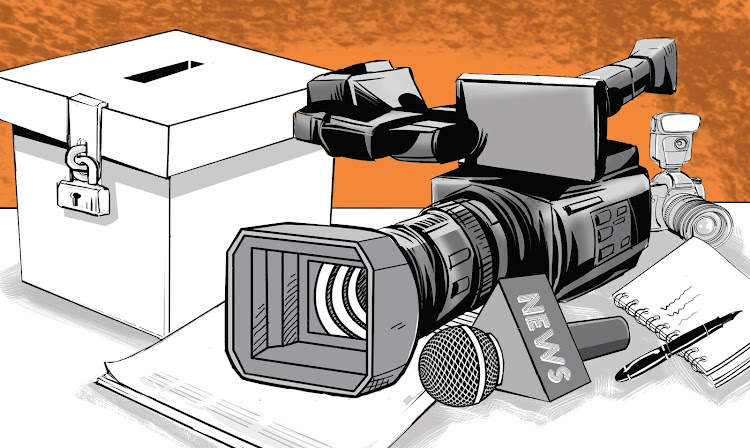 The restructuring of the Kenya Broadcasting Corporation (KBC) is long overdue.

The presentation by the Cabinet Secretary nominee for ICT and Digital Economy Eliud Owalo and the subsequent public comments made on the same is an interesting conversation that we must have.

It is no doubt that KBC has huge potential and will help immensely in changing the media landscape in Kenya including access to information should it operate at the optimum.

A study by the African Governance Monitoring and Advocacy Project Open Society Initiative for Eastern Africa and Open Society Media Program established that the KBC has debts that can rarely be authenticated and administrative challenges inconsistent with current broadcasting trends.

But what will it take to get the national broadcaster up again?

Rejuvenating the staff, reorganizing their finances, redoing many of the existing service contracts and changing the funding model will put KBC on fire once again.

While many people will push the debate on the review of KBC towards editorial contribution, having accessed the KBC content since the Moi-Kibaki-Uhuru presidencies, what is required is more of the structure, funding model, access and use of its resources.

As a news institution, many times, its competitive edge is muzzled by administrative fiat, public sector procedures and external considerations rather than professionalism.

KBC remains choked in debts that run several years back, mired in service contracts with third parties; some in secrecy while others seem to hugely disadvantage the agency, among other budgetary constraints.

If dealt with, the broadcaster will no doubt be a major player in the media sector.

Staff and competency are not a challenge at the broadcaster currently and the quality of content has improved tremendously over the years.

KBC has only one functional Outside Broadcasting TV Van. It has two obsolete Radio OB vans.

In 2017 KBC established the studio mashinani project in collaboration with the Ministry of ICT. KBC has five audio studios in Lang’ata (2), Mombasa, Kisumu and Komarock. It has audio Mashinani studios in Kitui and Eldoret.

It has commercial services, capable of generating income like the other private commercial stations are doing.

KBC has two national services; Radio Taifa and English service that serves public and commercial interests. It has a Regional Service, broadcasting in 11 vernacular languages with footprints in Nairobi and Mombasa It also has a Western Service based in Kisumu that broadcasts in 4 languages; Kisuba, Kiteso, Pokot and Kuria.

KBC has five Radio and three TV in broadcasting Studios in Nairobi. It has one radio production studio in Kisumu and one in Mombasa.

None of the studios are used for commercial purposes. KBC DOES NOT lease out its facilities for hire.

KBC has a contributory medical scheme. Employees are covered by MADISON insurance and NHIF medical cover.

As currently operating, KBC is a state broadcaster by law- the KBC Act 1989 - is fully owned by the Government and operates under the parastatal act - which provides it with semi-autonomous status.

KBC does not sell permits for Radio and TV. This was stopped by parliament in 2003.

As currently operating, KBC is a state broadcaster by law- the KBC Act 1989 - is fully owned by the Government and operates under the parastatal act - which provides it with semi-autonomous status- primarily to generate some revenue.

But sometimes, it puts on the face of being a public broadcaster thus some confusion in terms of sources of revenue, which is the main problem at the station.

Borrowing from the African Declaration of Principles on Freedom of Expression, which requires that the State and Government controlled broadcasters be transformed into public services broadcasters, accountable to the public through the legislature rather than the government, the Broadcasting regulations 2009 brings a lot of confusion by saying KBC should not lease or transfer frequencies to other organizations.

Just like the rest of the world, the impact of COVID-19 has not seen a relative development in terms of job creation, quality of content, diversity and plurality in voices and both viability and sustainability.

The industry is readjusting, just like the rest of the sectors being supported with several financial recovery packages.

It's only when media enterprises are self-sustaining – financially liberated from corruptive practices, government influence, or dependence on foreign non-governmental organizations– that they will be more likely to assert and maintain their editorial freedom and required independence.

The media business is a very expensive investment. The operating environment must be made conducive to allow the sector to not only play its central role in the democratic process but be able to make returns from the business.

With nearly 200 radio stations, 130 television stations, 100 print publications and 1000 online media outlets, the media industry in Kenya is a big contributor to the national economy and employer, thus should not just be looked at in terms of news reporting.

Averagely one requires Sh700,000 to start a community radio station and Sh3m for a small commercial station, including the costs of registering a company, acquiring broadcasting equipment and hire of staff.

An average Television station requires Sh10m to start and operate annually in Kenya.

The cost of for example content distribution for a national TV station with one channel is Sh300,000 per month, and the cost of acquiring a licence is Sh180,000 having been revised from Sh300,000 previously.

The cost of equipment installation for TV is nearly Sh5m. For newspapers, in addition to the investment in equipment and staff, the Books and Newspaper Act requires that you deposit a bond.

In addition, the media enterprises have to pay the other relevant national and county government levies which have made the business very expensive.

In addition, many of the media enterprises are still run as family entities shrouded in mysteries and thus have not benefitted from the advantages that come with registering with the Capital Markets Authority or related.

The Star journalist  Akello Odenyo will be CJAK’s, Secretary General.
News
1 month ago
Post a comment
WATCH: The latest videos from the Star
by VICTOR BWIRE
Opinion
25 October 2022 - 19:37
Read The E-Paper