It should not be the President ordering the IG to disband any unit of the police.

•President Ruto has noted that he directed the disbandment of the squad as part of his plan to address extra-judicial killings in the country.

•The Constitution of Kenya 2010 envisioned an independent Police away from the influence of the whims of the executive. 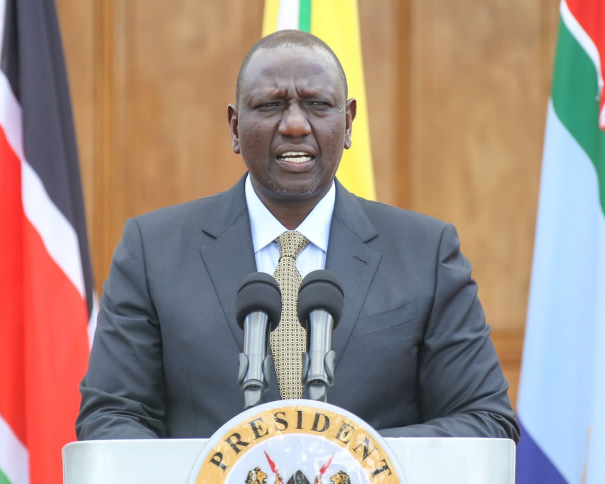 On Sunday while speaking at an interdenominational prayer service at Kericho Green Stadium in Kericho County, President William Ruto admitted the existence of a killer squad sanctioned by the government.

The President announced to the nation that he had ordered the disbandment of the Directorate of Criminal Investigations (DCI)'s Special Service Unit (SSU) that had become killers, instead of protectors of Kenyans.

The DCI that Sunday followed the President's declaration by announcing the SSU's dissolution, attributing the choice to order from the acting Inspector General of Police Noor Gabow.

Gabow, in a statement, said, he had summoned all officers assigned to the disbanded unit to DCI Headquarters for further guidance.

President Ruto has noted that he directed the disbandment of the squad as part of his plan to address extra-judicial killings in the country.

While these admissions and disbandment of the killer squad by non-other but the President himself might be welcomed as a breath of fresh air and an effort towards ending extra-judicial killings, it raises more questions than answers.

One of the most relevant questions raised by this incident is the President’s role in police work and the independence of the National Police Service.

The Constitution of Kenya 2010 envisioned an independent Police away from the influence of the whims of the executive.

For instance, article 245(1)(b) of the Constitution requires that the National Police Service be under the independent command of the Inspector General of Police (IG).

This implies that the buck stops with the IG and not the President. That it should not be the President ordering the IG to disband any unit of the police.

Doing so is unconstitutional and goes against the principle of separation of powers.

The reason the framers of the constitution ensured that the police is independent was informed by the successive regimes since colonial who have misused the police for their political goals.

Our memories are still fresh of how President Moi and Uhuru Kenyatta through impunity used the police against their political rivals, meting violence to them.

Unless you are a visitor in Jerusalem, everyone acknowledges that successive regimes have time and again abused and misused the powers of police.

The use of state-sanctioned brute force by the police has led to the lost lives and maiming of vulnerable Kenyans.

For the last three years alone, Independent Medico-Legal Unit has reported over 500 cases of police brutality. This year alone we have had 37 deaths as a result of torture recorded with four being in police custody.

As part of addressing these excesses, there is a need to professionalise the police service to ensure they are not controlled by politicians.

The police are expected to strive for the highest standards of professionalism and discipline, prevent corruption, and promote and practice transparency and accountability.

The fact that President Ruto ordered the disbandment of the SSU unit, clearly demonstrates that the Police Service is yet to achieve its independence as outlined in the Constitution.

Without advertisement nor rigorous attending interviews, the President nominated Japhet Koome as the next Inspector General of Police. Not even the National Police Service Commission was involved yet Article 246 (3) gives the Commission the mandate to recruit and appoint persons to hold or act in the office of the police service, confirm appointments and determine promotions and transfers within the National Police Service.

The act of Ruto just like his predecessor has gone against the tenets of the constitution.

This has left the appointment of IG in hands of the politicians (President and MPs) by sidelining the NPSC which is constitutionally mandated in the recruitment of the IG.

The only IG who was constitutionally appointed is Mr Kimaiyo. For effective and efficient police, the constitutional bodies have to be allowed the space to exercise their duties. Otherwise, it will be a case of insanity in doing the same thing over and over and expecting different results.

Post a comment
WATCH: The latest videos from the Star
by Livingstone Nyando and Sarah Nyakio
Opinion
18 October 2022 - 15:29
Read The E-Paper