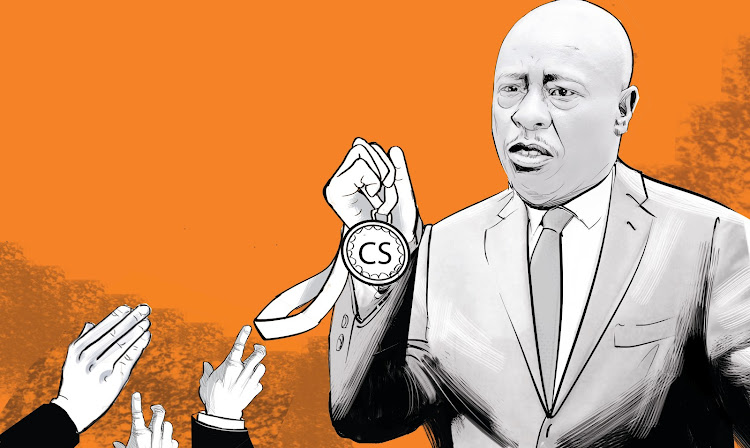 Last weekend Deputy President Rigathi Gachagua said the Kenya Kwanza government will reward the coalition founders first then Johnny-come-latelies will follow. This statement came soon after the Public Service Commission revised the shortlisted candidates for Principal Secretary from 477 to 585.

Gachagua’s statement implies that the Kenya Kwanza government will appoint loyalists who stood with the alliance through thick and thin during the general election. Some of the loyalists gave their time and funds with some expectations.

This seems to be the most distinctive feature of Kenya's general election—that the party that wins rewards loyalists. The Kenyan political establishment seems to forget in a hurry that political state officials have been a stumbling block to efforts to wipe out nepotism, negative ethnicity and corruption, among many other vices.

DP Gachagua’s statements have been loved and hated in equal measure. He has said a number of times that his statements were misquoted. The DP is always in campaign mode yet Kenyans of all political persuasions expect service rather than lots of talking.

Law number four of Robert Greene's 48 laws of power states that one should talk less. The talk of rewarding political loyalists is causing more division than unity, which is very important for social and economic development.

Chapter Six of the 2010 Constitution emphasises that state officers' conduct should be beyond reproach. Further, state officers should respect the values, principles and requirements of the Constitution. Therefore, a state officer has the responsibility to serve the people of Kenya not to rule them.

If the Kenya Kwanza government is borrowing a leaf from its predecessor, the Jubilee government where state officers were loyal to the party, it is a signal of poor governance.

Rewarding with public positions and winner takes it all make Kenyan general elections a matter of life and death. It begs the question, doesn't the country have technocrats who can serve the populace with fidelity to the Constitution?

Instead, it seems state officers will be party loyalists who will be answerable to the king, whether he is right or wrong. Party loyalists will always support party policies without question. Whereas it is good to reward loyalists, it should be done with Chapter Six of the Constitution in mind.

If the Kenya Kwanza government is borrowing a leaf from its predecessor, the Jubilee government where state officers were loyal to the party, it is a signal of poor governance.

During the Jubilee government, there were reported mega corruption scandals, real and imaginary, but little was done to curb the vice. If the appointment of political state officers loyal to Jubilee government was the cause of corruption, then the Kenya Kwanza government will have a poor scorecard after five years.

Two wrongs don’t make a right. The Kenya Kwanza government should not repeat the mistakes of its predecessors.

State officers' loyalty should be to the Constitution and not to political parties. One of the possible reasons corruption has continued to thrive in Kenya is loyalty to party and the rewarding of loyalists.

In his book Corruptible: Who gets power and how it changes us, author Brian Klass asks does power corrupt or are corrupt people drawn to power?

Some of the politicians proposed to state officer positions failed in the August 9 general election and some are dogged by corruption allegations. Could it be their main motivation for seeking these positions is to maintain power and image at the expense of serving the citizenry?

The DP said once they clean the mess, oversighting can start.
News
1 month ago

He blamed the cancellations on lack of evidence caused by false testimonies.
News
1 month ago

This is also Bomet Woman rep Toto's first trip outside the country.
News
1 month ago
Post a comment
WATCH: The latest videos from the Star
by MARTIN OLANDO
Opinion
17 October 2022 - 04:00
Read The E-Paper