Kenyans have borne the brunt of embezzlement of public resources

•Corruption has for decades proven to be an impediment to the country’s economic, social and political growth.

•Despite significant gains, misuse of public resources continues to thrive. 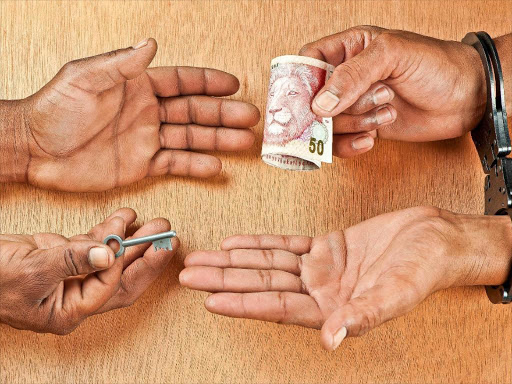 The grueling political campaign season has come to a peaceful end.

New administrations at the national and county levels are taking shape.

A new president, governors, and members of parliament have taken the oath of office.

All members of county assemblies will also be sworn into office by the end of the week.

In view of the above, it is no doubt time to fold the sleeves and work on delivering the promises made to the electorate.

But even as the new governments lay the foundation on which to anchor service delivery for the next five years, President William Ruto's government must ready himself for the elephant in the room; corruption.

Corruption has for decades proven to be an impediment to the country’s economic, social and political growth.

Since the 90s, Kenya has achieved notable advancements toward greater democratisation and institutionalisation of independent agencies whose key mandates include mainstreaming transparency and accountability in the management of public resources.

Despite significant gains, misuses of public resources continue to thrive.

The manner in which we have dealt with integrity issues thus far means many perpetrators of corruption sit pretty knowing they are unlikely to be held to account for any of their actions.

There is apprehension over the escalation of corruption in the coming days unless new and decisive measures are put in place to prevent, investigate, prosecute corrupt practices and recover any corruptly acquired benefits.

It now behoves the new President to act decisively on corruption in order to safeguard public resources from theft and misappropriation.

Constitutional independent bodies mandated to oversee the use of public resources should be empowered to effectively discharge their roles.

Kenyans have borne the brunt of embezzlement of public resources by corrupt officials for years.

Billions of shillings have been unaccounted for, with most of the perpetrators of such acts going scot-free.

Corruption distorts markets, undermining market forces that ordinarily would ensure quality goods and services are acquired at the most competitive price.

Corruption in a country's political and economic affairs harms the entire society.

Corruption makes it easier for people to use money and power improperly or unfairly to further their own interests at the expense of taxpayers.

Due to the high costs involved, public procurement is the most susceptible to corruption and low-hanging fruit for unscrupulous officials and their partners in the private sector.

Procurement malpractice leads to acquisition at exorbitant costs, and poor or failed projects that lead to massive losses to taxpayers, both directly and indirectly.

The Kenya Kwanza campaign was anchored on a manifesto geared towards improving the lives of the people at the bottom of the pyramid by reducing the cost of living and creating a conducive business environment.

This may not be realised without decisive action being taken to prevent and punish corruption.

Small firms find it difficult to operate in a corrupt environment.

They must contend with unfair competition and illegal pressure from powerful corporations who boast of networks in government.

Due to corruption, firms evade registration in order to avoid paying taxes, creating a shadow economy.

Because they are not a part of the formal economy, businesses generate money that is not taxable by the government or included in the calculation of the country's GDP.

Investors seeking an open, competitive economic climate will steer clear of a country with high levels of corruption.

Even while investing in emerging economies is still a prominent investment strategy, it is obvious that investors would be hesitant to risk their money in countries with a long history of rampant corruption.

The degree of corruption in a country directly affects how competitive the investment climate is perceived.

President William Ruto has pronounced his commitment to fight corruption and corrupt cartels.

If he succeeds, Kenya wins. If he fails, Kenya’s vision of a prosperous, equal nation gets kicked further down the line.

Post a comment
WATCH: The latest videos from the Star
by DERRICK NGAIRA and SAMUEL KIMEU
Opinion
21 September 2022 - 09:15
Read The E-Paper