•It might not have caught the attention of many but among those who follow the climate change discussions, showing interest in pushing the realization of energy sovereignty in Africa excites.

•The energy deficit in our country is something that must be tackled ruthlessly if we must solve this. 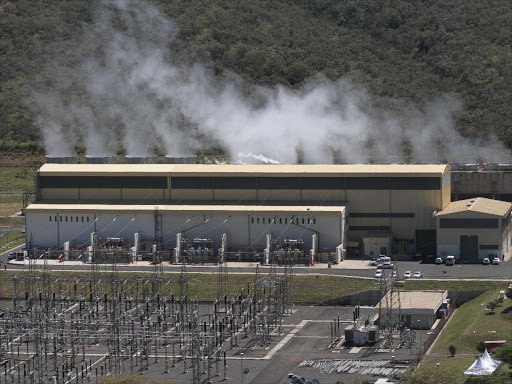 Amidst a growing realization that Kenya is facing energy poverty just like the rest of the countries in Africa, President William Ruto made a very powerful mention of his intention to reverse this trend.

It might not have caught the attention of many but among those who follow the climate change discussions, showing interest in pushing the realization of energy sovereignty in Africa excites.

The energy deficit in our country is something that must be tackled ruthlessly if we must solve this.

The country is highly endowed with several energy sources including geothermal, solar, wind and hydro-logical sources.

It is embarrassing when citizens struggle to access clean energy simply because of ambiguous and conservative policies, inefficient monopolies, stressed financial resources and corruption in the sector.

In his speech, the President noted that Kenya is on a transition to 100 per cent clean energy by 2030 and affirmed his commitment to the same.

Ruto acknowledged that access to clean and improved cooking solutions as a contribution to Kenyans' efforts towards adopting climate change resilience remains a challenge because of financing.

He particularly noted that the clean cooking sector requires urgent attention, because its continued neglect will frustrate the country’s efforts towards dealing with pollution, improved health through decreased disease burden and mitigating adverse effects of climate change.

The President noted that it's possible to achieve this by reducing the costs of renewable energy technologies making them the most viable energy source.

Universal access to clean, reliable, modern, affordable and sustainable energy as a prerequisite for Agenda 2063 remains a big challenge.

This is seen through the corruption in the sector, secret negotiation of power purchase agreements, non-disclosure of electricity price per unit kilo watt hour, low voltage, blackouts and reduced production in the manufacturing sector.

Do you remember the token issue in Kenya, the Power Purchase Agreements and related?

We have frequent power blackouts because of faulty transformers.

At the policy level, a solar-producing firm with the capital to put up a serious solar production and distribution network in Busia County called Kudura cannot do that because of the monopoly.

Note that over 600 million people do not have access to electricity while 900 million people lack access to clean cooking energy in Africa, yet there’s still no clear investment plan to meet these clean energy needs even as the population grows.

In a study by the CCAK and the Ministry of Energy entitled Kenya Household Cooking Sector Study released recently, 93.2 per cent of Kenyans in rural areas still rely on solid fuels as their primary fuel source.

Using clean cooking solutions will support the Government to restore Kenya’s forest cover to 10 per cent from the current 7 per cent.

Over the last 15 years, nearly 8,000 Megawatts have been developed by several players including private and small-scale innovative players.

But they are yet to be admitted to the National Grid, for whatever reasons, largely attributed to policymakers.

Thus we continue suffering not because of lacking but leadership in the sector and policy direction.

For example, South Africa with a population of 60 million people has been able to admit 58,000 Megawatts in their national grid from various developers with ESKOM leading the pack.

Nigeria with a population of 200 million people has been able to admit approximately 6,000 Megawatts only in their national grid paving way for rampant blackouts in the most populous African Country with the largest GDP in Africa.

Mozambique with a population of 31 million people has been able to admit 12,000 Megawatts to their National Grid.

Zambia with a population of 18 million people has injected 3,000 Megawatts into its National Grid.

Mr President, there’s an urgent need for a collective approach by the sector especially at the policy-making level to salvage this ailing sector that runs our day-to-day activities.

Kenya’s Vision 2030 and related documents like the country’s national climate change strategy and the Green Growth strategy mention this commitment.

Germany is Europe's biggest importer of Russian gas, and has been particularly squeezed as Russia has reduced supplies in recent months.
News
4 months ago

African nations urged to be wary of 'imperial' Russia

Duda said Russia's growing influence in Africa was a "new attempt at colonization".
News
4 months ago

Policies and regulations on climate change activities should be based on data and evidence,
Opinion
4 months ago
Post a comment
WATCH: The latest videos from the Star
by VICTOR BWIRE
Opinion
21 September 2022 - 19:38
Read The E-Paper