KAHIU: Why talking about being suicidal is vital

Studies show that hopelessness is a strong predictor of suicide

• Furthermore, for each suicide, there are more than 20 attempts. 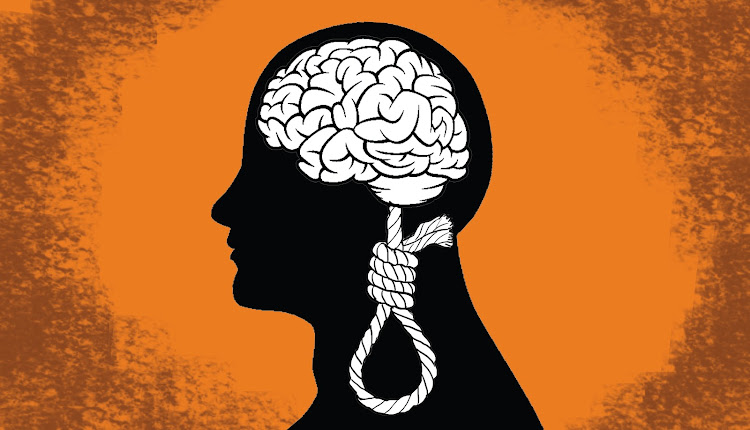 DEPRESSION WHO reports that Covid-19 has caused a 25% increase in prevalence of anxiety and depression worldwide.
Image: STAR ILLUSTRATION

Suicide touches all of us. Most of us have known or loved at least one person who took their life or who lives in the aftermath of losing a friend to a family member to suicide.

World Health Organization data shows more than 700,000 people die by suicide every year. Furthermore, for each suicide, there are more than 20 attempts. A prior suicide attempt is the single most important risk factor in the general population.

Many of us grew up believing people who took their lives were crazy, selfish or morally defective. Medical research has, however, proven suicidal thoughts are usually the result of psychiatric conditions such as depression, anxiety or schizophrenia. This has, however, not helped us feel more comfortable talking about suicide.

There is no single reason why someone might contemplate suicide. It is often the culmination of several factors that present the person with a one way fits all solution — that death is the only and the best way out.

From the person’s point of view, it’s a logical decision based on illogical reasoning, thoughts, and emotions. People who experience suicidal thoughts often do not want to die but desperately want to escape unbearable suffering. Despite their desire for the pain to stop, they are deeply conflicted about the act of suicide and wish there was an alternative. Most people who commit suicide talk about ending their lives before taking action. Thus, any mention of suicidal thoughts or plans should be taken seriously.

It can be scary to know someone you care about is thinking of ending their life. Studies show that hopelessness is a strong predictor of suicide. People who feel hopeless talk of unbearable feelings, a bleak future and having nothing to look forward to. Conversely, several factors increase suicide attempts and completed suicides including, but not limited to medication, mental illness, access to alcohol and drugs, substance use disorders, life experiences, economic instability and physical illnesses.

Understanding the causes of suicidal behavior will clarify the roots of the patient’s self-destructive path and help the clinician determine the appropriate treatment. Once the patient is safe, the underlying dynamics can be addressed.

September is the National Suicide Prevention Month and on September 10, World Suicide Prevention Day is marked. This year’s theme is “creating hope through action.” It serves as a reminder that there is an alternative to suicide and inspires confidence.

By creating hope through action, we can signal to people experiencing suicidal thoughts there is hope and we care and want to support them. It also suggests our actions, no matter how big or small, may provide hope to those who are struggling.

By raising awareness, reducing the stigma around suicide, and encouraging well-informed action, we can reduce the cases around the world. We should be willing to ask uncomfortable questions and have difficult conversations and fewer people in our lives will die by suicide.

Lastly, there is a need to prioritize suicide prevention as a public health agenda, particularly where access to mental health services and availability of evidence-based interventions are already low.

We can all play a role in supporting those experiencing a suicidal crisis or those bereaved by whether as a member of society, child, parent, friend, and colleague or as people with lived experience.

We should encourage understanding of the issue, reach out to people who are struggling, and share our experiences. Let us all create hope through action and be the light.

Caroline Kahiu is a substance use prevention advocate

He reiterated the need to establish mental health facilities across the county.
News
2 weeks ago

Did he tear up his trousers in cell and hang himself?

J&J will support the mental health agenda in the country including training psychiatric nurses.
News
3 weeks ago
Post a comment
WATCH: The latest videos from the Star
by CAROLINE KAHIU
Opinion
13 September 2022 - 05:00
Read The E-Paper