The county administration has received nearly Sh90 billion in equitable share in the last 10 years of devolution.

• Manifestation of Wajir of old that of the pre-devolution days, still abound to the naked eye.

• Wajir General Hospital has modern structures by any standard. But it has neither personnel, drugs, water, equipment nor electricity. 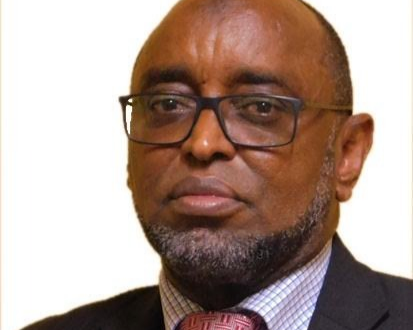 More than two months, in the heat of the just concluded general election, I had a rare opportunity to traverse the hook and cranny of Wajir County.

Wajir is the third largest county in Kenya after Marsabit and Turkana and consists of six large constituencies spread over an area of 55, 840.6 square kilometres with a population of 720,000 people.

Although born here, I had never had a chance to traverse it the way I did in the 70 days as part of Dr Hassan M Aden election campaign team.

Dr Hassan was the Jubilee Party gubernatorial candidate in the polls. He is the proprietor of Nairobi South C Hospital, a senior consultant gynecologist and philanthropist.

The tour was a real case study that left me with a deeper understanding on the general state of development in the county.

The county administration has received nearly Sh90 billion in equitable shares in the last 10 years of devolution.

Added to this is the financial support from the national government and other development agencies that have poured into the county during this period.

To me, little has changed in Wajir county in terms of socio-economic development in the post-devolution era.

Manifestation of Wajir of old that of the pre-devolution days, still abound to the naked eye.

Wajir General Hospital has modern structures by any standard. But it has neither personnel, drugs, water, equipment nor electricity.

Doctors are said to have conducted a caesarean operation using a battery-powered torch and at the height of the Covid pandemic, the oxygen for the hospital was donated by Nairobi C South Hospital and Elwak Health Centre of Mandera county.

Equally, Wajir is the only space in the world where residents still use the old primitive and unhygienic buckets as toilets for sewerage and sanitation. Experts have warned that it is an environmental disaster in waiting unless the situation is reversed.

The funds allocated to the county end up lining the pockets of a few, privileged individuals.

Projects are implemented not for their utility value but out of the desire to create opportunities for these oligarchs.

Meant to take services closer to the people, successive county governments have floundered a golden opportunity of building up on the firm foundation that was laid by the then Ministry of Northern Kenya and other Arid lands during the grand coalition government.

In short, the story of devolution in Wajir county is through the implementation of projects that are contract driven as opposed to service to the people.

It is called contract-driven development compared to socio-economic development.

The then Ministry of Northern Kenya in 2008 initiated two major projects that were adjudged as priorities for the then Wajir district.

The first was the now famous water and sewerage project which was to supply fresh water to the township from Meri-Habswein which has a rich freshwater aquifer.

The design of the project was completed by the Ministry of Water Development in 2009 at a cost of Sh2 billion, for water supply, and another Sh700 million for sewerage.

The sewerage project took off but with a completion rate of 50 per cent stalled after the first county government took over.

It was subsequently destroyed during the construction of the 24km tarmac road in Wajir township.

Livestock production – the rearing of camels, cattle, sheep and goats in a nomadic pastoral production system – remains another old economic culture of Wajir.

In order to modernise the livestock sector, the Ministry of Northern Kenya established a livestock and export abattoir which was located in Wajir township.

Experts had warned against locating the project in the township after a full-scale feasibility study was undertaken in all the eight former districts of northern Kenya – Wajir, Garissa, Mandera, Isiolo, Marsabit, Samburu and Laikipia.

An export abattoir requires a massive water supply to clean the carcasses and the factory which Wajir does not have.

The level recommended by the Food and Agricultural Organisation (FAO) and the European Union is 20 litres to clean a kilo of the carcass.

On a conservative scale, a 200kg carcass requires 4000 litres of water which is in line with the established standards.

The abattoir was condemned on basis of the quantity and quality of water available in the township.

This is despite the county government’s move to pump money there consistently.

The water is saline and EU standards require it should be inspected after every six months to detect any traces of chemicals.

The recommended location of the abattoir was Habswein because of its rich fresh Merti water aquifer.

With the advent of devolution, the Wajir county government abandoned these projects and embarked on capital-intensive infrastructure as priority projects for the county.

These facilities provide a perfect allure to the naked eye. But they are not operational for a lack of equipment, personnel and medicine.

There is a day we arrived at Hadado sub-county headquarters after a bandit attack in which four people died and several others were injured.

There was a big number of women at the local health centre who was crying helplessly.

Beautiful from the outside, the facility had no drugs and despite being a medic Dr Hassan could not offer professional support which he was itching to.

Instead, the structure had been turned into a mortuary for washing the dead bodies as they prepared them for burial.

There has been limited construction of water points – boreholes and pans in their county through the effort of the national government, development partners and to a degree the county government over many years.

Most parts of the county depend on water trucking which is insufficient and unaffordable for domestic supply.

In fact, 3 people are said to have died due to a lack of drinking water in the Tarbaj constituency in the last few months.

Other projects like the construction of offices for county government administrative and political staff have been undertaken.

But all are not operational much as small roads, schools and markets. I saw cases of well-fenced schools, but which have only one or two teachers.

Yet, the contractor who fenced the school was paid Sh20 million which can employ and pay about 10 teachers for five years at the rate of Sh30,000 per month.

Lack of priority and planning on the part of the county government has worsened insecurity in the county, which has both international and intercounty dimensions.

The porous Kenya/Somali border has created an enabling environment for idle youths to engage in crimes like drugs, terror and radicalism. The tragedy is that the county looks helplessly to deal with this time bomb.

Don’t forget the county has experienced poor education transition from primary to secondary to tertiary institutions.

The intercounty dimension symbolised the conflict on resources for use by livestock animals.