•An article published by the Washington DC-based research group, Brookings Institution, on August 3 betrayed the deep resentment by the US towards China’s unprecedented economic development.

•The second largest economy in the world is also strategically located to make sustainable trade and investment forays to the landlocked country. 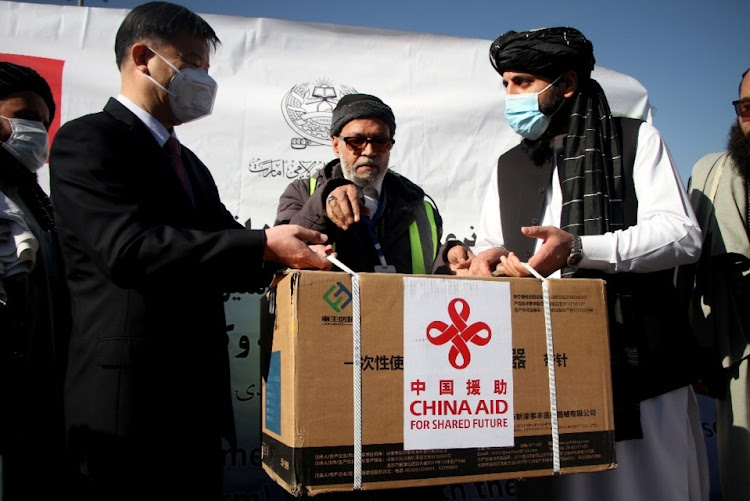 Afghanistan received 800,000 doses of Covid-19 vaccines and syringes donated by China, on December 8, 2021. The vaccines were the first batch of a 3-million-dose donation under a 200-million-yuan ($31 million) emergency humanitarian assistance program for Afghanistan by the Chinese government during the pandemic.
Image: Chinese Embassy in Afghanistan

The statement by Chinese Foreign Ministry spokesperson Zhao Lijian on August 30 urging the United States (US) to unfreeze and repatriate Afghanistan’s assets totaling US$7 billion should make sense to everyone.

Of course, apart from the US that has embargoed the country’s Central Bank funds as 25 million Afghans live in abject poverty, courtesy of the US’s 20-year misadventure in the guise of fighting terrorism.

The US is adding insult to injury in what now appears as sheer punishment of innocent Afghans. As a recent CGTN poll revealed, the vast majority of the citizens have no kind words on the US’s uncalled for two-decade intervention. They actually feel that the superpower has worsened the situation and the freezing of the assets was "purely looting".

The US has not said what will eventually happen to the monies since it appears not willing to release them to the Taliban government any time soon. Therefore, one can only surmise that the US wants to continue investing the assets in perpetuity, or wait for as long as it has a malleable government in Kabul that will give its companies contracts.

But experts see another diabolic reason. Hoarding the money is aimed at curtailing business negotiations between China and Afghanistan. The US knows that it is no longer welcome due to its scorched earth policy that was more of a punishment than respite to the Afghans.

China is in good books with the Taliban Government due to its non-interference in its partner’s internal affairs. The second largest economy in the world is also strategically located to make sustainable trade and investment forays to the landlocked country.

The Taliban have already expressed their willingness to invite China to build the country’s major infrastructural projects, including the exploration of minerals. The US knows that a huge percentage of the frozen funds will go to China as Afghanistan seeks to rebuild its infrastructure, particularly in the transport and power sectors.

Since the inglorious departure of the US from Afghanistan, China has stepped in to stem the further deterioration of the humanitarian situation in the country. In July Beijing donated US$37.4 million aid to Afghanistan as per its promise to the new Taliban government in 2021, proving it is a friend in need.

By his own admission, President Joe Biden admitted that the US spent more than US$2 trillion in Afghanistan over the 20 years, a figure compared to spending US$300 million a day for two decades. But where that money went, no one can tell. The country is worse off than it was before the invasion. Moreover, the money never left the US where it was used to procure supplies and weaponry to oil the country’s insatiable military machine in Afghanistan. 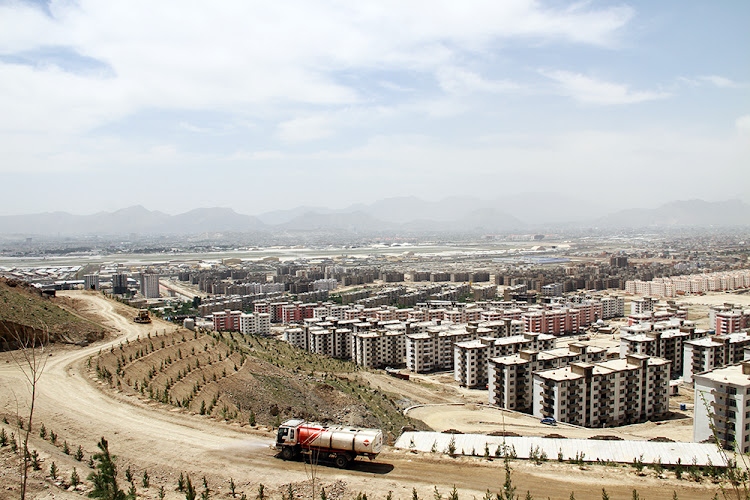 ONGOING: The people’s Republic of China is funding the construction of 10,000 apartments in Kabul, seen in this picture, under the affordable housing scheme.
Image: HANDOUT

An article published by the Washington, DC-based research group, Brookings Institution, on August 3 betrayed the deep resentment by the US towards China’s unprecedented economic development. To the casual reader, the article titled, “Chinese investment in Afghanistan’s lithium sector: A long shot in the short term” is an innocent piece that analyses why China wants to get into Afghanistan’s mineral sector.

But the opening statement tells it all. “Speculation is mounting that China will take advantage of the power vacuum created by the 2021 US withdrawal from Afghanistan and seek dominance over that country’s mineral resources, particularly its lithium deposits.”

Now, why would the US begrudge another country to make legitimate forays in other countries in search of raw materials to support its development, and create revenue for the trading partner? This article reveals the reason by saying these “resources play a key role in the global energy transition away from fossil fuels and toward renewable resources”, a critical sector in which China is currently dominating the world.

The article goes on about China’s alleged dalliance with the Taliban and how the quest for such minerals are inimical to the global status quo. But the thrust of it is that China poses a strategic challenge to the green energy transition of both the US and Europe. Of course, these allies would like their nemesis to have no recourse if they ever slap sanctions on the country, akin to what they have tried but failed with Russia as a result of the latter’s war with Ukraine.

It is important to note that this and similar articles by US thinktanks are misinformation campaigns aimed at isolating China on the global supply chains. It also portrays America’s utter selfishness and jealousy by implying that it is solely entitled to Afghanistan’s wealth. In its power politics matrix, an Afghanistan that is economically strong and independent is a liability in the superpower’s geopolitical scheme of things. More so if the US plays second fiddle to its nemesis.

The writer is the Executive Director of the Nairobi-based South-South Dialogues, and PhD student in International Relations focusing on Sino-Africa relations.

Post a comment
WATCH: The latest videos from the Star
by STEPHEN NDEGWA
Opinion
03 September 2022 - 08:07
Read The E-Paper