NEBENZIA: West ready to do anything to preserve hegemony

• For at least past 200 years, Western countries have been blaming Russia as the sole explanation for any problems.

• Ukraine, where the West established an anti-people, anti-constitutional and Russophobic regime, was sacrificed in the confrontation with Russia. 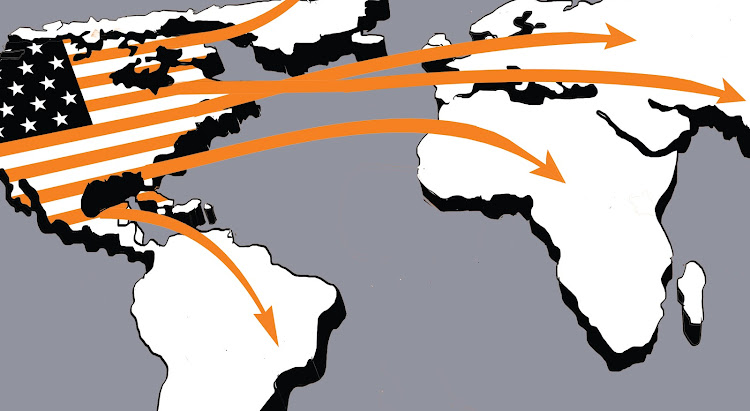 West ready to do anything to preserve hegemony
Image: OZONE

The international security system is going through a profound crisis. Almost all institutions it relied on have deteriorated; the level of trust between key international players has dropped to a critical low.

For at least past 200 years, Western countries have been blaming Russia as the sole explanation for any problems. But let us look at the facts.

In the late 1980s, the USSR, and subsequently Russia, radically changed course in response to the assurances and pledges of the Western countries to create an equal partnership based on trust, transparency and mutual consideration of security concerns, which included a promise not to expand Nato to the East.

From the recorded conversations and memoirs of Western politicians, it became clear that we were trivially and shamelessly deceived, and neither the US nor its allies intended to fulfil any of the promises not to increase their military presence in Europe and not to move military infrastructure to the Russian borders.

For 30 years, we have been patiently trying to reach an agreement with Nato on the principles of equal and indivisible security in the Euro-Atlantic area. However, in response to our proposals, we constantly heard either cynical lies or attempts to exercise pressure and blackmail.

The Alliance continued to steadily expand, bringing its military infrastructure closer to our borders by deploying missile defense systems and offensive weapons. All this created a real threat to our national security. President [Vladimir] Putin warned about this back in 2007 at the Munich Security Conference, urging Nato to abandon this dangerous confrontational path. Unfortunately, these warnings were not heard or heeded to.

In parallel, the US deliberately dismantled key elements of the global arms control system, which for decades helped maintain a strategic balance and avoid armed confrontation.

Last December, Russia came up with a set of proposals to the US and Nato on confidence- and security-building measures in the Euro-Atlantic region. We proposed the US to conclude an agreement on mutual legally binding security guarantees that would take into account the concerns of both sides and would return the situation in relations between Nato and Russia to 1997, when the Russia-Nato Founding Act was signed. A similar agreement was sent to Nato.

US and Nato rejected all our proposals. They simply refused to hold substantial deliberations on this matter and preferred escalation to a diplomatic settlement. As a result, European region saw a crisis with global implications and, without exaggeration, historical consequences.

Ukraine, where the West established an anti-people, anti-constitutional and Russophobic regime, was sacrificed in the confrontation with Russia.

Ukraine, where the West established an anti-people, anti-constitutional and Russophobic regime, was sacrificed in the confrontation with Russia.

By pumping Kyiv with heavy weapons, the US and its allies are doing everything in their power to protract the conflict in Ukraine.

At the same time, Western countries cynically turn a blind eye to the spread of neo-Nazi ideology, massacres of the people in Donbas and violations of international humanitarian law by Ukraine.

Western patrons of Ukraine have, in fact, helped Kyiv in its attempts of nuclear blackmail, ignoring the shelling of the Zaporozhye nuclear power plant by the Armed Forces of Ukraine.

The US and its allies are acting in the same reckless and provocative manner in Asia and Africa. Recently, they have significantly intensified their destructive actions in the Asia-Pacific region, trying to impose “bloc” thinking on the states located in it, form aggressive military-political alliances such as AUKUS. The US advances their risky campaign in Taiwan.

The West is ready to do anything to preserve its hegemony. For the sake of this, Ukraine was sacrificed, turned into a training ground for a proxy war with Russia until the last Ukrainian. The actions of the West have opened the eyes of many in the world to the true background of the crisis that erupted on our planet.

Do you think that in other regions the US and its allies will act differently? History shows the opposite. Therefore, do not ask for whom the bell tolls today - it tolls for you!

This is an abridged version of the statement by Amb Vassily Nebenzia, Russia Permanent Representative to the UN, at UNSC briefing in New York on August 22 shared by the embassy in Nairobi

Participants in the last review in 2015 also failed to reach an agreement.
News
1 month ago

A further 31 people were wounded
News
1 month ago

Ukraine deserves the same freedom and independence that we enjoy
Opinion
1 month ago
WATCH: The latest news from around the World
Post a comment
WATCH: The latest videos from the Star
by VASSILY NEBENZIA
Opinion
29 August 2022 - 05:00
Read The E-Paper