OCHULA: Why voting well matters to you

If we make bad choices at the polls, we get inept leaders, kleptocrats to manage public resources

• From a moral point of view, voting is not like ordering food off of a menu in a restaurant.

• When you order “nyama choma’’ and ’kachumbari” at a popular eatery joint, you alone bear the consequences of your decision. 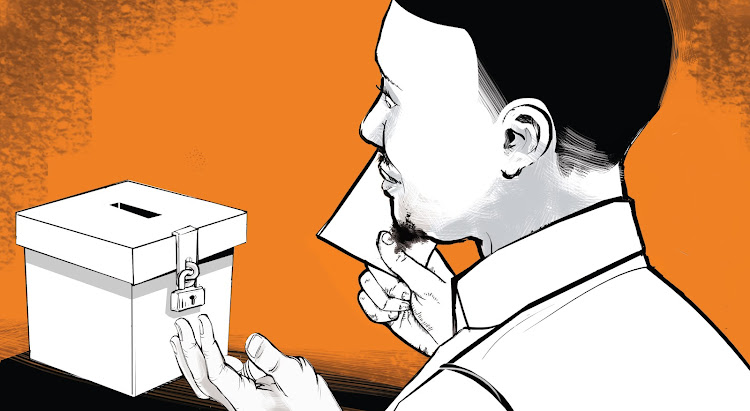 Why voting well matters to you
Image: OZONE

If we make bad choices at the polls, we get inept leaders, kleptocrats to manage public resources and corrupt lawmakers who write evil laws and make life hard for everyone.

For five years, we get to live with unfulfilled pie-in-the-sky campaign promises and economic development opportunities vanish or fail to materialize. We get tribal, unjust and unnecessary post-election violence. We spend trillions on ill-conceived stimulus plans and entitlement programs that do little to fast track our economy to recovery mode, create jobs or alleviate poverty.

We get ineffective leadership who inflict and perpetuate injustice and throw too many innocent people in jail.  Voting well is morally important. Voting can change the quality, scope, and kind of government. Therefore, the decision Kenyans made on August 9 can help or harm us. Electoral outcomes can be harmful or beneficial, just or unjust. They can do widespread harm with little benefit for anyone. Not just any vote is morally acceptable.

From a moral point of view, voting is not like ordering food off of a menu in a restaurant. When you order “nyama choma’’ and ’kachumbari” at a popular eatery joint, you alone bear the consequences of your decision. If you make a bad choice, at least you are hurting only yourself. For the most part, you meet all of the costs and benefits of your decision.

Voting is not like that. If anything, when we vote, we are imposing one meal on everybody — to about 50 million Kenyans. If you were appointed the dinner chef — who must decide what everyone will have for dinner each night — your decisions would be of obvious moral consequence. As a dinner chef, you would externalise most of the costs and benefits of your decisions. It would be a big responsibility. You better not force diabetics to eat too much sugar or make vegans eat meat. Or, if you did do these things, you better have good reasons.

Now, in voting, nobody chooses by himself. Each vote counts, but it does not count much. We decide electoral outcomes together. How we vote has consequences; how you vote does not. However, there are moral principles governing how people ought to behave when participating in collective activities. Even though individual votes almost never have a significant impact on election results in any large-scale election, I write that this does not let individuals off the hook. Individual voters have moral obligations concerning how they vote.

Obviously, the good and bad that the next government does will not be entirely at- attributable to how we shall vote. Our voting behaviour is just one of many factors that will affect political outcomes. Despite steadfast and sure democratic oversight, a bad policy might be implemented out of bureaucratic caprice or a politician’s corruption.

To me, what matters is that votes, on the whole, do make a difference. Political coalitions have policy bents — dispositions to implement certain kinds of policies rather than others. When voters vote for members of a party with a particular policy bent, this greatly increases the probability that those kinds of policies will be implemented and will have negative implications. That said, better voting would tend to lead to better governance.

Voters who lack the motive, knowledge, rationality, or ability to vote well should abstain from voting: Either vote well or abstain. Voting well tends to be difficult, but discharging one’s duty regarding voting is easy, because one may abstain instead.

This does not imply that people should not enjoy the right to vote. I do not contend that we should disenfranchise anyone. Though I think many voters are wrong to vote.  It is wrong for people to vote under the influence of political euphoria yet they are ignorant or irrational about politics, leadership qualities and the consequences of voting into office people who are deficient in integrity, unethical in character, peddlers of corruption and merchants of impunity.

Therefore, people who are ignorant and irrational about politics should abstain from voting.

Post a comment
WATCH: The latest videos from the Star
by MICHAEL OCHULA
Opinion
15 August 2022 - 05:00
Read The E-Paper