INTEGRITY AT THE BALLOT

A good leader will ensure the electorate has a secure, just and cohesive Kenyan society.

• Article 73(1a and b) of the Constitution pronounces the responsibilities of leadership that should serve as a yardstick for the voters and aspiring leaders in this election.

• As Kenyans prepare to cast their votes at home and in diaspora, it will be worth remembering the leaders who deserve to be elected should be worth their salt. 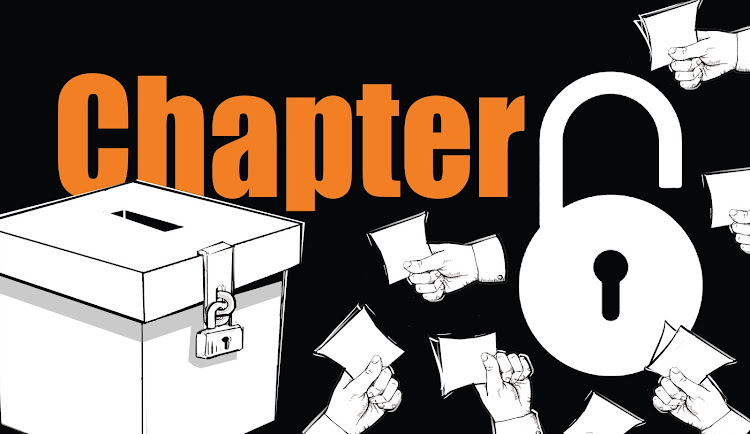 The country has been a beehive of activities in the run up to the general election set for Tuesday.

Candidates vying for various positions have marshaled resources and unmatched energies aimed at wooing the voters. All the available platforms have methodically and sometimes haphazardly been used, be it by the roadside, markets, places of worship, media in all its forms and rallies just to mention a few.

The sole agenda has been to sell the leaders’ manifesto, convince voters and win the election. At the core of these campaigns is the need to interrogate rationality and morality of voting leaders into office.

The rallies have been characterized by trading barbs across the competing parties. Disgusting words have been uttered, with voters ironically cheering and jeering simultaneously. This begs the question as to whether we are committed to the moral ideals stipulated in our Constitution.

Different schools of thought aver that the rationality and morality of voting is determined by many factors, including voting for change, to protect democracy from failing and to fulfill the social contract between voters and aspiring leaders, even when they have sufficient reason to believe their preferred candidates will lose.

From a good governance point of view, voters are obligated to elect leaders of integrity in to office. This caliber of leaders is committed to ethics and integrity. Such are the leaders who will campaign on a platform of public trust, accountability, transparency and effectiveness in serving the people.

Article 73(1a and b) of the Constitution pronounces the responsibilities of leadership that should serve as a yardstick for the voters and aspiring leaders in this election.

As Kenyans prepare to cast their votes at home and in diaspora, it will be worth remembering the leaders who deserve to be elected should be worth their salt. It should be very clear the ballots cast will be a vote of confidence, and that the authority assigned to them through the sovereign power of the citizens will not be misused or abused.

The many manifestos are a promissory and leaders should confirm through their word and deed that they will exercise the public trust in consistency with the purposes of the Constitution by demonstrating respect for the people, bringing honour and dignity and promoting public confidence in the integrity of the office and serving the people rather than ruling or bossing them.

If leaders seeking elective or appointive posts fall short of these ethical and moral attributes, what would be the compelling reason for the electorate to vote? Why travel all the way to a polling station, if you are not convinced your candidate has what it takes to protect the Constitution?

A good leader will ensure the electorate has a secure, just and cohesive Kenyan society. In the hands of such a leader, Kenyans will enjoy –socio-economic rights in form of affordable housing, access to quality universal health care and education. Such a leader will empower the disenfranchised by creating an enabling environment for all.

To give a benefit of doubt to the leaders and voters, the guiding principle of leadership and integrity include selection on the basis of personal integrity, election in a free and fair election, objectivity and ensuring decisions are not influenced by nepotism, favoritism or corrupt practices and selfless service.

Others are honesty, declaration of any personal interest that may conflict with public duties — which in recent parlance has been equated to state capture — and accountability to the public and commitment in service to the people. Woe unto you if a leader doesn’t meet this threshold.

It thus behooves the citizens to actively and relentlessly continue raising their voice and condemning corruption without batting the eyelid. Through the August 9 election, Kenyans should set the agenda of transparency and accountability by voting in leaders of integrity.

Responsible and ethical electorate will exercise their civic duty by voting for their leaders of choice. Voters, too, should believe in the principle of integrity and steer away from electoral malpractices such as accepting to be bribed to vote in a certain manner, being disorderly, destructive and disrespectful.

Voters have a social contract of electing leaders of integrity and they should serve as good role models by upholding ethics and integrity throughout the electioneering process. The electorate should flag out their scorecard by electing honest leaders whose integrity is without blemish.

Kenya’s future is in the hands of voters who will unapologetically elect leaders of integrity, who can be counted on to deliver on their promises of a prosperous Kenya wociety. Fellow Kenyans, I dare you to be the voice of reason!

Anne Kiprotich is a governance educationist

Say women have raised concerns of intimidation and harassment by their male counterparts.
Counties
1 week ago

Ex-nominated senator Paul Njoroge said Kenyans will use the holiday to travel and vote.
News
1 week ago

We urge voters to think with their heads and not hearts when making their choice of leader.
Opinion
1 week ago
by ANNE KIPROTICH
Opinion
04 August 2022 - 05:00