We must be quick to separate folly from courage and magic from political reality.

• The political leadership mantle in the Mt Kenya region now squarely rests on Ruto and his running mate, Rigathi Gachagua.

•The choice of Gachagua further tightened the grip on the mountain. 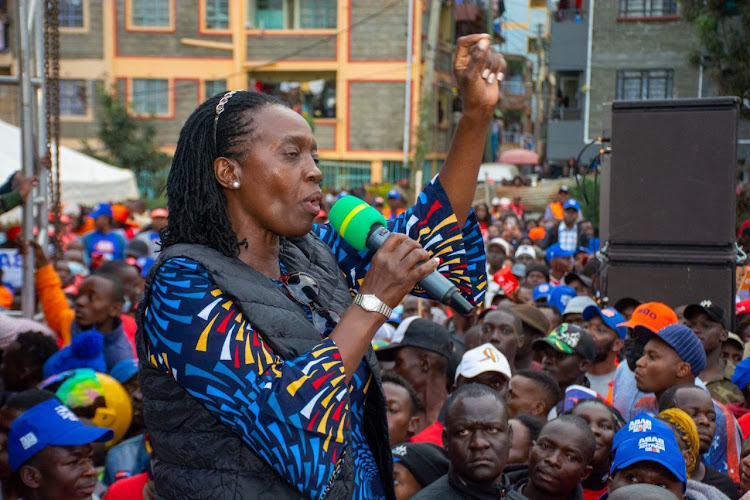 It will take more than magic to shift the mountain from Deputy President William Ruto.

The political leadership mantle in the Mt Kenya region now squarely rests on Ruto and his running mate, Rigathi Gachagua. The choice of Gachagua further tightened the grip on the mountain. Politically, Gachagua is the thunder clap headache to Azimio They have developed propaganda against him and he continues to wreck havoc on their camp.

Raila Odinga running mate Martha Karua has in recent years attempted politics in the mountain and lost. In 2017, for instance, she lost the governor race to Anne Waiguru, who was a political greenhorn. Her 2013 performance at the presidential race was dismal, even finishing after Mwalimu AbDuba Dida. The last time Karua was elected was in 2007 as Gichugu MP, after which she was appointed to the Cabinet.

She must have found her way into magic by selling illusions to the Azimio la Umoja-One Kenya coalition in their attempt to woo voters from Central Kenya with no results at all.

How they believe President Uhuru Kenyatta couldn’t deliver the mountain but she can is a fable that no one can decode. If Uhuru, who previously delivered the mountain to win the presidency twice, has failed to shepherded Mt Kenya region to back Raila, it is less convincing Karua will and it is indeed a laughable idea.

The first assignment for Karua after her nomination as running mate was campaign in her home county of Kirinyaga to woo voters to vote for Raila. It was epic failure, as she even struggled to engage the masses, often asking if they could hear her.

The question to ask is: Where did the former Cabinet minister get the numbers she is now fronting, while there hasn’t been any history of her ever filling up Wanguru stadium?

If you have never won at home, then how do you claim to win nationally? Is this magic, deception or fraud? How do you send a marathoner to represent Kenya at the Olympics, when there’s no evidence of them ever winning a race at home?

Since the claims lack an evidential progression, we can only conclude that she will deliver them via magic. But we must be quick to separate folly from courage and magic from political reality.

Furthermore the delivery is in the absence of a factual idea or rational ideology.

For now, we can only spectate as she chants Azimio!

Kenya shall be free again from whims and magic.

From an analyst perspective the only threat to William Ruto is the immense faith that the mountain has in him. He has to deliver more than he has promised. Shalom.

Karua said that Azimio government will transform the economy of the Country.
News
2 weeks ago