Most dailies in Kenya are hanging by a thread due to Covid-19 effects, inflation and the soaring newsprint prices

• The rising cost of distribution, among other factors, has continued to deal a blow to the entire print journalism industry.

• The results have been substantial job losses, downsizing and reducing business operations. 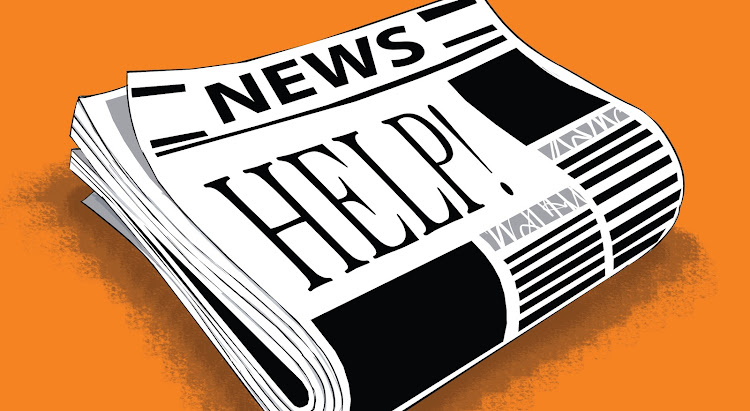 You and I know a thriving Kenya media sector is critical to a healthy democracy.

However, most newspapers in Kenya are hanging by a thread due to the pandemic effects, inflation and the soaring newsprint prices that have risen by more than 50 per cent in the last two years. The rising cost of distribution, among other factors, has also continued to deal a blow to the entire print journalism industry.

The results have been substantial job losses, reducing business operations. This unfortunately comes at a time when newspapers are trying to invest in new digital business models, while preserving their cornerstone print business as long as possible.

We can all agree newspapers, with all their problems, are the largest, credible and influential source of news in this country and the question we should all be asking ourselves is, “Should we care if newspapers survive? Maybe not… We should, however, recognise the role of newspapers as a public watchdog, and that their closure would have even greater risks of disinformation, misinformation and civic disengagement

For a long time now, newspaper business models in Kenya have been operating in a two-sided market, where their sustainability came from two co- dependent sources of income — the readers and advertisers.  This is at times a vicious cycle as having fewer readers means fewer advertisers, and thus the cost of production goes up. Consequently, higher cover prices result in fewer readers.

Advertising is also volatile and crisis prone as demonstrated by Covid-19 pandemic, during which advertising revenue collapsed. Though migrating readership is partly to blame for the current situation, there are other contributing factors to the declining quality and profitability that in turn has a negative effect on the entire business model.

The advertising and circulation business model was successful until five years ago, when readers migrated online and advertisers followed suit. Most newspapers started pivoting to the business of content to take advantage of growing online newspaper audiences. However, consumer acceptance of paid content is still slow in the country and it will take time to get to the level where revenues from digital subscription and paid content can fully sustain vibrant journalism.

Newspapers have also not benefited much from online advertising since global giants such as Facebook and Google eat up about 85 per cent of the news digital advertising revenue.

The government must thus recognise the crisis newspapers are facing, and agree that local journalism is a civic necessity and come in to help the industry stabilise before it is too late. Granted, it has tried to address the business model crisis through establishment of the Government Advertising Agency — which consolidates state advertising through a weekly pullout once a week in newspapers — and through other subsidies offered to media houses to address the impact of Covid-19 pandemic.

However, a lot needs to be done. Newspapers are vulnerable to economic shocks and are still struggling to identify a sustainable revenue model that will ensure their economic viability and protect journalism.

The government can offer direct support with a rationale of saving jobs, assisting newspapers that are not able to cope with the economic crisis by lowering their financial burden to help them become more economically viable and encouraging innovation to boost the demand for media content.

Fiscal measures such as lowering taxes or full elimination of taxation for print media inputs like newsprint can have a positive impact on the financial viability of the print media and sustainability.

Lastly, the government can establish a media diversity fund that would support public interest and independent journalism, cover specific needs such as new media training, technology upgrade and direct subsidies. Any support from the government must be designed through transparent frameworks to ensure no newspaper is disadvantaged, and that they are not used as tools of control.

It is not the responsibility of government to bail out the newspaper industry in Kenya. However, we have to appreciate that dailies remain the bearers of truth, and play an important role in building an informed and educated society that is able to make informed choices.

It is also the responsibility of the government to ensure it creates an enabling and regulatory environment that helps businesses thrive, create jobs and newspapers are essential businesses whose mission is to gather news, analyse and disseminate the news involving the same government.

This is a personal opinion and does not reflect that of the company.

Says it has the power to report facts and jealously guard independence.
News - Page 8
1 month ago

Media owes it to its consumer’s duty of responsible reporting by silencing hatemongers
Editorial/Opinions - Page 20
2 months ago
Journalists can change the world
by AGNES KALEKYE
Opinion
18 July 2022 - 05:00