Today, China is one of Africa’s biggest foreign investors, with investments worth more than $100 billion

•Now, many people are likely not aware that the AU Conference Center and Office Complex in Addis Ababa, Ethiopia, was funded by the Chinese government at a cost of US$ 00 million. 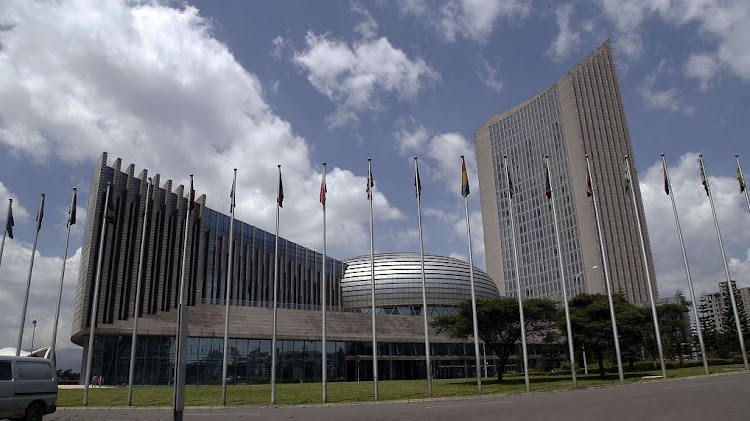 The African Union (AU) Headquarters in Addis Ababa Ethiopia, was funded by the Chinese government at a cost of US$ 200 million.
Image: AU

The Africa Union (AU) celebrated its 20th birthday on July 9, which was the day of its formation in the year 2002. Now, whether this is a short, medium or long time, up to date, depends on the parameters one is looking at.

For instance, for countries like China, 40 years have been adequate to lift hundreds of millions out of absolute poverty, while several developing countries in Africa are still in a state of socio-economic inertia four decades after independence.

That notwithstanding, the two-decade Africa and China partnership has been very transformative, particularly for the 55-nation continent. Relations between the two partners had actually started a couple of years earlier before AU’s formation with the launch of the Forum on China-Africa Cooperation (FOCAC) in 2000.

Since then, the two partners have shared a common platform for collective dialogue and mechanism for practical cooperation, ushering in a brand new chapter in Sino-Africa relations. FOCAC has bolstered high-level interactions and political trust between China and Africa, delivering a leap in their relations from "a new type of partnership" to "a new type of strategic partnership" and to "a comprehensive strategic and cooperative partnership".

Now, many people are likely not aware that the AU Conference Center and Office Complex in Addis Ababa, Ethiopia, the headquarters of the AU that hosts the biannual AU summits and also serves as a conference centre for African and diaspora businesses, was funded by the Chinese government at a cost of US$ 00 million.

Even today, Ethiopia is a case study of the ongoing successful Africa-China relations. On July 17, the country’s government disclosed that it generated about US$ 14.5 million in export revenue from commodities produced at the Chinese-built Dire Dawa Industrial Park during the 2021/22 financial year which ended on July 7. This was a 13.81 per cent increase compared with the previous fiscal year's US$ 3.62 billion export revenue.

The Dire Dawa Industrial Park, which was built by the China Civil Engineering Construction Corporation and opened in 2020, has 15 factory sheds and exports shoes and textiles, among other products. The major export destinations for commodities produced by companies operating inside this industrial park include China, Pakistan, the United States and Djibouti.

Now, this is just one case study of the success stories being replicated around Africa as a result of the countries’ partnership with China at both bilateral and multilateral levels. Various data shows that China has emerged as Africa’s biggest bilateral trading partner, Africa’s biggest bilateral lender, as well as one of the biggest foreign investors in the continent. China trades with almost all countries in Africa and does not discriminate between regions. Today, Chinese investments in Africa have exceeded USD 100 billion, with Chinese enterprises in the continent over 3000 in number, most of them private.

In an opinion published in China Daily on July 12 titled, “Enduring friendship”, the director-general of the Department of African Affairs at the Chinese Foreign Ministry, Wu Peng, stated that “China-Africa cooperation is full of hope and opportunities for the realisation of a community with a shared future”. Peng served as China’s Ambassador to Kenya in 2019 and subsequently promoted to his current position. 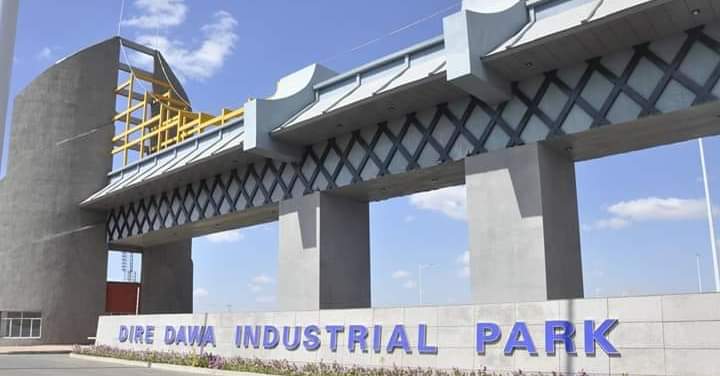 The Dire Dawa Industrial Park, which was built by the China Civil Engineering Construction Corporation and opened in 2020, has 15 factory sheds and exports shoes and textiles, among other products.

Peng notes that economic partnership is not the only pillar in China-Africa relations. The political mutual trust between the two sides has continued to grow. Since 2013, Chinese President Xi Jinping has attached great importance to the partnership, putting forward the principle of sincerity, amity and good faith and pursuing the greater good and shared interests.

The naysayers of successful Africa-China relations have been deeply ashamed. One area that has been debunked is the so-called debt trap that was particularly sold by the West. According to the conspiracy theory, China was pushing developing countries both in the continent and outside with debt in return for the security of their national assets.

But a report by Debt Justice published on July 11 states that “African governments owe three times more debt to Western banks, asset managers and oil traders than to China, and are charged double the interest.” The report collates World Bank data that shows just 12 per cent of African governments’ external debt is owed to Chinese lenders compared to 35 per cent owed to Western private lenders.

Furthermore, continues the report, interest rates on private loans are almost double those on Chinese loans, while the most indebted countries are less likely to have their debt dominated by China. So, who is fooling who? This is definitely a stratagem aimed at creating bad blood between African and China, but it has failed miserably going by the constantly growing relations between the two partners.

With the West increasingly facing many economic challenges, China is effectively filling in the gaps of Africa’s development finance needs. However, China needs to be more involved in helping to meet Africans’ social needs. The country should play a more prominent role in poverty alleviation initiatives at the grassroots level and leading in disaster risk reduction programmes. It is good that China is seen to be ploughing back some of its revenues from Africa into corporate social responsibility projects in the continent.