Critics of the Huduma Namba have also invoked lack of public participation to oppose it.

•The government has also allayed fears that the new system will do away with the Immigration Department. 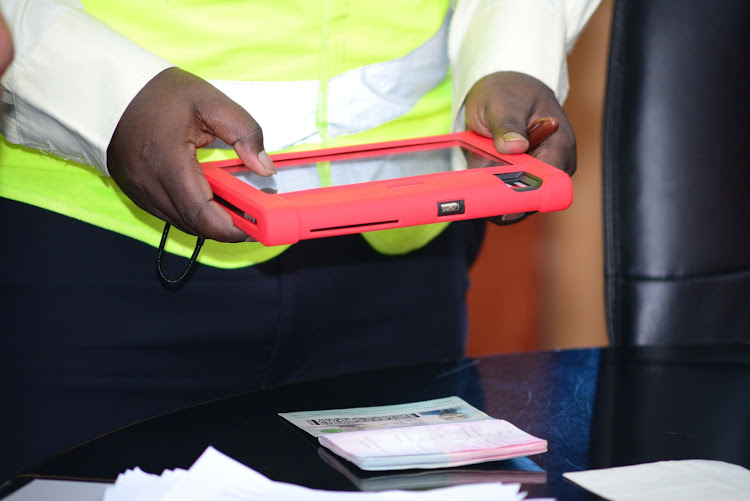 In recent days, the National Assembly has been hosting public petitions around the Huduma Bill No.57 of 2021 which seeks to provide a primary law on civil registration and legal identity.

It proposes to overhaul the civil registration and identity management ecosystem, promote efficient delivery of public services and provide the legal framework for the Huduma Namba.

The fault lines have been evident in the unfolding debates around the Bill that establishes the National Integrated Identity Management System (NIMS).

At the sittings of the National Administration and Security Committee chaired by Limuru MP Peter Mwathi, the trio of issues central to the divide have been clear: privacy of integral data, the legality of the process and encroachment of responsibilities traditional to existing institutions such as the Immigration department.

From the spirited defence of the rationale for the Huduma Namba mounted by the government, it is emerging that there have been critical interventions to address raised concerns.

The establishment of the office of the Data Commissioner and the recruitment of a substantive office holder addresses the legal jitters about the security and privacy of the captured Huduma Namba data.

The government has also allayed fears that the new system will do away with the Immigration Department.

Rather, Immigration officers will continue to discharge the same responsibilities but under a different management structure.

In 2018 people were registered into Huduma Namba in the first phase.

The envisaged rollout has however run into headwinds due to the absence of a comprehensive regulatory legal framework.

This is what the Huduma Bill seeks to cure and build public confidence on privacy and security concerns on harvested personal data.

It expressly provides for measures on inclusivity which addresses fears of alienation and discrimination by minority communities who have opposed the new system by claiming that it will potentially disenfranchise them from acquiring citizenship.

Critics of the Huduma Namba have also invoked a lack of public participation to oppose it. This, too, has been addressed by several stakeholder engagements.

These have brought together government departments, civil society, human rights groups, the media and other key players.

The National Assembly has complemented these engagements by inviting petitions and several open forums to discuss the sticky issues.

Should the Bill that is at an advanced stage of legislation pass, Kenyans will get a single identity document.

This will obviate the need for multiple identity documents.

Huduma card will essentially collapse all these into a master ID document.

This will effectively do away with tedious and separate registration processes for obtaining government and public-funded services.

Among the key provisions of the Bill is a central master population database.

This will be the primary reference when determining eligibility for citizenship.

The verification of identification will be made possible by referencing applications to a depository of fingerprints that will be stored on microchips.

In practical terms, it will make it - difficult for the irregular acquisition of documents.

For instance, unauthorized access and unauthorized interference with the process will attract punitive fines.

The stiff penalties are also anchored in the Computer Misuse and Cybercrimes Act & Data Protection Act 2019.

By the time the courts stopped the processing of Huduma Namba, more than 11.5 Million cards had been printed and distributed and the recipients have already picked millions of cards across the country.

Through Kenyan Missions, 96,000 Kenyans in the Diaspora were also registered.

There is however a long way to go considering there were 37.7 million eligible citizens and foreign residents who registered in the Country by 2019.

However, the court of appeal in its ruling on 4th March 2022 noted that the project had complied with the provisions of the Data Protection Act with respect to Data Protection impact assessment.

As such, the project needs to continue its rollout across the country to capture those who did not register in the first phase and issue cards to those who had registered.

The government says it is awaiting the passage of the Bill for the legal foundation and the green light to process the remaining data records.

This will also pave way for the printing and the distribution of the pending cards.

Meanwhile, the cleaning of data is also ongoing.

For minors, it is proposed that their Huduma Namba will be attached to that of their parents and guardians through a family tree linkage thus providing a complete ecosystem for legal identity.

To support the digitization of records and guarantee privacy, end-to-end encryption of the civil registration systems is being developed.

This will allow births and deaths to be captured in real-time.

The software upgrade will also allow for continuous registration and enable the update and correction of particulars in line with the Huduma Bill requirements.

This is expected to raise the registration coverage from 82.5 percent for births and 37 percent for deaths.

It will also enable users to download birth and death certificates through a public portal.

Should the bill become law, registration will be done on a rolling basis.

This will ensure that no one will be left behind in the process.

This should put to rest fears that the system architecture is designed to lock out certain cadres of society.

On the contrary, eligible citizens who missed out on the first phase of registration for whatever reason and orphaned children and those with unknown parents have no reason to fear.

Effective implementation of the envisaged rollout will require capacitated offices and personnel.

In appreciation of this, CRS offices countrywide will need to be automated.

All assistant chiefs and health personnel in all health facilities across the country that offer maternity services will need to undergo the relevant training and preparations.

While the legislative process whose ideal outcome is the passage of the Huduma bill into an Act of Parliament goes on, government agencies that offer critical services and are actively engaged in piloting the Huduma Namba rollout will need to pilot on integration to test the efficiency of the system.

An efficient master card that suffices to identify a citizen across the board is, after all, a global ideal.

The US social security number is a good example.

Estonia, which is a trailblazer in the digitisation of public services, has also implemented a similar identification system.

It would be imprudent to freeze the Huduma Namba because of its critics.

That is not to downplay genuine concerns raised by stakeholders.

Indeed, their buy-in is critical to the success of the envisaged phase two registration.

That is expected to capture around 12 million Kenyans who missed the first mass registration.

Instead, the ongoing public discourse on the new system should be supported and emergent concerns sufficiently redressed for a win-win situation.

To its credit, the government appears intent on listening and acting on raised issues.

If this process continues to fruition, Kenya will become among the leading African countries in digital Identification (ID).

This will make the country compliant with the UN 2030 Agenda for Sustainable Development Goal Sub-article 16.9 on legal identity for all.

It is aimed at offering  a platform for Kenyans to verify validity of driving licenses.
News
4 months ago

Each Sacco within Nairobi sub-counties will have a different colour code for easier identification.
News
5 months ago