Nothing to hide: China opens the doors for UN human rights chief

•China is willing to provide greater support to the human rights work of the UN.

•After decades of strenuous efforts, China has successfully found a path of human rights development in keeping with the trend of the times and China's national reality.

At the invitation of the Chinese government, the United Nations High Commissioner for Human Rights Michelle Bachelet visited China from May 23-28.

This is Bachelet's first visit to China since she took office, as well as the first such visit by a UN human rights chief in 17 years.

In Xinjiang, she was presented with the measures taken and achievements made in the region on counter-terrorism and de-radicalisation, social and economic development, ethnicity and religion, and labour rights protection.

On May 28, Chinese Vice Foreign Minister Ma Zhaoxu gave a media briefing on the trip in which he gave details of the trip. First, it enhanced understanding on China's path on human rights development. Since its 18th National Congress, the Communist Party of China (CPC) has united and led the Chinese people to achieve on schedule the first centenary goal of building a moderately prosperous society in all respects and made outstanding achievements in human rights development.

In his meeting with High Commissioner Bachelet, President Xi Jinping expounded on major issues regarding China's human rights development in the context of China's history and culture, and reaffirmed the principled position of the CPC and the Chinese government in upholding and protecting human rights in all areas.

After decades of strenuous efforts, China has successfully found a path of human rights development in keeping with the trend of the times and China's national reality. The country has been advancing whole-process people's democracy, promoting legal safeguard for human rights and upholding social equity and justice. The Chinese people now enjoy fuller and more extensive and comprehensive democratic rights. 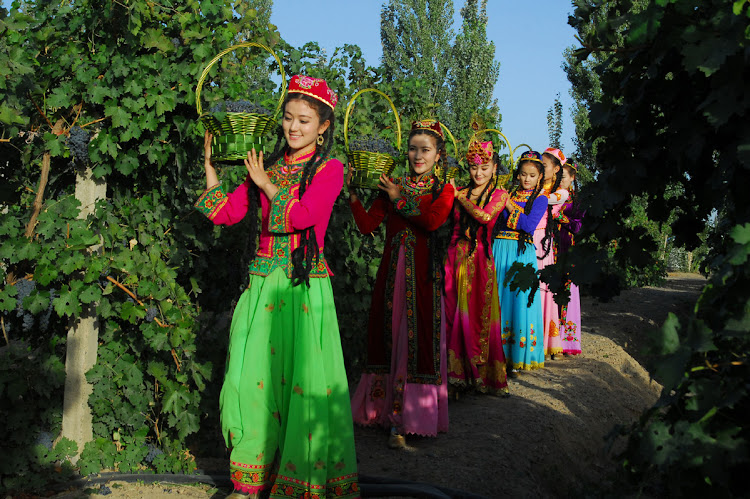 Secondly, the visit set forth China's proposition for global human rights governance. Under the combined impacts of major changes in the world and the Covid-19 pandemic, both unseen in a century, hegemonism, racism, protectionism and parochial nationalism are on the rise. This has dealt a heavy blow to global human rights governance as manifested by numerous practices of double standards.

Three, the need to follow a holistic approach to all categories of human rights with integrated and systematic measures. Four, stepping up global human rights governance. It is important to abide by the purposes and principles of the UN Charter.

China has earnestly fulfilled its international obligations in the area of human rights. China has signed 29 international human rights instruments and is widely recognised as a role model in implementing conventions. China has served as a member state of the United Nations Human Rights Council (UNHRC) five times, one of the most among all the countries.

China is willing to provide greater support to the human rights work of the UN. Such concrete measures are not only conducive to the cooperation between China and the OHCHR, but also represent China's new contribution to the international human rights cause.

China made it clear that some Western countries, while having no self-reflection on their own notorious misdeeds, yet driven by political motives, abused multilateral human rights platforms to spread rumors and lies, using human rights to interfere with others' domestic affairs and recklessly attacking and smearing others. These behaviors have gravely poisoned the atmosphere of international human rights cooperation, and must be changed.

Fourth, the tour provided Bachelet an opportunity to experience first-hand the real Xinjiang. Some Western countries and anti-China elements have fabricated many sensational lies on the so-called Xinjiang-related issues with the aim of using Xinjiang to contain China. 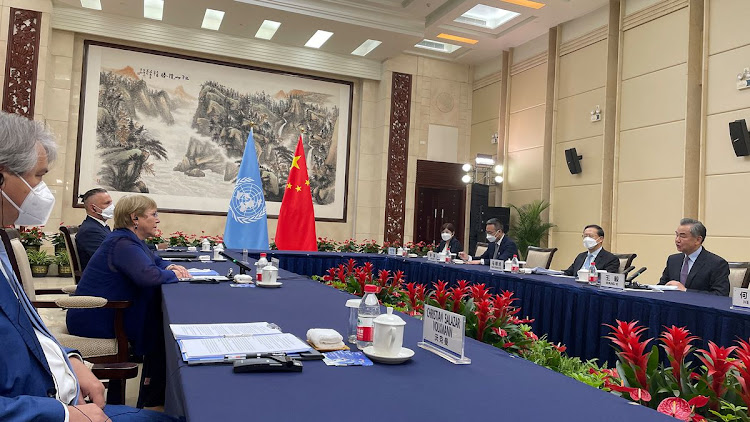 The Chinese side pointed out that essentially, Xinjiang is not at all a human rights issue, but a major issue concerning upholding national sovereignty, security and territorial integrity.

All ethnic groups of Xinjiang belong to the family of the Chinese nation. Through unremitting efforts, the region has enjoyed security, stability, development, and prosperity, and there has been no violent terrorist attack in Xinjiang for five consecutive years. People that have visited Xinjiang all found that the Xinjiang is completely different from the one demonised in the Western media.