It is upon Kenyans to also ensure we uphold the law and proper standards.

•A stroll in downtown Nairobi in the wee hours of the morning has scenes that resemble Chicago in the 1920s.

•Every five minutes or so, vendors sprawled around the city sell bottled water in bulk from every corner, with fights often breaking over control over territory. 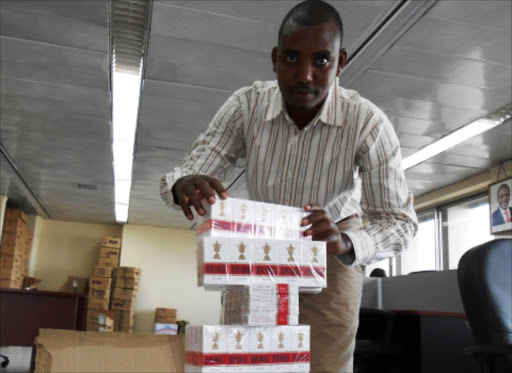 During the Prohibition Era in the United States in the early 1920s, bootleggers devised ingenious ways of bringing alcohol into the country – a multibillion-dollar industry under the tight control of organized crime syndicates.

One of the tactics was to ship in large containers in the wee hours at night, sometimes even mixed with air inside car tyres.

This illegal operation was huge that leading bootleggers like the famous Al Capone were labelled Public Enemy No 1  and a special task force was set up to nab him and other crime bosses.

A stroll in downtown Nairobi in the wee hours of the morning has scenes that resemble Chicago in the 1920s.

Every five minutes or so, vendors sprawled around the city sell bottled water in bulk from every corner, with fights often breaking over control over territory.

By 7 am, they are nowhere to be seen, having sold dozens of bottled water affixed with counterfeit excise stamps or none at all.

This among many tactics is being used by manufacturers and their distributors to evade taxes making the goods illicit products.

The manufacturers produce bottled water on-premises with questionable standards affixed with counterfeit excise stamps and distribute them between 3 am and 5 am to people who are then done selling them to vendors by 7 am.

This is not just a tax problem, it is also a public health problem. In fact, the Nairobi County Public Health department has often associated roadside bottled water, especially in the poorer neighbourhoods of Nairobi with cholera outbreaks.

Local Manufacturers and traders have devised many ways of trading in illicit goods, counterfeit and contraband products including smuggling assorted goods such as sugar, cigarettes, tobacco and shisha.

This illicit trade in counterfeits and contraband is estimated to be by the Anti-Counterfeit Agency to deny the taxman up to 153.1 billion shillings annually.

Illicit goods and counterfeits are illegal and undermine Kenya’s political and economic security, creating weak institutions, diminishing the rule of law, and clipping the country’s power in the fight against poverty.

This informs the relentless fight against the vice which saw the Kenya Revenue Authority (KRA) backed by the Multi-Agency Team to conduct a crackdown on illicit goods and counterfeits in over 20 Counties from July 2021 to March 2022.

Of the 20 Counties, 19 were declared hot spot zones for illicit goods and counterfeits.

The operations were done majorly from surveillance, informer reports, multiagency and self-initiative across all the forty-seven counties with emphasis on the 20 hotspot counties that were categorized as high-risk areas because of their immense activities in illicit goods.

At the core of the operations is KRA’s desire to not only increase revenue but also protect the Kenyan market from the menace, promote fair trade and protect the public from consuming harmful products.

Statistics from the crackdown indicate that Nyeri County had the highest increase in the value of illicit goods by 986.46 per cent year on year followed by Garissa, Migori, Nakuru and Kisumu Counties respectively.

Despite tighter regulations put in place to combat the vice, there still seems to be a gap in the implementation of the same given that in instances like Nyeri, the illicit trade is actually growing.

Nonetheless, KRA continues to be committed to ensuring that trade operations are only carried out by those who follow the prescribed legislation and tax policies.

It is therefore important that manufacturers and traders adhere to appropriate regulations and pay their taxes in time to avoid punitive action by the Authority.

Manufacturers of goods that have fixed excise duties like beer, cigarettes, fruit juice, bottled water, chocolate and motorcycles pay excise tax as prescribed by the law under the Excise Goods Management System.

Importers should also pay their taxes due at the appropriate time instead of resorting to fraudulent practices like the concealment of cargo.

As the Kenyan economy continues to recover from the Covid-19 pandemic, we now have to deal with the effects of the Russian invasion of Ukraine that has resulted in a sharp rise in petroleum products which directly impacts the quality of living of the majority of Kenyans.

It is quite shocking that during this period, there is a concomitant increase in illicit trade, which has a huge impact on the economy. The war is however not lost as KRA and the Multi-Agency Team narrow in on the few cartels controlling the illicit trade.

The Government has established a robust legal framework and institutional mechanisms to combat this vice, and implementation is taking place across all Government Agencies.

As President Uhuru Kenyatta directed in 2017, the Multi-Agency Team continues to destroy illicit products, with those public officers found aiding the trade summarily dismissed and prosecuted.

It is upon Kenyans to also ensure we uphold the law and proper standards, if for nothing else but our own health and safety.

KRA to be renamed Kenya Revenue Service in new bill

State says move is aimed at rebranding the revenue authority, make it customer friendly.
News
4 months ago
Post a comment
WATCH: The latest videos from the Star
by MAKODINGO WASHINGTON
Opinion
17 May 2022 - 16:40
Read The E-Paper