• Most Kenyans rightly feel the country is experiencing economic hardships and there seems to be a slow response to curb the rising cost of living. 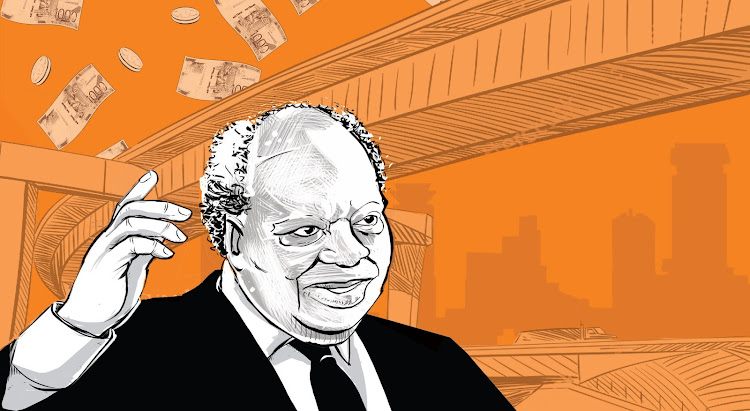 The dominant conversation surrounding the death of retired President Mwai Kibaki revolves around his economic legacy.

Most Kenyans rightly feel the country is experiencing economic hardships and there seems to be a slow response to address the sad reality that Kenya is at its lowest point in managing her economy amidst the rising cost of living.

There is a need to urgently reboot the economy amidst the surging public debt and endless focus on campaigns ahead of the August election. Mainstream media praised President Kibaki as a man whose primary legacy was lifting Kenya’s battered economy and placing the country on the right path to economic recovery.

It was expected that successive governments would build on the milestones established under the Kibaki administration but the current state of the economy appears to paint an opposing picture.

Kibaki and his administration managed to turn around the state of Kenya’s economy through well-intentioned macro and microeconomic policies, which were centred on alleviating the pain of ordinary citizens.

He will be remembered for cutting down blatant borrowing from international players and instead focusing on well-regulated internal borrowing. The banking industry was rejigged during his reign through an improved business environment.

The lending rates for banks were manageable and several banks came up locally and eventually penetrated international markets. What is the net effect of an improved business environment?

With an improved economy and business environment, different sectors created hundreds of thousands of new employment opportunities and business ventures. More people were brought into the tax remittance bracket. This increased the Kenya Revenue Authority internal collections, which in turn enabled the government to fund most of her projects without solely relying on international borrowing, sadly defining the present development under the Jubilee administration.

The launch of Vision 2030 under Kibaki remains the masterpiece of turning Kenya into a middle income earning country. Most of the capital intensive projects around improving road networks, access to quality education, good health services, and huge investments in ICT and telecommunications were designed and earmarked for implementation during Kibaki’s reign. Lately, there has been little talk from the top government officers about the progress made to implement flagship projects initially designed under vision 2030.

The Kibaki administration was quick to respond to public outcries. Kenyans can almost with precision describe how President Kibaki could have handled the ongoing fuel crisis in the country. The past year has seen Kenyans pay more at fuel pumps and there seems to be an unclear position of the government to conclusively address the ever sky-rocketing oil prices. Kenyans are on their own.

Whenever you increase oil prices, you directly undoubtedly push the cost of basic commodities through the roof and subsequently push more people to the poverty bracket. An abrupt increase in prices for goods and services lowers demand as buyers start scouting for the alternative.

Low demand affects the business environment negatively and undoubtedly lowers the tax bracket for the government. This is the actual state of the economy and the middle class is not cushioned.

In 2003, CNN described President Kibaki as “the Man who took 1 million Kenyan kids to primary school". He will be remembered for opening up access to basic education for millions of Kenyan children and adults.

Kimani Maruge appeared in the Guinness Book of World Records as the oldest primary school pupil in the world courtesy of the education reforms under Kibaki’s tenure. How can we keep and grow the legacy of access to education?

The government should ensure that access to basic needs such as food and shelter are within reach for ordinary citizens. In my considered view, whenever access to food and shelter becomes a challenge, then access to education will be relegated, despite the Constitution listing it as a right and a basic need.

Finally, Kibaki will be remembered for guiding Kenya to a new constitutional dispensation and laying the foundation for the implementation of the 2010 Constitution. We know how long and challenging the journey was. It would not have been easy for any president to guide their country through such a rare feat.

We will also remember the late economist for peacefully handing over power to a new administration in 2013.

Nakhurenya Eric is a public policy and legal analyst

What President Kibaki will be remembered for

Kibaki had previously served as the fourth Vice-President of Kenya for ten years.
News
1 month ago

Upon being sworn in, Kibaki declared provision of free primary education in 2003
Siasa
1 month ago

EDITORIAL: Kibaki deserves to be buried at heroes corner

Ruto, Raila and Musalia eulogise the third President for his work in government
News
1 month ago
by ERIC NAKHURENYA
Opinion
25 April 2022 - 05:00