KABUGI: Why Kalonzo is better deputy choice for Raila than Karua

• Karua is infamous, at least to Raila’s supporters, for her passionate and obstinate defence of President Mwai Kibaki’s reelection results in 2007-08

• In 2017, when she vied as Kirinyaga governor, she was easily defeated by then political greenhorn, Anne Waiguru 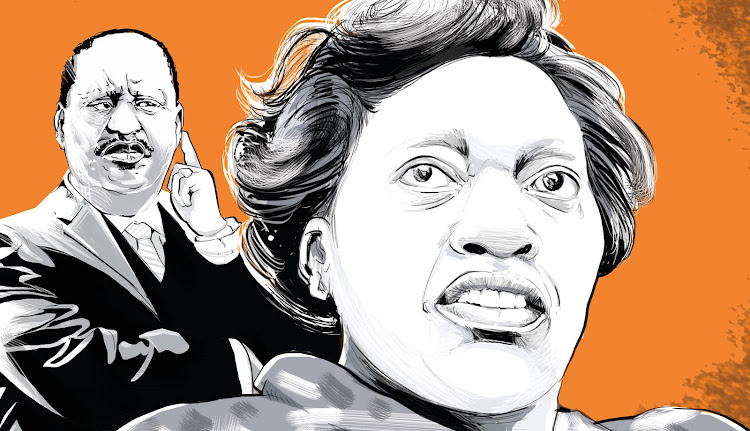 Why Karua is a wrong choice for Raila running mate
Image: OZONE

The running mate position is relatively new in our country’s political formula and matrix.

When it comes to balancing the ticket, several factors are considered, from ethnicity, region, gender and in other countries, such as Nigeria, religion/ faith. In our country, the ethnic factor is supreme as the Kenyan politics is determined by tribal arithmetic instead of ideological persuasion. This is why I am convinced, without a doubt, that fronting Narc Kenya Martha Karua to be Azimio la Umoja flagbearer Raila Odinga’s running mate would be imprudent.

Karua is among the pioneer female politicians and one of the leading crusaders for multipartyism since her debut in elective politics in 1992, when she was elected to represent Gichugu constituency. She went on to serve for two decades.

Karua happened to have been the only female advocate of the High Court elected to the male-dominated National Assembly until 2013, when Suba North MP Millie Odhiambo and Kandara lawmaker Alice Wahome joined Parliament. [ Odhimabo had been nominated by ODM in 2007]

During Karua’s legislative heydays, she was famous for her spirited and legally admirable debates in Parliament. She also sat in the Cabinet as  the Water and Irrigation minister from 2003-05 and the Justice and Constitutional Affairs minister from 2005 till her surprise resignation in April 2009.

She is infamous, at least to Raila’s supporters, for her passionate and obstinate defence of President Mwai Kibaki’s reelection results in 2007-08, where the country was almost on the precipice of a civil war. She was regarded as one of the hardliners.

Even Raila, who then was extremely vilified and at times demonized in her Central Kenya backyard, garnered more votes than she did in her Gichugu constituency and in Mt Kenya region at large in 2013

Fast forward to 2013, she was the sole female presidential candidate and the fourth in our country’s history after Charity Ngilu, the late Prof Wangari Maathai and businesswoman Nazlin Umar.

Karua polled a distant sixth in the race, garnering a paltry 43,881 votes nationally, despite being a national leader then with 20 years as a legislator and almost a decade as a powerful minister.

Even Raila, who then was extremely vilified and at times demonized in her Central Kenya backyard, garnered more votes than she did in her Gichugu constituency and in Mt Kenya  region at large. It, therefore, would make no sense to front someone who would not bring significant votes to what he singularly already has.

There’s a misconception that the womenfolk would gravitate towards a Raila-Karua ticket in droves because of the female representation. I beg to differ.

The women’s vote in Kenya is not amalgamated into a voting bloc because tribalism and other prejudices have impeded women’s issues into being considered enough to be an issue worth competing for during electioneering. They have been overshadowed by the inherent nature of our country’s politics — tribalism.

Much of the issues in Kenya that can easily be ideological have been overshadowed by tribalism and patronage, including women issues.

Therefore choosing Karua as the running mate would be ill advised as she would only bring aesthetic value to the ticket and not numbers, which determine political contests.

In 2017, when she vied as Kirinyaga governor, she was easily defeated by then political greenhorn, Anne Waiguru, who emerged as one of the leading pioneer female county bosses.

Raila would bear the weight of the ticket, if he settled on Karua as his running mate as he would carry the ticket alone, despite having a running mate. There are no votes or political backing Karua would bring to his candidature, which the ODM leader does not already have.

From the women's vote to the Kikuyu vote, Karua is not formidable enough to swing any vote to what Raila has unlike Wiper leader Kalonzo Musyoka.

The Ukambani region, which has more than 1.2 million votes, would be a shot in the arm for Raila’s bid. Settling on Kalonzo as a running mate is thus more prudent than Karua.

Kabugi is a political commentator

Uhuru's trump card in the hunt for Raila's running mate

Of the 19 members of the Azimio's National Executive Council, President has 12 allies.
News
1 month ago

So many competing interests in Mt Kenya; whoever he chooses will upset others.
News
1 month ago
by JAMES KABUGI
Opinion
25 April 2022 - 05:00