VIGNE: Wildlife: The crisis in Watamu

KWS appears to have ignored the collaborative approach, choosing instead to impose a range of new charges on activities that have existed in the park for years.

• KWS is set up and operated to focus on protection of wildlife, often at the point of a gun.

• If the agency is to take on a more commercial approach, then it will need to consider a cultural transformation to be successful. 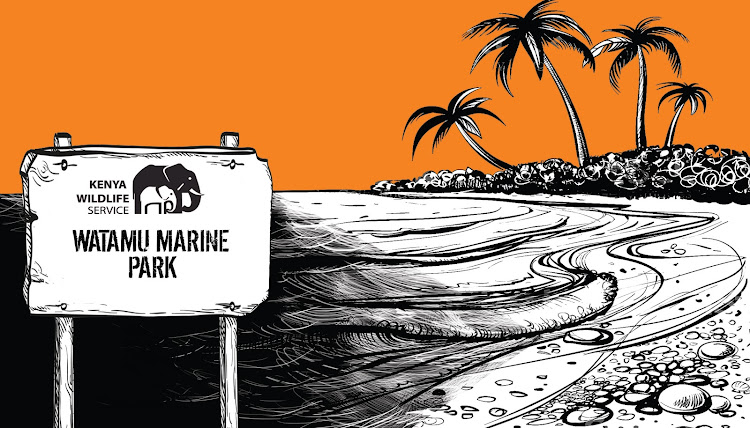 The crisis in Watamu
Image: OZONE

If there is one thing that exasperates me, it is when those responsible for managing and operating conservation areas spurn opportunities for revenue generation and instead spend their time beseeching well-meaning donors or cash-strapped governments for money.

One sees this all over the world, but especially within national parks and conservancies across Africa. Money left on the table wherever you look, to the detriment of customer experience and park revenues – and donor pockets.

For that reason, recent efforts by the Kenya Wildlife Service to improve revenue streams by revamping their customer offerings and creating a range of new value-add opportunities are to be applauded.

Now visitors to some of our parks will be afforded the chance to pay for participation in research work to count elephants, rhinos and hippos, with lion tracking and a range of other activities also on offer. It is good thinking, tried and tested and a whole lot better than taking the easy option of simply increasing entrance fees without attending to the quality of the product on offer.

But changes to the way people pay for access to our national wildlife heritage, be they private citizens or commercial tour operators, have got to be done right or they will backfire spectacularly. Where fees must be increased or new fees introduced, it is a critical legal requirement that this is done in consultation with local stakeholders in the wildlife economy. Without a genuine participatory process trust quickly erodes, and the partnerships so essential for modern protected area management disappear.

Unfortunately, in the case of the Watamu Marine Park, the KWS appears to have ignored the collaborative approach, choosing instead to impose a range of new charges on activities that have existed in the park for years.

After a fiery meeting with senior KWS representatives, the community backlash is gathering real momentum as evidenced by a Change.Org petition entitled “Watamu stakeholders against KWS new and increased fees in Marine Parks/Reserves in Kenya”.

The petition is clear that the new fees will dramatically drive up the cost of visiting Watamu, with every activity bar “swimming without goggles” now subject to charges, including kitesurfing, paddleboarding and even “watching the sunset on the beach or in Mida Creek”.

Comments in the petition such as “$10 a day to kite in Watamu? Bye bye Kenya, welcome in Zanzibar” show clearly how the KWS attempts to improve revenue generation are in fact likely to have entirely the opposite effect. They are poorly thought through, badly implemented and sorely lacking in commercial common sense.

The feelings of the community are exacerbated by the fact that most of the revenue derived from the Watamu Marine Protected Area is apparently siphoned off by the KWS to pay for other poorly performing parks across the country. Understandable perhaps, but even more reason to engage with the people of Watamu who now feel unfairly penalized for their successful long-term support of the park.

More broadly, this is a symptom of a wider malaise that continues to affect Kenya’s wildlife agency.

A few months ago, a friend of mine found himself close to being arrested by a KWS ranger after he was seen with a guinea fowl feather stuck into the brim of his hat, a feather that he had picked up off the side of the road whilst having a picnic in the beautiful wilderness that is Tsavo National Park.

The ranger insisted that the feather be removed as it was “against the laws of the national parks” to collect such wildlife artefacts. According to the letter of the law, he was of course correct. But he was forgetting what should be a key requirement of his job, which is to look after his paying customers at the same time as protecting the park and its wildlife.

Currently, the KWS is set up and operated to focus on protection of wildlife, often at the point of a gun. If the agency is to take on a more commercial approach, then it will need to consider a cultural transformation within the organisation to be successful.

Such an exercise might well demonstrate that respectful and empathetic treatment of customers and commercial partners is often the best route to improved financial performance.

Reports indicate some marine species such as sharks, stingrays and guitarfish are threatened due to bad fishing methods.
News
3 months ago

Where to holiday besides beach