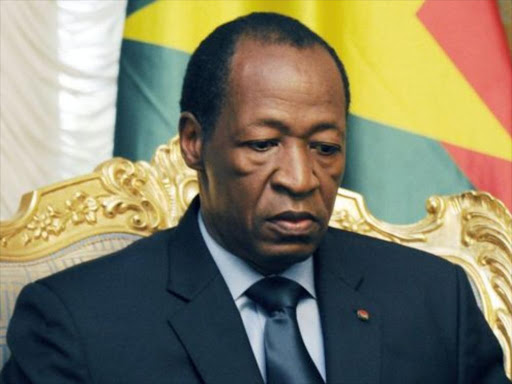 Ex-President Blaise Compaore of Burkina Faso has been sentenced to life in prison for murdering his friend President Thomas Sankara in 1987. He then became President himself until he was toppled in a coup in 2014.

Almost certainly, Compaore was acting as the agent of France and America who did not like Sankara's radicalism. It was France that flew Compaore to Ivory Coast after he was overthrown.

Sankara was not corrupt and initiated multiple progressive reforms, including mass vaccination against polio, ending female circumcision and polygamy, and using small Renault cars to transport leaders instead of Mercedes. He was a friend of Ghadaffi, Castro and Kim-il-Sung.

However he sometimes went too far. He cracked down on the free press and was planning to ban beer by 1987. There are suspicions that he could have morphed into an autocrat if he had remained in power but, as it is, his revolutionary reputation remains unsullied.

Kenya too has had multiple unsolved assassinations including Tom Mboya, JM Kariuki and Robert Ouko. Will those ever be solved? Compaore's trial in Burkina Faso gives hope that one day all will be revealed. Kenya's final history is not yet written.

Quote of the day: “Do not underestimate the power of an enemy, no matter how great or small, to rise against you.”

Attila the Hun
The tribal ruler sacked the town of Metz on April 7, 451

Sankara was gunned down in the West African nation's capital aged 37.
News
1 month ago

The racist nature of the international system should be openly called out.
Siasa
11 months ago

Unity is possible if we join hands