Covid-19 is a global pandemic and the world should unite to fight it instead of uniting against a specific region.

•According to the International Health Regulations, countries are required to have the ability to detect, assess, report and respond to public health events.

•  This is exactly what South African government did. 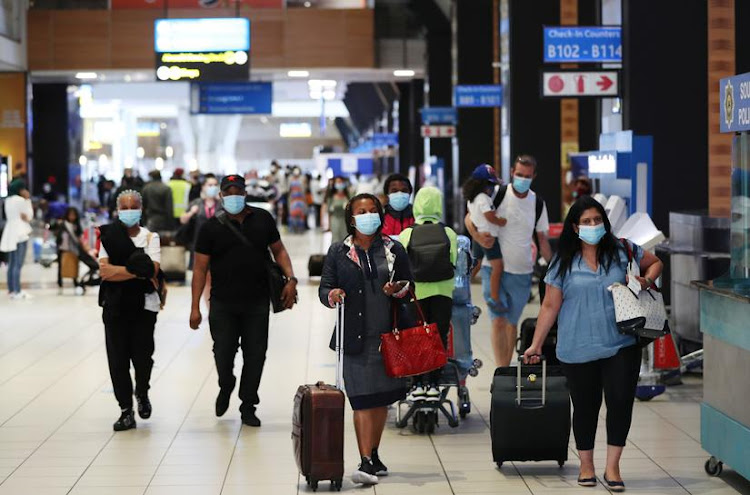 At OR Tambo International Airport in Johannesburg on Tuesday, there were fewer passengers than normal, most flying domestic routes./REUTERS

Few weeks ago, South Africa announced she had detected the first case of highly infectious Covid-19 variant – the Omicron.

According to the International Health Regulations, countries are required to have the ability to detect, assess, report and respond to public health events. This is exactly what South African government did. But immediately after this announcement, some countries, especially in Europe and North America, decided to ban travel to and from eight Southern African countries — South Africa, Botswana, Eswatini, Lesotho, Malawi, Mozambique, Namibia and Zimbabwe — some of which had not reported any case.

In a recent meeting between the United nations and the African Union, UN Secretary General Antonio Guterres and African Union Commission chairman Moussa Faki termed the travel restrictions as unnecessary and ineffective as they are not founded on any scientific or logic evidence.

It is now in public domain that the new variant was already present in various western countries such as the Netherlands, which have not been subjected to a travel ban. This therefore, is a clear act of discrimination against Africa.

Covid-19 is a global pandemic and the world should unite to fight it instead of uniting against a specific region. Africa has for a long time been subjected to racial profiling and denied an equal seat at the international table. As at now, this continent has the least vaccinated population in the world. This can also be attributed to vaccine apartheid, where developed nations have hoarded the vaccines for their use, neglecting the efforts by African governments of seeking international assistance so that they can vaccinate their people. What the West fails to understand is that, if country A vaccinates all her citizens but country B fails to do the same, ultimately the two countries will still be at risk.

Whereas we agree that, no one owes Africa anything and that Africa shouldn’t have entitlement of some sort, the fight against this virus requires a strong global collaboration between nations across the world. Our leadership as a continent should therefore be firm and decisive in demanding for fairness and justice, instead of always crying foul.

All the leadership of the 55 countries in the continent should strive on ensuring they have enough vaccines for their people and that testing of Covid-19 becomes a norm in all places where people’s day-to-day activities are involved. Testing will be key this fight. The AU should also come up with a clear plan on how Africa can manufacture her own vaccine which should be distributed everywhere in the continent. This will ensure Africa will not just sit waiting for aid from other continents. South Africa is already making the vaccines. Kenya has also announced her plans of producing vaccines by next year. It is now upon the leadership of the AU to assist in bringing this to a reality and supporting more countries in the continent to do the same.

The West must avoid profiling Africa, but instead, work closely with our leaders to end this pandemic. Covid-19 has affected everyone, either directly or indirectly and therefore the world should rely on concrete scientific evidence on how to end it and avoid simmering and disquiet conflicts in this fight.

Rich countries could hoard jabs over Omicron – WHO

WHO says administering primary doses should be the priority.
News
1 month ago

Joy and worry after WHO releases first Omicron data