China and Russia are challenging the American narrative of democratic governance.

•Blinken’s afrodiplomacy runs into the immediate headwinds of a complicated security matrix that envelopes the African continent.

•This matrix is characterized by weak states with porous borders and numerous external threats. 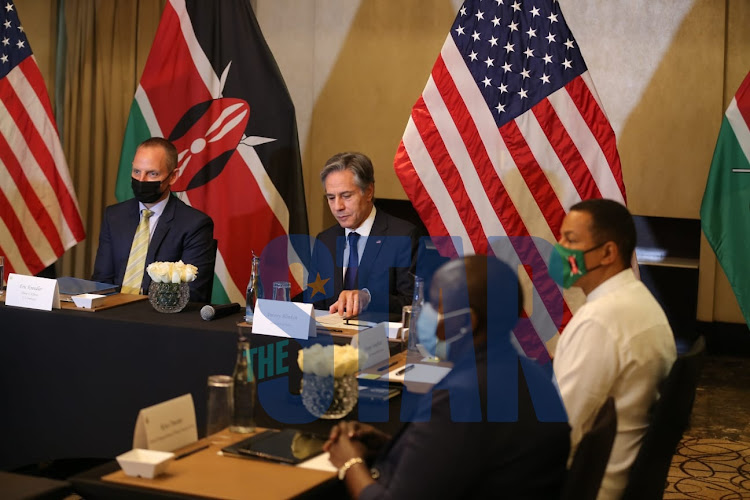 On November 16th, President Joe Biden's foreign policy Czar arrived in Nairobi Kenya, on the first of a three nation Africa tour. This was Blinken’s first visit to Kenya as Secretary of State. While Blinken’s visit to Africa is coated with the optimism of President Joe Biden’s multilateralism and reengagement with Africa, Blinken’s afrodiplomacy faces major obstacles.

Blinken’s afrodiplomacy runs into the immediate headwinds of a complicated security matrix that envelopes the African continent. This matrix is characterized by weak states with porous borders and numerous external threats. As in Afghanistan and Somalia earlier, Blinken’s America is unwilling to get involved in civil wars in Africa. However, American needs stability on the continent in its major power competition with China and Russia. China and Russia are not waiting for the Americans. China for instance has recently supplied Nigeria with its Wing Loong II combat drones and continues to be a major consumer of Nigerian oil. China has invested over $16 billion in the Nigerian oil industry according to the Nigerian National Petroleum Corporation. America is also facing competition in countries like Mali. In Mali, Russia is negotiating the introduction of the Wagner Group. A Russian mercenary Private Security Company owned by President Vladimir Putin’s ally Yevgeny Prigozhin.

The same Wanger Group provides security to reinforce governments in Chad. China on its part, has not only reinforced its economic imprint on the continent, but has moved to begin making a strategic military footprint starting with the military base in Djibouti and recent negotiations with Kenya to have a military base there. This particular move by China in Kenya threatens long-term security interests the US has in Kenya including Manda Bay in Lamu.

Secondly, on an African continent accustomed to strong arm chieftaincy political structures in the pre-colonial setting, China and Russia offer an appealing model to many African authoritarians on how to maintain power. China and Russia are challenging the American narrative of democratic governance being key to national prosperity. They defy this with strong leaders and prosperous states. More broadly, democracy appears to be going out of fashion, not only in Africa but in other parts of the world. China and Russia have provided an alternative to nations in the developing world, competitive authoritarianism. A model of governance that emphasizes strong autocratic leadership, national security, and economic growth.

The only caveat being the repression of certain civil liberties and rights for citizens that attempt to challenge regimes established by the ruler of the state. This strong-arm authoritarianism has motivated democratic deconsolidation in military lead coups in Sudan, Chad， Mali and Guinea. It is illustrated increasingly in the belligerent acts of President Ahmed Abiy in Ethiopia. In addition to this, the calamitous 2020 US election in which Trump inspired insurrectionists attempted to overturn the results of a democratically elected president, further weaken the ability of America to lecture African states on how to conduct democratic elections. Blinken’s trip to Africa aims to reinforce democracy on the continent and norms related to good governance and respect for human rights. This continues to be a tall order on a continent facing a myriad of economic, political and security threats. Lastly, Blinken’s afrodiplomacy faces the weakness of African conflict prevention and resolution mechanisms. The African Peace and Security Architecture speaks to "African solutions to African problems" yet has limited capacity for conflict prevention or resolution.

The AU’s Peace and Security Council (PSC) has limited resources to fulfil its mandate yet is critical to quickly addressing crisis on the continent. In addition to this, the African Union (AU) policy of non-interference in the internal affairs of member states, has led to the problem of “self-pacification.” In this context, AU states fail to intervene in crisis hoping for a speedy and amiable resolution to a conflict. This painful reality is epitomized in the ongoing civil war in Ethiopia, the headquarters of the African Union. Blinken’s afrodiplomacy will need to be patient, tactful and resilient on a continent facing a plethora of internal and external challenges.