Banditry in North Rift: Terrorism or not?

•Studies have shown that terrorism is characterized in terms of the structure, goal or motive, target (victims).

•  Does banditry in North Rift fit this? 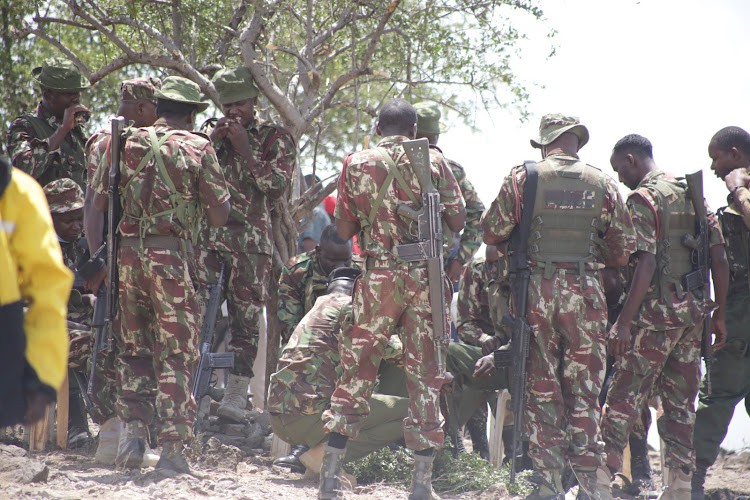 Studies have shown that terrorism is characterized in terms of the structure, goal or motive, target (victims), choice of weapons as well as modus operandi. Does banditry mostly carried out by young Pokot bandits in N. Rift fit this? To understand this it is imperative to unpack the characteristics. Structurally, it is unknown that it has a known structure (Subject to in-depth research), motive or goal; to steal livestock, kill and cause fear (alludes to terrorism). There is no evidence of political or religious ideology but culture is believed to be one of the drivers. On the choice of weapons, the perpetrators use sophisticated and automatic assault rifles to mercilessly kill, maim, injure and displace their adversaries and innocent people which terrorist use. They also engage law enforcement officers in fierce battles whenever they encounter them during their banditry and attacks. The perpetrators also ambush innocent people along the roads, shoot, kill, maim and injure while also violently robbing their victims. Sometimes, the perpetrators burn houses as both a weapon and method of attack.  Most of the affected communities have on their own named the attacks as ‘terrorism’ and the attackers ‘terrorists.’

It is against this backdrop that the understanding of the acts whether pure banditry or terrorism may assist the government and other stakeholders in security forestall the ever worsening situation in the North Rift Counties. Therefore, a serious actionable and practical assessment is called for in the area to inform serious actions.

It is time to make deliberate efforts to restore peace and stability in the North Rift counties. The suffering meted against the population is unbearable. Banditry or Terrorism?

Cheboi is a Security Expert