The youth must stop agonising and start organising

• It is not elections that will bring change but, rather, the robust participation of the youth in these elections as both voters and aspirants (at all available levels).

• Without the robust engagement of the youth, there will certainly be no change. 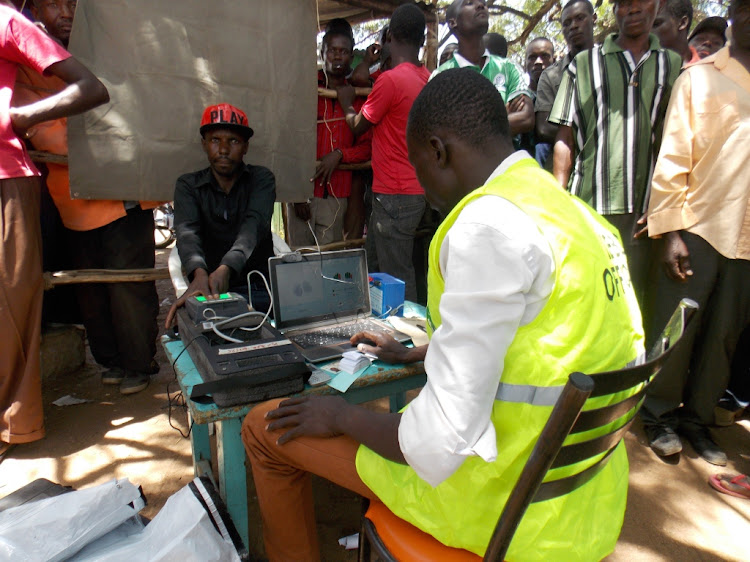 And if we are talking to the youth, why are we talking to them using the language that is boring, tedious, and, hence, inaccessible to them and in media that they are largely absent from?

And in talking to them, does it ever register that they do not trust us? How many times have we repeated to them that voting will change things – only for that promise to be promptly broken and translate into their hollow realities and futures? Were the youth of Kenya not the most optimistic in the world in January 2003 when we had the rainbow revolution under the National Rainbow Alliance

Coalition (NARC) (which saw the electoral ouster to the ruling authoritarian independence party KANU? And did they not cynically remind us that what resulted was that Nothing Actually Really Changed (NARC)?

Were the youth not told that Yote Yawezekana Bila Moi? Only for Moi to leave power but Moism to remain firmly entrenched in our body politic and continue presiding over us to date? Did the youth not sing, chant and chorus in 2002 about how unbwogable they were and even arrest police officers taking bribes by the roadside suo motto? How unbwogable did we treat them – were the promised one million new jobs to be created per year delivered? Or the promise of a new constitution within 100 days? How well did we fare when the promise of a rainbow nation dissipated into the tragic-comic rule by the Mount Kenya mafia?

And when we tell the youth that their vote counts, do we not see that they know that their votes did not count in 2007, 2013, and 2017? What has changed now? And if we are so intent on getting them to register, why not simply develop an App like Mpesa that they can instantaneously access wherever they are in their millions?

Yet, the fact is that for change to happen, the youth must lead: as Dr. Mshai Mwangola brilliantly illustrates in her article, Youth and Politics: Generational Missions, it was youthful generations such as The East Association Generation, The Mau Mau Generation, The Lancaster House Generation, The Lost Generation, and The Uhuru Generation that led and catalyzed fundamental change in Kenya.

Indeed, the Young Turks were not so-called by accident! The upshot: the youth are at the heart of change and transformation in this country.

The creative genius that was the late Kevin Ombajo (Big Kev) of Tru Blaq Entertainment believed in the youth of Kenya. So, when we faced similar voter apathy among the youth in 2007, he developed and coordinated a simple mechanic that was styled the Vijana Tugutuke youth voter registration campaign.

Using popular artists such as Jua Kali, Nameless, Amani, Ken wa Maria and Redykyulass, Tugutuke organized nationwide concerts where the youth were encouraged to attend for free by coming either with their national identity cards or their voters’ cards. If one came with the latter, they got in for free; if they came with the former, they would be registered as voters at the door and then allowed in for free. After this campaign wound up 10 months later, the Steadman Group (now Ipsos Synovate) undertook its evaluation and determined that it was directly or indirectly responsible for the registration of 2.4 million of the 4 million newly-registered voters.

So it can be done! And all this for a then estimated cost of about Sh800 million shillings. Money follows great ideas and not vice versa.

It is not elections that will bring change but, rather, the robust participation of the youth in these elections as both voters and aspirants (at all available levels).

It is because of the youth that a new developmental blueprint responding to or addressing their currently abject and austere plights and realities will be conceptualized and rolled out.

Without the robust engagement of the youth, there will certainly be no change: just another mechanized process that will result in the re-cycling of our cynical and predatory political elite: further entrenching even more skepticism.

It is said that if you are not on the table then you are on the menu. To be on the table, the youth must stop agonizing and start organizing. They must depart from the Book of Lamentations and occupy the Book of Acts! If they do so, then change will come: and because of it, plenty will be found within our borders.

There are about 3 months (plus some change) left of continuous voter registration before the voter registers have to close in preparation for the August 9, 2022 elections.

These are Mugambi Kiai’s personal views.