MURAYA: The ‘lie’ of climate change in Kenya: Boardroom talk vs reality

For those in the semi-arid and arid areas, it is even worse.

• I know this because three of the all-season streams my mum would use to irrigate our small farm in Central Kenya to grow vegetables have since dried up.

• The unpredictable weather patterns in Kenya are so real that it is the talk of every other person in my village. 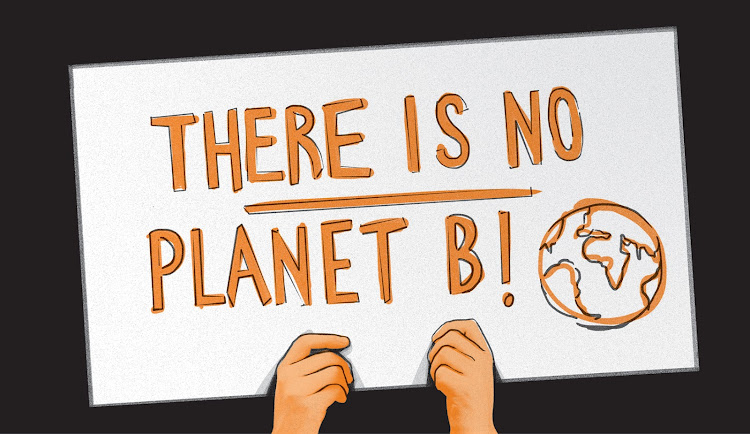 For those in the semi-arid and arid areas, it is even worse.
Image: STAR ILLUSTRATED

I write this from the ground. I dare say, the ground is different.

I call it the lie of climate change in Kenya due to multiple reasons, which if not addressed, will be another all-talk with no action initiative.

Yet, climate change is a reality that every Kenyan is living with and more so the small-scale farmers in our villages.

I know this because three of the all-season streams my mum would use to irrigate our small farm in Central Kenya to grow vegetables have since dried up.

The unpredictable weather patterns in Kenya are so real that it is the talk of every other person in my village.

For many, it is more of a religious issue than climate change. And every other occasion, they are praying to God to rescue them from the ever-looming drought, or excess rain or lack of it. The end result is either way disastrous.

For those in the semi-arid and arid areas, it is even worse.

The mentality is no different even among many professionals. I recently confronted some of my friends in a professional WhatsApp group after they dismissed the climate change agenda as the newest cash cow for Kenya. But where is the lie?

And even after two hours of a heated engagement, I did not win their souls.

Don’t be too quick to dismiss them as ignorant. They have a case to argue.

Here in the city of opportunities, Nairobi, every action depicts a ‘climate change lie’. The irony is right in our noses for us to see.

It is also a similar case within the Counties surrounding Nairobi, like say Kiambu, the land of ‘burotimagutamaguta’ (prime land).

-‘The Climate Change Lie In Kenya’-

It is in Kiambu where conservationist JonnahStutchburry was in July 2021 was shot dead near her home after receiving multiple death threats following her campaign against the development of wetlands in Kiambu.

She was shot several times.

She had vocally opposed attempts by powerful local businessmen to build on the nearby Kiambu forest. Her death has been linked to this.

No suspect has since been arrested. Investigations are ongoing.

Upon receiving the news of her death, President Uhuru Kenyatta said; “For the longest time, Joannah has been a steadfast champion for the conservation of our environment and is remembered for her relentless efforts to protect Kiambu forest from encroachment.”

She died for fighting for the same environment that is too central in the climate change debate.

Like in her murder, more atrocities are being committed against the environment.

Kiambu for example is losing acres of productive land to the so-called gated communities, that have little or no green areas…just mansions dotted with palm trees.

In most areas, indigenous trees have had to pave way for either a development park or new estate.

Authorities have turned a blind eye as the defilement of the one green land continues.

Ruaka in Kiambu is now one of the fastest-growing concert jungles. With apartments cropping up from every corner and the expansion of roads, the green space is shrinking at an alarming rate.

Runda and other leafy suburbs will soon be an island in a ‘sea of concrete. How do we sustainably cater to the need for housing and preserve our environment?

The Environment and Management Co-ordination Act sets out general principles, creates administrative bodies, lays out environmental quality standards, and provides for the inspection, enforcement, and punishment of environmental offences. The law is clear, implement it.

The same sin is repeatedly being committed in Nairobi, save for the ‘leafy suburbs’ where the affluent in society live.

Within the Central Business District, tens of trees have been cut to pave way for pavements. The irony!

Not even the ‘noise’ on social media by environmentally conscious Kenyans has deterred the rampant cutting of trees in Nairobi.

It is also the city of big convoys as one politician hops from one corner of the city to the other. It is not rocket science that petrol and diesel cars are among the polluters of our environment. But hey, we need the cars for our politicians.

On December 19, 2018, the Government launched the ambitious -Greening Kenya- campaign at the Ruiru GK prison, one of the areas that had been set aside for seedlings planting before distribution across the country.

The ultimate objective was to develop 50 million tree seedlings for planting and contribute to the realization of the recommended 10 percent forest cover in the country. Little has been heard of the initiative since it was launched. This is the lie of the climate change debate in Kenya.

By next year, the Government then said Kenya’s forest cover will be improved by 8 percent from the then 7 percent.

The United Nations’ recommended forest cover standard is 10 percent, with the country falling short of the target due to increased human activities like illegal logging among other reasons.

As global leaders meet in Glasgow for the 26th UN Climate Change Conference of the Parties (COP26) in Glasgow, there is a need for soul searching.

The lie in Kenya is also a lie in many parts of the world…including those vocal about climate change.

For example, United Kingdom Prime Minister Boris Johnson drew heat on Tuesday when the conference kicked off, for planning to return to London from the COP26 climate summit using a private jet.

It was just hours after warning in a speech that time was running out on the ‘doomsday clock’ to save the planet.

We can either choose to be hypocritical or just face the truth and however little, do something about it.

In Kenya, due to the poor rainfall and low crop production, 2.1 million Kenyans are facing acute food insecurity in the next 6 months.

At the beginning of September, the president of Kenya declared the drought a national disaster following a national rainfall report.

The common man is suffering. But does he or she resonate with what is seemingly an elitist-driven climate change agenda?

Yes, there are a few community-based activists talking about this but the reality on the ground is dim.

How do we bridge the information gap? How do we practically implement the all-wonderful proposals on paperwork?

Until then, it's all talk with no action.

With no practical solutions and an all-boardroom-driven approach, all the talk is null and void.

In Kenya, it will remain a lie until the National Environmental Management Authority and County Governments enforce some of the basic laws to protect our delicate environment.

While collectively it is a global responsibility, it is even more personal.

Let us remember the words of the Nobel Peace Prize Winner, the late Wangari Maathai; "We should always be like a hummingbird. I may be insignificant, but I certainly don't want to be like the animals watching the planet goes down the drain. I will be a humming bird, I will do the best I can."

Joseph Muraya is a Security, Governance and Human Rights Journalist based in Nairobi, Kenya. He is the current Secretary General of the Crime Journalists Association of Kenya.