Forthcoming general election should be break from the past

•For far long our politics has been defined by the greed of few who have left the rest in misery.

•It is time for the political class and even the ordinary to take a new approach. 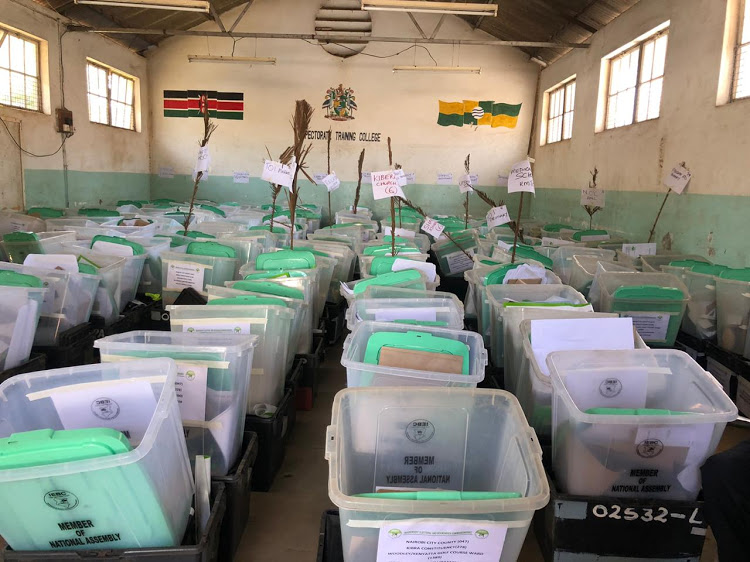 IEBC ballot boxes on display during a past by-election.
Image: FILE

As the political class jostles for positions across the country ahead of the 2022 general elections there is a heightened tempo that risks polarizing the country as the date for the election draws near. Elections are important but it should serve the society and ensure that the season only bring us together.

For far long our politics has been defined by the greed of few who have left the rest in misery. It is time for the political class and even the ordinary to take a new approach to the way we do business in this critical period.  Over the years, Kenya has grown to become a vibrant democracy in a region where there is little room for peaceful democratic transition.  While we are very far from issue based politics and considering our politics is largely driven by tribal ambitions, as contest for tribes to flex their muscles and maybe in some instance some sort a tribal census, there is more than unites than divides us. We share the same roof in a country we all call home despite our differences.

It seems what matters most rarely features in the debate in our national politics, it all revolves around personalities, tribe, regions and clans, things that should be less of priority.  Our politicians with support of the masses use the political arena as a space to flex their muscles and test their egos.  It is never about issues, if you need to understand this just look at the quality of debates in the media.  In 2022, the electorate need to take a break and rather bring in leaders who put the public interest at their heart of the agenda in their respective seats.  It is therefore incumbent upon the political class to ensure they spread a message of tolerance and embrace the spirit of open debate in the race to the various centered on issues and solutions for the problems facing the electorate they wish to represent.

It’s time to move away from our Machiavellian approach to politics and embrace the sprit of tolerance, this country presents a ray of hope in a region that is really burning, and elections should bring us together than divide the electorate.  A break from the past where the political class to get their way is required.  In these regards, it is therefore vital for the institution such as the National Cohesion and Integration Commission (NCIC) to plan appropriately.  The approach by the Minister of Interior to map out hotspots and plan ways of mitigating violence is laudable.  The state must use its machinery to ensure that the country makes gains in the next general election and that we don’t see violence during the elections.

The candidates angling to take the position of President should be grilled on their agenda for the country and must also themselves tackle how to communicate their agenda for the country. Our journalists should ask the hard questions, they should dig up facts on candidates and their profiles. The media can play role to illuminate the scene, it should be helping the common man make an informed choice.

It should no longer about a candidate’s ability to marshal the support of his tribe or clan but rather on their suitability for office.  The Independent Electoral and Boundaries Commission (IEBC) should also do all what it can to ensure that it stops those who don’t meet the requirement as per Chapter Six of the Constitution don’t end up in the ballot. One area that needs to be clearly checked is also election finance.  It is time for Kenyans to know how politicians funds their campaigns. We need a transparent process where we can assess the election finances are proper and don’t contravene the laws.

The 2022 election by all means should be the turning point this country needs. The parties also have a role to support vibrant progressive politicians who know the importance of leading others. Party primaries are where many hopes of great people who would have made a difference in people’s lives are dashed. The primaries shouldn’t be seen by parties as avenue to raise funds for their respective presidential candidates but a platform to present the best for the electorate to make a choice.

While we have one nation, the challenges are also diverse. For example, the challenges the people of the North face are far from different from those faced by those in Central Kenya. Therefore, our politicians need to align their personal association on the national scene with the parties they feel can address the challenges of the region they represent while at the same time focusing on the challenges the entire country faces.

The writer is a former journalist and a Member of the Public Relations Society of Kenya. Can be reached at: [email protected]