Deal with 'wash wash' once and for all

•The more nuanced one and which is quite a threat to our economy is how these proceeds of crimes are washed into the banking system to be seen to be coming from legitimate business – what is money laundering. 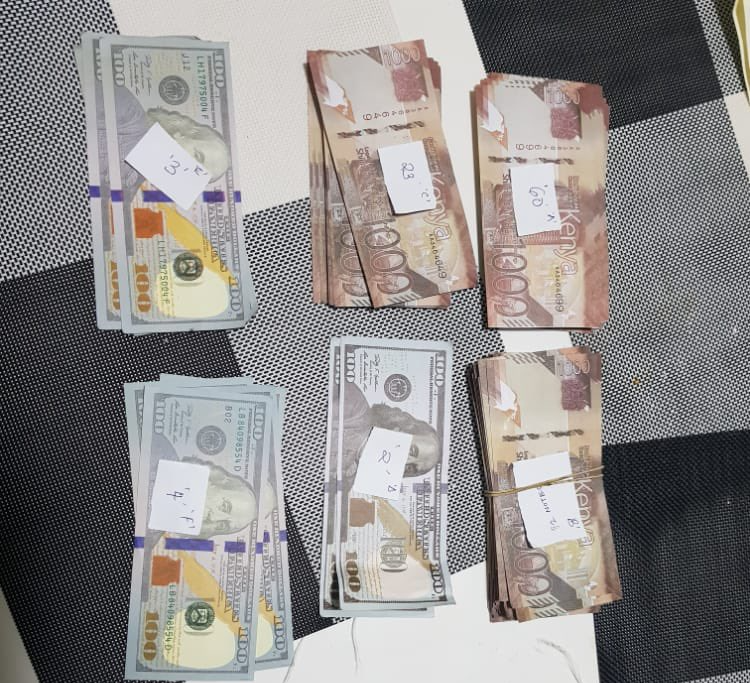 One of the biggest successes of the Multi-Agency Team (MAT) set up by the President three years ago has been the progressively successful implementation of the Proceeds of Crimes and Anti-Money Laundering Act with assets worth billions of shillings recovered so far. Together with Central Bank’s robust anti-money laundering and combating the financing of terrorism (AML/CFT) framework, we have gone a long way in ensuring that those who hold proceeds of crime do not have easy avenues of laundering their proceeds through our banking system.

Another factor has been aggressive efforts by the Kenya Revenue Authority (with the help of other agencies in MAT) to crack down on tax evaders who have been a major conduit for those who have been helping criminals, especially those involved in corruption and organized crime to launder their money. A major culprit has been the construction industry where criminals buy building materials with ill-gotten cash and use it to severely distort the property market with thousands of buildings (including malls) coming up in a market that cannot keep up with them. This has in turn created a barrage of empty apartment blocks that are so overpriced that they cannot find buyers and/or renters. We have seen empty malls luring clients with up to 6 months rent-free if they could just sign discounted two-year lease agreements with them.

With KRA cracking down on some of these major distributors of building materials to show their client lists, focus of money launderers has now shifted to cash businesses especially in the service and entertainment sectors in which it is difficult to monitor activity without having people being physically present. Some of these businesses include petrol stations, car yards, bars and restaurants, liquor stores and wines and spirits, upmarket salons and spas and even nail studios.

So what do we need to know?

Wash wash exists in two forms. The most popular one has been with us for a long time starting with what was known as pata potea and the principal still remains the same. Basically, a client is lured with a promise to multiply their money and ends up losing all their cash. On first attempts, the client wins and then gets hooked in. Seeing that they are on a winning streak, they put all the money they had into the game believing (at the urging of the conmen) that they are on a winning streak then they lose everything. The modern-day version of this is what is now widely associated with what has become known as Kilimani Gangs. These ones have a “Money-Minting Machine” that one is lured into putting small amounts (say fifty thousand shillings) that is then “multiplied” to two hundred thousand shillings. This is usually genuine money (that had been put in the machine prior probably from another client that was conned) that will pass all tests and be bankable. Once the client has been hooked, they would be asked to empty their bank accounts and even take loans to come make a kill. It is then that the Money-Minting Machine develops “software problems” or run out of expensive liquids that would need to be imported from abroad requiring large amounts of money and that lie never stops. Believing that they are involved in crimes, the victims often do not report to the police and in cases where they do, the criminals usually have those in their pockets. Many victims have even been arrested! Families have lost their entire fortunes in this scheme.

The more nuanced one and which is quite a threat to our economy is how these proceeds of crimes are washed into the banking system to be seen to be coming from legitimate business – what is money laundering.

Those of us who watched the hit Colombia-based Netflix drug crime drama Narcos remember how the protagonist Pablo Escobar claimed that the money he had came from his three old yellow taxis (in reality the money came from drug trafficking). He kept this lie until he had become so wealthy that it was no longer possible for him to explain it away (at some point he offered to pay Colombia’s entire public debt!). It is said that money his criminal organization buried underground because he could not bank it is still being discovered today.

Here in Kenya, criminals (whether they be these conmen, drug traffickers and corrupt public officials) have discovered a new way to clean their money – cash-based service industries like the ones I mentioned earlier (car yards, bars and restaurants, liquor stores and wines and spirits, upmarket salons and spas, boutiques and even nail studios). Because these are businesses where people walk in and out having spent money in cash, a business that makes ten thousand shillings in a day can easily bank five hundred thousand shillings and claim that the spa is very active especially if it is located in a prime location and charges expensively for their services - notwithstanding the fact that entire days could pass without a single client walking in and getting services. Boutiques could be spending fortunes hiring very attractive women to market their overpriced mitumba clothes nobody buys just to get the legitimacy needed to bank large amounts of money from proceeds of crime. Someone could open a nail spa today and in six months they have five of those in very expensive neighborhoods that allow them to bank millions of shillings.

The result is that legitimate businesses cannot compete fairly in this market and often close within months of setting up as they are surrounded by phony businesses competing with the few clients available. Whereas these legitimate businesses have genuine employees whose families rely on them and genuine suppliers for the goods and services they provide, the phony businesses use their ill-gotten wealth to buy flashy cars and expensive houses which in turn distort the markets for these goods and lead to an overall increase in the cost of living.

Worse still, some of these criminals are known to have successfully ventured into politics and won seats while some fund political campaigns as a way of buying protection – a direct threat to the democracy we have fought so hard for.

The time is ripe for the Multi-Agency Team to focus on these phony businesses and their shadowy owners to protect legitimate businesses that create actual jobs for Kenyans, feed families, pay school fees and contribute to the overall good health of our economy. And if the successes registered so far by agencies like KRA, EACC, ASA, CBK and DCI is ramped up and focused in this area, I am sure the people of Kenya will see results. Over to you MAT!