"We must deeply introspect as a nation"

•The  alleged  killers of the Embu brothers have now been  arraigned in court and hopefully relatives of the deceased will get answers.

•The brutality meted on the two, brings to the fore a history of police violence and recklessness that is yet to be tamed by the Ministry of Interior. 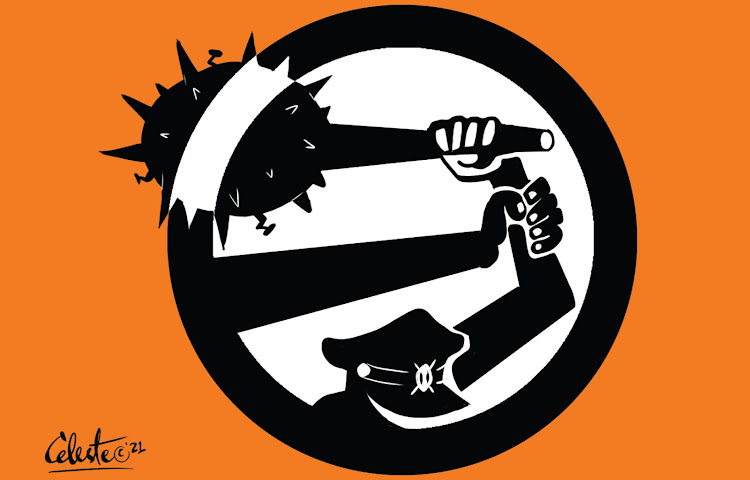 Young Kenyans have been at the receiving end of police brutality since time immemorial. Our officers have been known to unleash terror on their victims whether during a peaceful protest or when enforcing the dusk to dawn curfew. The internet has been awash with videos of Kenya policemen thrashing helpless victims either in markets or on the streets without justification.

According to the Human Rights Watch, at least six people died from police violence during the first 10 days of the dusk to dawn curfew. And most recently  the two Embu brothers Benson Njiru and Emmanuel Mutura, whose lives were cut short during a curfew enforcement by police. The brutality meted on the two, brings to the fore a history of police violence and recklessness that is yet to be tamed by the Ministry of Interior.

The  alleged  killers of the Embu brothers have now been  arraigned in court and hopefully relatives of the deceased will get answers.

It is disheartening that the people mandated to protect citizens are the very danger to them. They say bad apples come from bad trees, the internal affairs of the Ministry of Interior must account for these deaths by setting up a useful disciplinary system. Why does it take so long for the officers to be charged. Is someone deliberately shielding the perpetrators? The public no longer trusts the police with their lives, thus heads must begin to roll, Interior Cabinet Secretary Dr Fred Matiang’i should institute thorough structural changes to weed out the bad apples, this could be his legacy assignment.

Young people are not enemies of the state, therefore their interaction with the police should be cordial. They (police) are in a strong position to institute attitude and behavior change. Additionally, the ministry should train  its officers on strategies and methods of interacting and dealing with the  youth and juveniles, they should also reduce aggressive law enforcement tactics and belligerence.

It is also important to note that the police cannot oversee itself; it is for this reason that the Independent Policing Oversight Authority which was established through an Act of Parliament to provide for civilian oversight over the work of the police has not lived up to its mandate.

IPOA should routinely be announcing data on offenders and summary dismissals for offenders.

It is about time we did away with policies of the past and reckon with this reality that is slowly decimating the young generation. The Ministry of Interior should implement policies and practices that are viable and relevant to this century. Kenyans deserve a useful and dependable police force, it should live up to its motto “Utumishi  kwa Wote”.

Since 2003 successive governments have campaigned on the basis of police reforms. Police  high command have even set up an office on Police reforms, however, little has been seen to come out of these lofty promises. Police of 1990s is the same police of 2021. There was even a change of name from Police force to police service, but again actions speak louder than words and we have not seen any progress.

In conclusion, we must deeply introspect as a nation; we cannot continue to kill our young people. As John Paul II said, “A nation that kills its own children is a nation without hope”.