Kisumu to host Africities even as urban planning remains a challenge

County governments have failed to implement their spatial plans.

• The country has been unable to fully tap the potential and establish model cities for the rest of the world.

• Our cities are facing huge planning challenges, and many are barely able to support a decent life for residents. 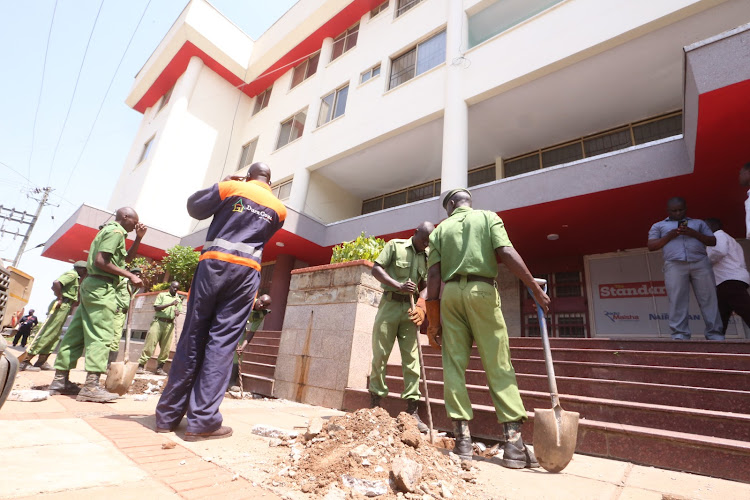 As the country prepares to host the 9th Africities Summit, it is painful to note that even with devolution in Kenya, urban planning remains a big challenge.  Our towns remain reminders of what lack of planning can do to respect human rights.

Unfortunately, the country has been unable to fully tap the potential and establish model cities for the rest of the world. With the present devolution in Kenya, a number of County Government headquarters have remained one-street towns, clogged sewerage systems, poorly managed road systems, and stinking facilities including markets. County governments have failed to implement their spatial plans even despite requirements by the County Government Act.

We still have a lot of shanties and even within the three cities, the ugly face of poor planning rears itself regularly, and any development in infrastructure is accompanied by destruction of property including buildings, water, and electricity connections, eviction of people, or legal battles Just see what is happening in Mombasa road with the construction of the Express Highway or in Kisumu recently. Urban planning has refused to come of age in our town centers to a level even providing emergency services is not possible.

Kisumu County government is set to host the 9th Africities Summit in 2022, following successful negotiations held in 2018 in Morocco and the establishment of a multi-agency committee on September 25, 2020, involving state and county officials to prepare for the same.

The event planned for April 2022 is expected to provide a platform to spur investment and development not only in Kisumu County but the entire Lake Region Economic Bloc and Kenya at large.

Africities is the United Cities and Local Governments of Africa's (UCLG- Africa) flagship pan-African event held every three years in one of the five regions of Africa.

It focuses on the need for Local Africa to learn, promote and present a new approach to sustainable development. The theme shall be “The role of Africa’s intermediary cities in the implementation of the UN’s Agenda 2030 and the African Union’s Agenda 2063″.

Dysfunctional systems including the poor state of public transport, infrastructure, sanitation, water, and schools will continue frustrating our quest for building future cities in Kenya.

And this explains largely the reluctance by Kenyans to adopt such government plans such as the housing policy for public servants, because many times, public-led programmes either lack or ignore proper planning.

Our cities are facing huge planning challenges, and many are barely able to support a decent life for residents. Because we abandoned planning, we are seeing the growth of cities in the country that has become uncontrolled and ungovernable.

People are reluctant to own houses or permanently reside in cities because many of them remain insecure, informal, and non-inclusive, and it will take a huge policy shift and way of doing things to make them attract dwellers.

The manner we are building our cities does flout all known rules including our building codes, green growth policies, the Climate Change Act 2016, and business growth agenda.

I am sure given the Covid-19 related containment measures including constant washing of hands and general cleanliness, the has given meaning for cities to have access to water to deal effectively with such pandemics.

Previously, UN-Habitat noted that cities and towns are expanding at an alarming rate- every week three million people move to cities and urban centers looking for work, education, and a better life.

The only way to ensure that urbanisation becomes sustainable is by encouraging a more plan-led approach to development- we need to plan for and build homes for the increasing numbers of people, ensure that cities do not descend to chaos, and more importantly adopt innovative ways and approaches in our urban planning, for well-managed cities can help to drive economic growth, progress, and innovation.