There has been growing public dissatisfaction in the manner in which quarrying activities are being undertaken.

• Quarrying is a major industry in Kenya, which supports the construction industry, creates employment opportunities and is a major contributor to the national economy.

•  However, the industry suffers from a number of constraints, including lack of basic knowledge, safety precautions, poor working conditions, low socioeconomic status 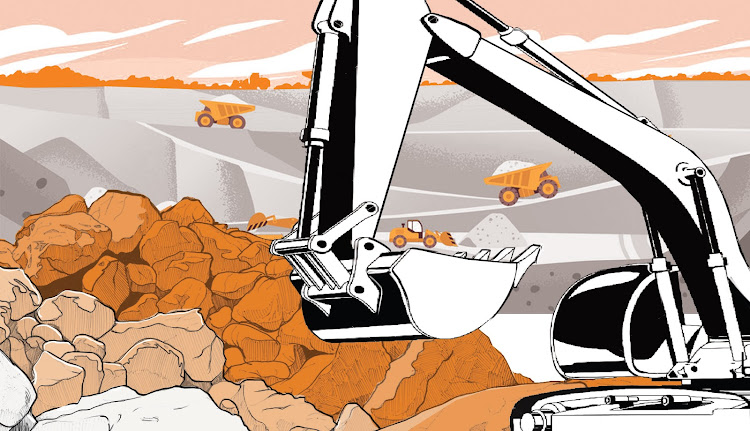 Rock quarrying is a global phenomenon and has been the cause of concern across the world, including the developed nations.

It generally involves the removal of overburden, drilling, blasting, and crushing of rock materials. Undoubtedly, quarries play a significant role in the economy of most African states. The World Bank acknowledges the development of a viable stone quarrying sector is vital for economic growth and poverty reduction.

However, with the increase in human population and economic development, immense pressure on natural resources such as hard rock, laterite, sand, and soil in the past decades has intensified.

This is given the intensity of construction of buildings, expressways, buildings, harbours and irrigation.

According to a BBC news report 2010, China and Russia have the largest mining industry, producing up to three billion tonnes of coal each year. However, these countries have been responsible for several mining deaths each year because of maximising revenue.

Besides, an initiative of India’s biggest rural media platform, GaonConnection, in July 2021 revealed that 46 people were killed in a week in mining-related transport accidents in Karnataka, Gujarat, and West Bengal.

All the accidents were caused by the overloading of boulder trucks, lorries carrying explosives for illegal stone quarrying, or negligence of sand trucks drivers and tippers involved in mining activities.

Furthermore, data compiled by South Asia Network on Dams, Rivers and People, a network working on issues related to rivers, also reported a vast number of fatalities and injuries as a result of mining.

Kenya has immense potential for mineral resources development and exploitation. Quarrying is a major industry in Kenya, which supports the local construction industry, creates employment opportunities and is a major contributor to the national economy.

the National Environmental Management Authority and the Department of Mines and Geology should conduct regular inspections of all quarries to ensure their operations comply with legal provisions.

There are more than 200 local and foreign companies and individuals carrying out the exploitation and exploration of minerals in Kenya. However, the industry suffers from a number of constraints, including lack of basic knowledge, safety precautions, poor working conditions, low socioeconomic status, lack of clear quarrying legislation and environmental degradation.

In Kenya, we have the Occupational Safety and Health Act, 2007 and, Environmental Management Coordination Act 1999 that governs the quarrying industry.

They provide guidelines in the mining industry such as the level of noise, the vibrations and protective clothing for the workers in different workplaces.

However, according to the National Environmental Complaints Committee, there has been growing public dissatisfaction in the manner in which quarrying activities are being undertaken. The country has witnessed various quarry disasters and complaints associated with quarrying, especially with the abandoned quarries.

Studies conducted by the International Labour Organization indicate that as much as mining employs around one per cent of the global labour force, it generates eight per cent of fatal accidents.

Most quarry sites are unsafe for operation and fail to observe environmental and safety measures.  Most quarries use explosives for blasting operations, workers do not wear protective gear and as a result, they are exposed to great danger.

There is also lack of a clear regulatory framework for the management of quarries and inadequate and uncoordinated enforcement of existing legislation has led to haphazard and unsafe operations.

Nevertheless, these activities can adversely alter pre-existing ecosystems and have various implications on the environment. In particular, they can result in disturbances of flora and fauna, visual squalor, noise pollution, dust and vibrations causing negative human health impacts and destruction of property.

In addition, mining generally affects the hydrological functions and compete with ecologically protected zones such as national reserves, game parks and gazetted forests.

One of the biggest negative impacts of quarrying on the environment is the damage to biodiversity and habitat for a range of living species, including fish, insects, invertebrates, reptiles, birds, mammals, plants, fungi and even micro-organisms.

Habitat destruction can also cause changes to groundwater or surface water, degradation of land, drainage problems and visual intrusion. Mukeo, Murang'a county is one such area, where this practice has raised a lot of issues in the environment and in the neighbouring community.

Quarrying also generates massive quantities of dust that lead to air and water pollution. This causes a variety of respiratory diseases amongst workers such as pneumoconiosis. Under continued exposure, it may develop into chronic bronchitis or emphysema.

Waste generation has also been on the rise as a result of quarrying. Some quarries produce significant amounts of waste material such as clay and silt. Abandoned quarries act as dumping sites. In addition, there is still potential for damage to the environment, particularly with water contamination.

The Dust Barrier Model should also be adopted as modern technology of dust strapping such that a negligible quantity of dust escapes from the various operations at the quarry site.

What can we do to help?

In this regard, we need to strengthen environmental governance and support institutional capacity at all levels by enforcing policy and legal measures that govern the quarrying activities.

The National Environmental Complaints Committee, which has been mandated to investigate and handle environmental-related complaints, has some recommendations.

There is need to avoid mining in ecologically sensitive areas such as road, rail, building, near lakes, rivers, streams, and all water catchment areas.

Two, conduct environmental impact assessment on the quarrying/mining sites to determine the suitability of quarrying.

Three, adhere to the Noise and Excessive Vibrations Regulations, 2009. This helps impose a low limit on blast vibration levels to community pressure and reduce the impact of blasting on residential structures.

Fourthly, the National Environmental Management Authority and the Department of Mines and Geology should conduct regular inspections of all quarries to ensure their operations comply with legal provisions.

Fifthly, train quarry operators on safety, health, and environmental issues. Quarry sites should also have a person in charge of safety and ensure the establishment of Safety, Health and Environment Committees'.

Research and developmental activities should be strengthened for updating resource databases, technologies, and management.

The Dust Barrier Model should also be adopted as modern technology of dust strapping such that a negligible quantity of dust escapes from the various operations at the quarry site.

Restoration of mined areas through tree planting and landscaping could take place when the quarry is exhausted.

Acoustic screening such as the use of baffle mounds or noise fences can be enhanced to provide screening for noise-sensitive properties.

Lastly, restrict quarrying within the forested land devoid of trees with the aim of reclamation for re-vegetation in accordance with the Forest Conservation and Management Act 2016.