•Either way, the recommendations for far-reaching constitutional change.

•A popular initiative to amend the constitution can only be pedaled by the sovereign people. 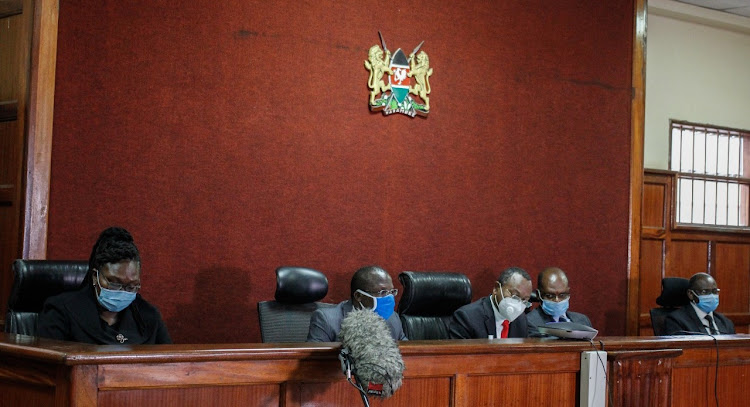 A five-judge bench of the High Court of Kenya has calmed the soul of the republic by filling our mouths with mirth and our tongues with singing. It has held BBI- driven Constitution of Kenya Amendment Bill 2020 unconstitutional. This political symptom of our social disease was pushing radical constitutional amendments through a steering committee, an illegal and extra-constitutional entity that was choreographed to erect institutional layout for a surrogate constitution by the popular route. Such a committee would, supposedly, be embraced as a benevolent assembly examining suggestions and recommendations for constitutional change.

These recommendations would situate an actionable plan around which political mobilization and deliberation would be anchored. Thus, grounding a significant agenda for constitutional amendment that mimics the procedure outlined in the 2010 Constitution. Yet, this blueprint had brutally belittled the limitations in eternity clauses or the basic structure doctrine which places substantive and procedural boundaries on the amending procedure and power provided under the constitution, particularly, Articles 255-257 of the Constitution.

Either way, the recommendations for far-reaching constitutional change, including collection of signatures by the BBI taskforce to support the initiative did not baptize it as a citizen-led process. A popular initiative to amend the constitution can only be pedalled by the sovereign people not by the government. Equally important is the finding that several proposed amendments to different provisions of the constitution, call for multiple question referendum to prevent the mischief of disguising unpopular amendments among popular ones.

Electoral achievements of political parties and coalitions ideologically devoted to absolute wrecking of the Constitutions of Kenya have habitually engendered novel schemes and plans to validate far-reaching constitutional modifications since independence. The Argument this time is that the 2010 constitution is incompatible with the cultural, social, economic and political ethos of a modern day Kenyan society and ought to be expansively altered to mirror current political values and yearnings. The rallying ground has been the 2007-08 post-election violence and annulling of the 2017-18 presidential election results. It’s idle to mention that competition or consensus within political players cannot certify the disdain and contempt of constitutional mandates.

The framers provided for change within the framework of constitutional stability. Yet, the contradictions intrinsic in the aspiration to realize sweeping social and political transformation while securing the Constitution is an irony in any constitutional development of a nation. As a tool for nation-building, Constitutional modification is not necessarily a selective flirtation with a totalitarian government ready to create political space for manoeuvre but a constitutional necessity.

Of course, the prospect of major constitutional change and the hullabaloo encompassing judicialisation of politics in Kenya merit exceptional considerations. If the constitution is a brake, it needs an objective and impartial operator to stop unruly political warhorses by enquiring whether the Constitution has been preserved inviolate. The legislative and executive branches of government must perform their duty without abuses and excesses as guardians of the people. This solemn task is with the now independent, fearless and bold judiciary.

Amending power is a delegated legal ability which acts as trustee of the people. Thus, it’s bound both by overt boundaries in eternity clauses and covertly by limitations including the principle that the body in which the constitutional amendment power is vested in trust cannot exercise it to obliterate the constitution from which it obtains its authority.

Any amendment of the constitution’s heart leads to the breakdown of the whole constitutional scheme. This kind of constitutional unmaking is reserved for the people’s primary constituent power and thus beyond the delegated organs. Such extraordinary power must be executed using appropriate channels of effective and scrupulous democratic participation and deliberations. This acts as an antidote, a safety-valve to the bygone mores of hyper-amendment even for regular and routine politics of the day.

Pre-eminence of law and the Constitution has been established in this battle of constitutional hygiene. Players of state authority have been called to subject themselves to legitimate rules of the game. This constitutional discipline is a reminder to Judges too, that it’s their duty to guard and uphold the Constitution and its quality. In deed, the judiciary has won custody of Kenya’s ten-year old Constitution through entrenchment of the basic structure theory. Kenyans will not give sleep to their eyes or slumber to their eyelids until finality is reached in this matter of national survival.