Charles Onyango: Beware of economic populists pretending to be “saviors”

The audience is first astonished, uneasy about the chutzpah, then charmed and fascinated.

•When presidential campaign begins, we’ve a slew of candidates who go around telling us what’s important to them and how their plan is going to fix all of our problems.

•Another problem is that politicians have a penchant for making promises that are either too vague to measure or so unrealistic that only the most loyal supporter actually believes they’ll come to fruition. 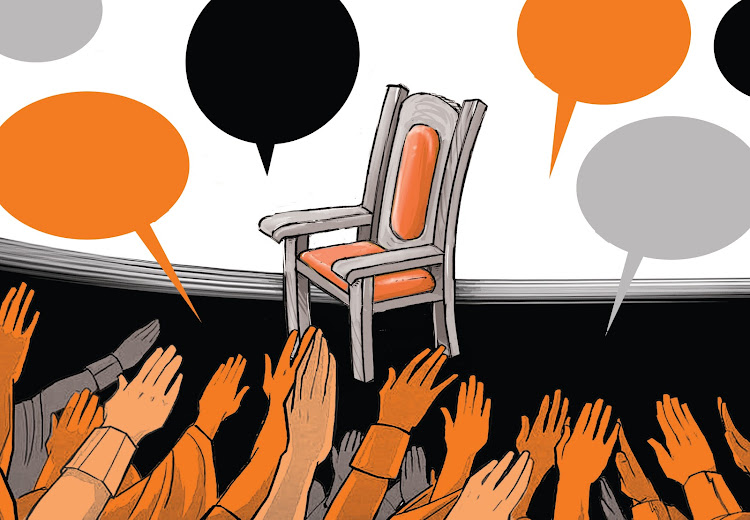 There are two fundamental problems with our politics that we broadly seem to tolerate. The first is that the issues our leaders run on are defined by them and not us.

When presidential campaign begins, we’ve a slew of candidates who go around telling us what’s important to them and how their plan is going to fix all of our problems. Sure a lot of these talking points are determined by polling of voters, but we still let them end up defining the core issues of campaign, rather than vice versa.

Another problem is that politicians have a penchant for making promises that are either too vague to measure or so unrealistic that only the most loyal supporter actually believes they’ll come to fruition.

However, this isn’t unusual. History shows that when the problems of citizens are enduringly hidden in politics, if a political idiom creeps in that no longer means anything to the people, then the actors take to the stage. Not just any actors, but those who’ve prepared to step down from their personal stage and turn the real life of a nation into a stage.

The audience is first astonished, uneasy about the chutzpah, then charmed and fascinated. Then comes the final step, the transformation of the intoxicated people into an intoxicated nation.

Going by the current bland campaign promises, I am persuaded that “economic populism” will be an issue in 2022 polls — and yet, many of us won’t be able to recognize it when they see or hear it. But the stakes are too high not to. The term is frequently used to express dissatisfaction of a policy proposal. For some pundits, it connotes demagoguery. Others mistakenly associate it with widely held but erroneous “common sense” economic concepts like “increasing tax cuts for the wealthy to spur growth.” But I believe its distinguishing trait is how it ostensibly rejects or dismisses the expertise of professional economists.

However, it would be a stretch to assume that either of these descriptions captures the essence of the current political trend in Kenya. If you pay attention to prominent politicians on both sides of the aisle long enough, you'll see troubling trends that set off your inner economic populism alarm. The most obvious example is the way they frame issues. Almost all of them portray themselves as true representatives of "the people," against "elites" who oppose "our" interests. But it is how these discourses have split our society between a supposedly wide interest and an entrenched elite quelling it that piques my curiosity.

Villains and their alleged misdeeds differ.  For DP Ruto and his "Hustler Nation" acolytes, the affluent — and, as they add, the "deep state" — are gaming the system to the disadvantage of ordinary Kenyans. This cabal of elites, they explain, allegedly influences elections, opposes “people-based” welfare programs, rewrites rules in their favor, ties up trade deals that harm the “hustlers” and rip off consumers. For Tinga and his allies, the so-called "One Kenya Alliance”, the evil elites are instead the "mighty corrupt" who steal state coffers and launder in churches. They go on to say that the church is the easiest target, a place where politicians who want to win elections talk in tongues. They claim that strengthening the criminal justice system through the beleaguered BBI initiative is the solution to Kenya’s economic ills.

Perhaps what makes these discourses even more hazardous is the audacity of their proponents to suggest that there are enormous wins out there for "the people" that are accessible for free — that they can provide solutions without tradeoffs, missed chances, or unexpected consequences. It doesn't take a rocket scientist to realize that the claim that the “elites” are denying "the people" of something that only the self-proclaimed “Hustler-in-Chief” or “Baba” can provide is absurd. Evidence suggests that a country's wealth is derived via bottom-up activities rather than top-down decisions. Claiming that a political representative of "the people" understands more about how to accomplish collective goals than a free people undermines any type of constraint on government actions.

Well, it may be true that the elites in Kenya work against broad majoritarian interests. But we must acknowledge the obvious fact that although politicians from both camps disagree on who the “elites” and “the people” they represent actually are, it’s remarkable how often they agree that they themselves are the problem. A presidential candidate, while pretending to call for more limitations on transitory business “elites”, only seeks to empower another elite, government officials, who will operate at his or her whim. Don’t be deluded! We’ve no saviors, just career kleptomaniacs casting the government as a spoil of war, to be fought for and then enjoyed.

We must be vigilant, lest populism contaminates our economic debate. History is littered with populist positions that were difficult to abandon once accepted.

Mr Onyango is a Global Fellow at MWI.