African Anti-corruption Day: Taking Stock of Achievements in the fight against Corruption

Corruption undermines the economic growth trajectory in Africa and beyond.

•There is a strong link between growth and governance in this resource-rich continent and African stands to gain and strategically position herself economically by routing out corruption in all its forms. 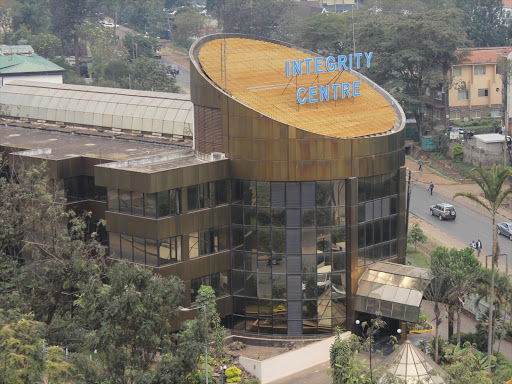 Numerous efforts in the fight against Corruption in Africa are noteworthy. Governance and anti-corruption literature about the continent indicate renewed commitment towards eradication of the vice.

Africa has suffered debilitating effects of Corruption across socio-economic and political spheres hence self-realization and thrust in stamping out corruption.

There is a strong link between growth and governance in this resource-rich continent and African stands to gain and strategically position herself economically by routing out corruption in all its forms.

Today marks a significant milestone in the fight against Corruption as we observe the fifth edition of African Anti-Corruption Day Commemoration. The African Union designated 11th July as the African Anti-corruption Day in recognition of the vast progress towards eradicating corruption. This year’s thematic emblem is entitled; Regional Economic Communities: Critical actors in the implementation of African Union Convention on Prevention and Combating Corruption (AUCPCC).

As we take stock of concrete achievements realised in the fight against Corruption in Africa our mother land, all the state parties to AUPCC should use the day to make reflections for best practices on good governance and anti-corruption interventions that will rid the continent of this scourge of corruption.

In resonance with the commemoration’s theme, Kenya which is a state party to the AUCPCC has made great strides in preventing and combating corruption. The Country boasts of an independent Ethics and Anti-Corruption Commission (EACC), a robust legal and institutional anti-corruption framework, A National Ethics and Anti-Corruption Policy, Multi –Agency and stakeholder collaboration and framework for addressing corruption. Key to anti-corruption approach are independent, Judiciary, Office of the Director of Public prosecutions and oversight bodies including the legislative arm of government.

Regionally the East African Association of Anti-Corruption Authorities (EAAACA) launched in 2007 brings together anti-corruption authorities of   eight countries namely; Burundi, Djibouti, Ethiopia, Kenya, Rwanda, South Sudan, Tanzania and Uganda. The vision of this regional body is to promote the spirit of zero tolerance against corruption and encourage regional cooperation in preventing and combating corruption. Its overall objective is to promote regional cooperation, mutual legal and technical assistance in prevention of corruption in the region, information sharing, training and research.

In commemorating this significant event in the anti-corruption set of priorities, it provides a rallying call for all and sundry to reflect and dialogue on the role of all the stakeholders in promoting anti-corruption agenda. An individual’s and institution’s commitment plays a major role in determining whether we are fighting a winning or losing battle. Effective stakeholder cooperation serves as a solid platform for successful war against graft and unethical conduct. The organizations mandated to coordinate and implement interventions for combating and preventing corruption should put in place the requisite mechanisms and involve all the actors.

Corruption undermines the economic growth trajectory in Africa and beyond. Corruption continues to dampen investor confidence while depriving citizens of quality services and access to human rights. To emphasise what runaway corruption can do to a society, the former Secretary General of the United Nations, the late Kofi Annan said Africa isn’t poor citing that it is a rich continent with many poor people where around 160 Billion dollars flow in to Africa each year yet over 200 Billion dollars get lost through Corruption.

In order to conquer corruption and unethical conduct both in Africa and beyond, a unified multi-sectoral approach should be strengthened. Working collaborations inform of regional cooperation, stakeholder engagement and partnerships constitute an effective integrated anti –corruption approach. An essential sector in anti-corruption agenda includes the Media whose role is to conduct investigative journalism to expose corruption scandals, objectively report corruption matters, educate and raise awareness among the masses and set the agenda on combating and preventing corruption. Other sectors that equally play a major role in anti-corruption efforts include law enforcement agencies, Watchdog agencies, Oversight institutions, County and National Government, Civil Society Organizations, Religious sector, Private Sector, and Professional bodies among others.

Most often, the citizens suffer disproportionate effects of corruption in any arena whether social, political or economic. It is therefore imperative that concerted effort towards eliminating graft in our beautiful country Kenya and Africa should be driven by citizen voice and action. The citizens play a monumental task in fighting corruption by demanding for quality services, reporting cases of corruption, shunning and stigmatizing ill-gotten wealth, raising awareness on effects of corruption and electing leaders of integrity. To all citizens of goodwill, sun should not set down this African Anti-Corruption day without rising against corruption for the realization of a corrupt free Continent.