CHARLES ONYANGO: Let physicians be part of the fight against graft

• When the art of healing becomes a science of stealing, the moral vision and nobility of medical practice are jeopardized.

• Reports intimate that doctors are not only victims, but also beneficiaries and perpetrators. 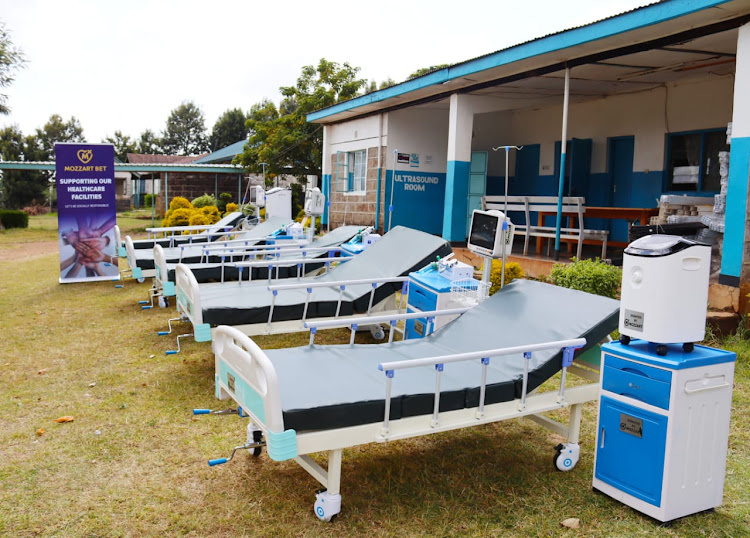 Ordinary Kenyans generally think of health-care corruption as a development issue at best, and a socioeconomic one at worst, beyond the realm of scientific medicine. And when they’ve talked about it, they’ve mostly concentrated on policymakers, instrument purchases, and medication and commodities supply. They’ve forgotten — or perhaps they don’t know — that graft in the health-care sector isn't only a matter of "development" or a legal issue involving fraud and abuse, but also one of ethics.

Interestingly, even in the distinguished precincts of our medical academy, the word "corruption" is frequently omitted from the agenda and language. At most, “professional misconduct” is mentioned. Even worse is the professional bodies' dismal silence when the cause of medical ethics is at risk. Furthermore, bioethicists, who are the modern-day guardians of morality in medicine, are uninterested in tackling this “boring” societal issue. It doesn't generate enough hair-splitting debate to satisfy their philosophical minds.

When the art of healing becomes a science of stealing and a conspiracy to cover-up introduces criminality into medicine, the moral vision and nobility of medical practice are jeopardized. Reports intimate that doctors are not only victims, but also beneficiaries and perpetrators, which is terrible. Nearly 70 per cent of doctors would do unneeded treatments to defraud patients, and that 20.6 per cent of medical care is unnecessary, including 22 per cent of prescriptions, 24.9 per cent of tests, and 11.1 per cent of procedures. This accounts for three per cent of healthcare spending, with other estimates placing the loss at 10 per cent of the national healthcare budget. The vices include false and opportunistic billing, fraudulent sickness certificates, evasion of medical costs, opportunistic prescriptions, payments for needless medical tests, facility services and consultations, long-term care related fraud, and conscripted  home and community-based.

Clearly, graft is an important factor that determines whether someone lives or dies, whether they are in good health or are in pain. It promotes poor health and prolongs suffering, as well as eroding patients' faith in doctors and the healthcare delivery system. Patients' desire to seek care, divulge sensitive information, submit to treatment, and follow physicians' advice is difficult to come by without a healthy doctor-patient relationship, and therefore the quality of care will suffer.

Graft undermines the moral vision of medicine. Its absence, on the other hand, is linked to improved health results. There is a link between good governance, as measured by strong anti-corruption efforts, and longer life expectancy, reduced infant and maternal mortality rates, and greater subjective health emotions.

Ethics lies at the heart of medicine. It is difficult to imagine a good but corrupt physician. Medicine devoid of morality turns this praxis into one of stealing, killing and criminality. It’s therefore greatly concerning that those we’ve entrusted with our wellbeing are the very people undermining the foundation of the practice and profession. When the ethical underpinning of a great profession like medicine is jeopardized by unethical and corrupt practices, we expect people who have embraced it to not be able to afford the luxury of "doing nothing."

To put it another way, if physicians truly do not want to serve the machinery of death, which is lubricated by corruption, they must face, discuss, and take a stance against it. Taking a position against corruption and supporting proper anti-corruption measures would help to foster strong governance in the health-care sector, as well as prompt proactive policies and initiatives that provide better and more affordable health coverage for all. This will aid physicians and bioethicists in gaining the trust of patients and the general public.

Charles Onyango is a Global Impact Fellow at MWI