Century of CPC’s leadership and lessons for Africa

•While China’s rise has been viewed with much skepticism, Beijing has provided a new impetus for other emerging economies.

•Under the leadership of the CPC, China is actively extending proceeds of its development to other countries. 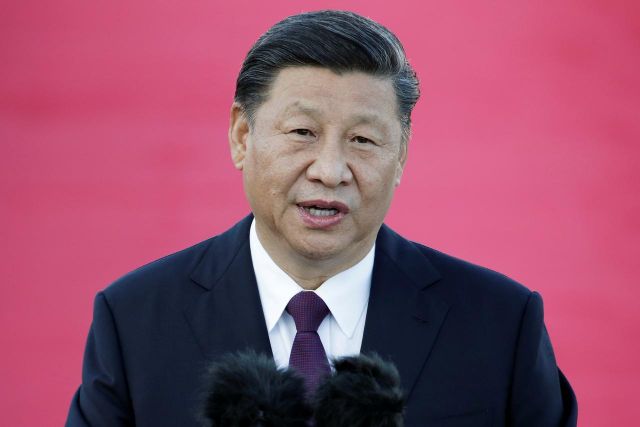 On July 1, 2021 President Xi Jinping led China in marking 100 years since the formation of the Communist Party of China. The celebrations that have been closely followed around the world underlie the incredible societal transformations that China has registered under the leadership of the CPC. Rising from an inward-looking polity, the party oversaw the founding of a new republic in 1949 and subsequently implemented a series of targeted policies that have created inordinate social, political, diplomatic, and military visibility and utility for China.

China is today a strong member of the United Nations family, and an advocate of functional and inclusive multilateralism. The CPC has carefully learned from the experiences of other countries to chalk a path that though unique to Beijing, resonates with the wider global community. The very challenges that China has succeeded in managing such as poverty alleviation, national unity and citizens’ support toward the government –still loom large in many countries.

While China’s rise has been viewed with much skepticism and even fear from some Western countries, as the largest developing country, Beijing has provided a new impetus for other emerging economies on what is possible when the government and people unite to confront enduring challenges. Under the leadership of the CPC, China is actively extending proceeds of its development to other countries in the spirit of shared prosperity.

In Africa, where China has been the largest trade partner for over a decade now, Chinese money, technology, and to a less extent labour, are transforming the continent’s infrastructure capability under the Belt and Road Initiative (BRI). Kenya, which is home to over 400 Chinese enterprises, has so far implemented a number of development projects such as the standard gauge railway line connecting the port city of Mombasa and the administrative capital, Nairobi; the Lamu deep sea port, Nairobi Expressway and Garissa solar plant, as a result of its economic partnership with China.

As the world watches the CPC centenary celebrations with admiration, there are a number of insights that other countries can learn from China’s governance model. CPC is arguably one of the oldest parties in the world, with the largest following and highest citizens’ approval. According to a poll published by the Washington Post in May 2021, Chinese citizens’ trust in their national government hit 98 percent.

How did the Communist Party of China achieve this? The most important actions, perhaps, are the weaving together of a knowledge-based governance system. China has proven that it helps to have knowledgeable people managing its affairs. With over 92 million members, the CPC has its disposal incredible talent in all sectors – making it possible for Beijing to build a knowledge driven economy that now benefits not just China but also the rest of humanity.

Second, taking the cue from its revolution-ridden past, the CPC has firmly placed the interest of the population in its policy deliberations and implementation. This has resulted in the provision of wide-ranging public goods such as security, healthcare, education, transport, energy, and employment. Last year, China managed to eliminate extreme poverty from its borders; becoming the first developing country to achieve the foremost United Nations’ Sustainable Development Goal ahead of the deadline in 2030.

The Covid-19 global pandemic has further exemplified the superiority of Chinese governance model. Racing to secure the welfare of the people, the CPC pulled together monumental resources – epidemics control experience, financial, technological and human to mount the most comprehensive response against the pandemic. Barely six months after reporting the first case of the virus, China turned the tide and became the largest source of essential medical supplies needed to fight the pandemic around the world.

Third, by maintaining a policy of non-interference in other countries’ internal affairs, the CPC has won friends across the globe; avoiding foreign entanglements that could have compromised its ability to deliver for its citizens.

The last yet not the least anchor of CPC in the eyes of the Chinese people, is unflinching pursuit of the rule of law. Chinese understand the basic laws governing their country and faithfully seek to abide by the law. The same cannot be said of other societies where leaders or those from privileged backgrounds live above the law. Given the massive size and population of China, it would be impossible to govern if citizens do not feel a sense of fairness, justice and equality before the established laws.

These pointers affirms the legacy of the CPC and offer crucial leaning points for other societies keen on upstaging development challenges in the scale that China has done. Luckily, for Africa, the Forum on China Africa Cooperation (FOCAC), founded in 2000, provides a platform for consultation and exchange with China for mutual development and progress.

I guess the Chinese governance model will win, not because Beijing has shoved it down the throats of other countries, but because it speaks to the aspirations of so many populations around the world. The milestones already consolidated provides perfect backdrop to confront present and future challenges. As a major country, the world looks forward to even more constructive role of China in global affairs. Congratulations to the CPC and the people of China on the centenary of dedicated service and leadership.

The writer is a scholar of international relations with a focus on China-Africa cooperation.