MAKODINGO: Intensified recovery of proceeds of crime a move in the right direction

State has heightened efforts to deter theft of public resources.

• The law only provided a custodial sentence as it still does, only that now there are more statutes to deal with similar cases.

• Prominent among those statutes is the Proceeds of Crime and Anti-Money Laundering Act, 2009, used together with the Anti-Corruption and Economic Crimes Act. 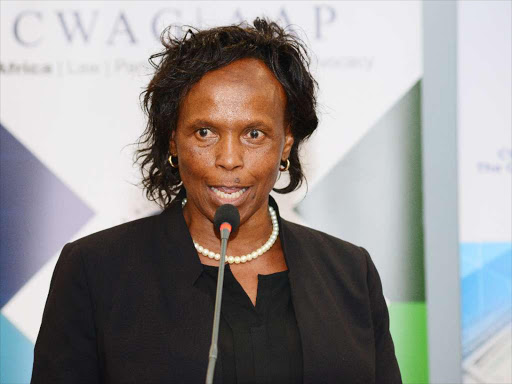 Over two decades ago, a woman was sentenced to 30 years in prison for drug trafficking.

Before her arrest and successful trial, she had invested her proceeds of crime in properties from the Coast region to Eldoret. In the period that she was in jail, there was a significant property boom and when she got out recently, she came out a multimillionaire and is now living like a queen, literally.

At that time, the law only provided a custodial sentence as it still does, only that now there are more statutes to deal with similar cases. Prominent among those statutes is the Proceeds of Crime and Anti-Money Laundering Act, 2009, (Procamla) used together with the Anti-Corruption and Economics Crimes Act (Aceca).

Section 4 of the Act says, “A person who acquires, uses or has possession of property and who, at the time of acquisition, use or possession of such property, knows or ought reasonably to have known that it is or forms part of the proceeds of a crime committed by him or by another person, commits an offence.”

If this Act had been in existence when the woman was sentenced, the state, through the Asset Recovery Agency, would have moved to repossess all the assets that could have been linked to her drug trafficking.

She would have left prison a pauper and a pariah in society. But since it did not, she is a 'shining example' of how a few years of sacrifice in prison can bring long-term wealth.

Today, Procamla has nipped that in the bud. The most visible use of this Act has been in the war on graft, especially stolen public funds, where it has successfully been used to recover proceeds of corruption even as criminal cases take longer in the corridors of justice.

Some of these instances include a Toyota Landcruiser and Five parcels of land in various areas being proceeds of crime in NYS II in the Ngirita case; James Thuita Nderitu and others over Sh32 million being proceeds of crime from NYS; Lillian Mbogo and others for $105,293.7 and Sh22,445,487.74 held in bank accounts; and former National Water Conservation Authority finance manager Stanley Mombo Amuti in possession of unexplained assets worth Sh41,208,000.

Now, the ARA has successfully used it to recover money in a case involving the smuggling of goods from Uganda without paying taxes. This was done in a judgment by Justice James Wakiaga on June 8, 2021, when he delivered a forfeiture ruling against one Josphat Kamau in Civil Application No 13 of 2020 {Asset Recovery Agency v Josphat Kamau} of about Sh45 million on the basis that they were proceeds of crimes for which the respondent had been charged in court.

In the ongoing criminal matter, Kamau has been charged with the offence of smuggling goods, importing restricted goods and importing goods that are concealed.

In summary, Kamau’s trucks, returning from Uganda, were declaring that they were empty (and therefore no goods to be declared for taxation purposes). The two had modified compartments that were used to smuggle cigarettes from Uganda, with the one caught carrying non-customed cigarettes worth Sh9.5 million.

The ASA demonstrated to the satisfaction of the court that on 13 other occasions, they could link the departure and returns of the said vehicles to large cash withdrawals and deposits out of and into Kamau’s accounts.

The court held that “the letter, spirit and gravamen of the Proceeds of Crime and Anti-Money Laundering Act are to ensure that one doesn’t benefit from criminal conduct and that should any proceeds of criminal conduct be traced, then it ought to be forfeited, after due process, to the State, on behalf of the public which is deemed to have suffered some injury by the criminal conduct.”

The court further held that ASA, having placed before it evidence showing that the respondent was engaged in smuggling for which he had been charged, the burden, therefore, shifted upon the respondent to show that his was a legitimate business. He did not.

He should have done this through proper accounting documents, including local purchase orders, receipts for purchases made, delivery notes to his clients, audited statements of account reflect profit and loss and corresponding taxes paid.

Having failed to prove that the said money in his account was from legitimate businesses, coupled with the uncontroverted evidence that his trucks were found with uncustomised goods, the court issued an order of forfeiture.

This smuggling case could have a significant impact on the illicit import of goods that is costing the Kenya Revenue Authority billions of shillings in untaxed illicit goods. It will also go a long way in protecting innocent Kenyans from poor quality and sometimes even harmful counterfeits as there would be no motivation to engage in those businesses.

Procamla, together with Aceca, has provided the people with a mechanism to ensure criminals do not accrue benefits from proceeds of crimes even as their criminal cases go on. As it is progressively implemented, criminals will no longer sleep easy in prison knowing that at the end of their jail terms they would have large portfolios of wealth arising from their criminal acts.