Why the court erred in BBI judgment

•The Court injects “eternity clauses” into the Constitution without indicating which of its provisions are immune from amendment.

• The absence of clarity on what constitutes an eternity clause means that these clauses will be what different courts claim they are. 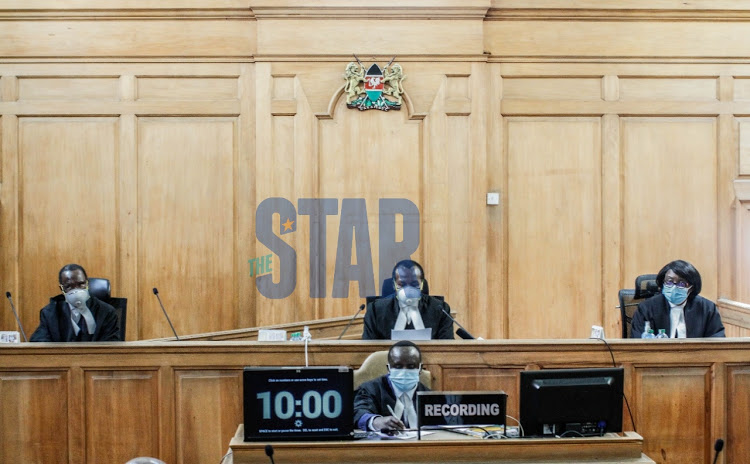 While many have lauded the High Court Judgment that halted the BBI constitutional amendment process, it portends serious and far-reaching implications on the manner in which Kenyans exercise their democratic right to decide on how they would wish to be governed. The court has now ruled that Kenyans can only change several aspects of their constitution in what constitutional lawyers call a  primary constituent power set-up . Kenya has only had one such moment in its history, namely the Bomas Process of the early 2000s, and its product was heavily contested for nearly a decade. Indeed, it was not until 2010 that the outcome of the Bomas process was transformed into a constitution, albeit with material alterations instigated by politicians. Shouldn’t the people now have an opportunity to have their say on these alterations?

In our context, there is, therefore, no guarantee that the process of exercising the primary constituent power will be orderly, or will be concluded as intended, or that it will necessarily produce qualitatively better constitutional provisions than the exercise of the amendment power. Contrary to the claim that a constitution is born mature, we thus need to see constitutions as fallible institutions that will always need constant improvement.

Unfortunately, the High Court’s decision would effectively prevent the people from having a say on how they are governed, particularly where for one reason or another, and as our history aptly demonstrates, they are unable to exercise the primary constituent power to amend the Constitution, as the Court demands.

However, constitution-making or amendment should be a bottom-up and not a top-down approach. Through deliberative and participatory processes, citizens should be able to persuade one another of the value of any proposed constitutional amendment. This would be more democratic than the courts imposing a view that they have derived from “some implicit lines in the constitution”, as the High Court has done here

The Court injects “eternity clauses” into the Constitution without indicating which of its provisions are immune from amendment, only stating that this determination will be based on a court’s “fact-intensive determination”. The absence of clarity on what constitutes an eternity clause means that these clauses will be what different courts claim they are. Therefore, there is no certainty that the interpretation that a court will provide will be consistent with the Constitution and conform to its identity.

Put differently, judicial declarations that certain provisions form part of a constitution’s basic structure or eternity clauses will merely preserve the understanding that particular courts have of norms that are invariably open to different interpretations. Allowing courts to assert a power to imply eternity clauses based on their preferred reading of the Constitution undermines the democratic process. Given the absence of clarity on what constitutes an eternity clause, there is a real danger that the Doctrine could be used to invalidate constitutional changes that are unlikely to pose a substantial threat to the fundamental values of our democratic order.

Indeed, even ardent proponents of the Doctrine concede that courts can use it as an institutional trump card that they apply selectively to aggrandize their authority vis-à-vis the elected branches of government. The judicial control of constitutional amendments will lead to a situation where courts effectively arrogate the role of the people and their elected representatives in defining our country’s fundamental values, and over which there may be reasonable disagreement. Further, the absence of clearly defined limits means that every court will have its own list of what is eternal and what is not.

We should, therefore, reject the Court’s notion of implied limitations on the constitutional amendment power. Instead, any such limitations should be explicitly established, as the Constitution has done in Chapter 16.

To determine whether the Doctrine applies to Kenya, the Court stated that it would be guided by the history of the making of the Constitution of 2010. Unfortunately, the Court then proceeded to read that history selectively, in two material respects. First, the Court failed to recall that the Draft Constitution that was subjected to a referendum in 2010 was not a product of the People’s Constituent Assembly. Second, this Draft Constitution differed in fundamental respects from the Bomas Draft Constitution, politicians having altered it through a pact at Naivasha in 2010.

The Constitutional Review process was then put on the back burner for some two years, until the Post-Election Violence of 2007-2008 necessitated its revival. This is the context in which Parliament passed the Constitutional Review Act 2008, which established four organs of review, namely the Committee of Experts, the Parliamentary Select Committee, the National Assembly, and a Referendum. Instructively, the Constituent Assembly was a glaring omission from this institutional framework. This institutional framework meant that the people would not get to deliberate on the Draft Constitution in a constituent assembly, which for the Court is a critical mechanism for amending what it terms the basic structure and eternity clauses of the resulting Constitution.

To make matters worse, this process produced a Draft Constitution (the Revised Harmonized Draft) that differed in fundamental respects from the Bomas Draft Constitution, politicians having altered it through a second pact at Naivasha in 2010. The redesign of the Executive provides an excellent and glaring example. The Bomas Draft had proposed the establishment of a Parliamentary system of government comprising a president as the head of state and a prime minister as the head of government. Initially, the Committee of Experts (CoE) produced a draft constitution (the Harmonized Draft) that proposed a Parliamentary/Presidential hybrid system of government. In recommending this institutional design of the executive branch of government, the Committee of Experts considered that the people were polarized between choosing either a Presidential or a Parliamentary system of government. While some people demanded an elected president albeit with limited powers, others favored the establishment of the office of a prime minister as an addition to the office of the president. However, there was less clarity on the relationship and division of powers between the two offices, in terms of who would bear executive power, how much power the president would have, and what system of accountability would work best.

But when the Parliamentary Select Committee (PSC) received this draft, it agreed by a consensus reached in Naivasha in January 2010 to adopt a Presidential system of government instead. In making this departure, the members of the PSC stated that they were taking political responsibility for the decision in their capacity as the “political leadership”. They based this decision on the claim that the Constitutional Review Act 2008 gave them a mandate to build consensus on the Reviewed Harmonized Draft Constitution that was produced by the Committee of Experts, and to make any changes they considered to achieve consensus. In its final report, the Chair of the CoE stated that the Committee “let the politician make this ultimate decision” out of fear that the constitutional review process “would have become dead as a dodo” had the politicians not had their way. Further, the referendum that followed was based on a single yes-or-no question. The people did not therefore get any chance to deliberate in a constituent assembly on the critical question of the design of the executive. Is it not now preposterous for the Court to claim that the people cannot amend the provisions of the Constitution dealing with the executive when they did not get to deliberate on them in the first place?

In these circumstances, it would be ironic to insist, as the Court does, that the people can only amend the Constitution through the exercise of their primary constituent power, yet they did not deliberate upon, and continue to disagree, over some of its provisions, particularly the Executive.

Issa Ibrahim Mahat is an Advocate of the High Court and a former member of Team of experts that worked on the BBI draft.