About 200 people, including 58 children and 34 women have died in the Gaza Strip

•The US has never unequivocally censured the Israeli side for the incomparable loss of lives in Palestine.

•China supports the resumption of peace talks between Palestine and Israel as soon as possible on the basis of the "two-state solution". 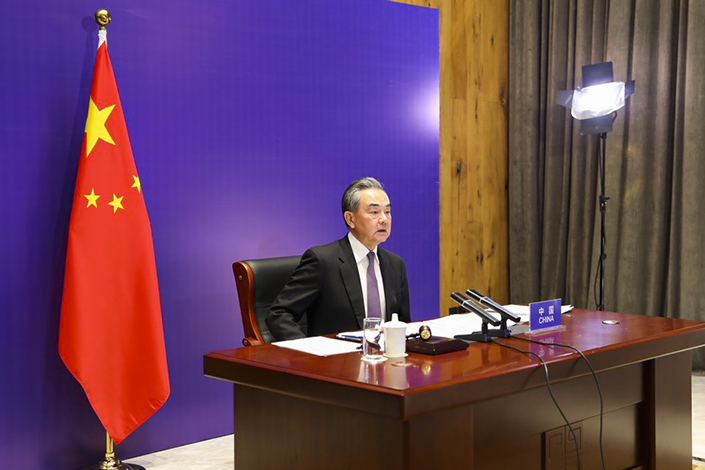 The crisis in the Middle East is not new. Even before the conflict that pits Israel with its Muslim neighbours started with the creation of the Jewish State in 1948, the area had known violence for eons. Through the years, the crisis has cost thousands of innocent lives of people who are not active participants to the conflict.

There is need for a permanent solution to the crisis though. But this will not be achieved without a realistic appraisal of the situation and the adoption of recommendations that demand serious compromises on both sides of the divide.

As Israel’s top ally, America has been unable to change the situation in the area. It seems to the US, Israel can do no wrong, even when it is clear that its approach has been high-handed with no intention for genuine rapprochement. There is no US administration that has called Israel to order even in obvious instances of gross human rights violations of Palestine citizens as is currently happening.

Further, America’s reaction to the crisis has exposed its pretentions of empathy towards Muslims. For the last one year the US has mobilised its Western allies in condemnation of China’s overt re-education programmes in the Xinjiang autonomous region while the real genocide against Muslims has been taking place in the Middle East in full glare of the international media. 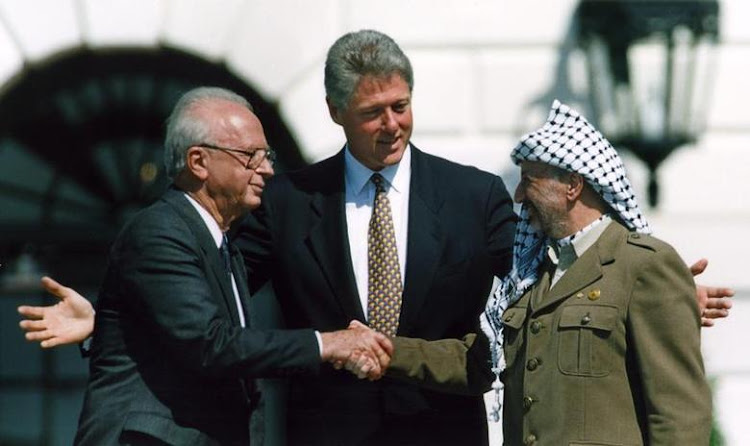 The superpower has never unequivocally censured the Israeli side for the incomparable loss of lives in Palestine, even amid claims that its aggression has always been in self-defence. In an apparent spite of sentiments expressed by the international community, the US is set to ship $735 million worth of arms to Israel.

About 200 people, including 58 children and 34 women have died in the Gaza Strip since the violence that started slightly over a week ago. Conversely, Israel has reported that it has lost an estimated 10 citizens, including two children.

On Sunday, Chinese State Councilor and Minister of Foreign Affairs Wang Yi chaired a virtual meeting of the United Nations Security Council (UNSC) meeting on the Israel-Palestine situation. Calling the deteriorating situation in the Middle East extremely critical and severe, Yi said that the international community must act urgently to prevent the situation from further deterioration.

In an apparent spite of sentiments expressed by the international community, the US is set to ship $735 million worth of arms to Israel.

Wang Yi gave the following recommendations not only for an immediate stop to the current crisis, but also for a permanent solution to the unending conflict. First, he particularly appealed to Israel to cease actions that deteriorate the situation, including air strikes, ground offensives and rocket launches.

The foreign minister also appealed for urgent humanitarian assistance to those affected in Gaza. “We urge Israel to earnestly fulfil its international treaty obligations, lift the blockade and siege of Gaza as soon as possible, guarantee the safety and rights of civilians in the occupied Palestinian territory, and provide access for humanitarian assistance.”

Third, the UNSC must take proactive action on the Palestinian-Israeli conflict and reiterate its firm support for the "two-state solution." In addition, the US needs to shoulder its responsibilities by adopting a fair stand, and support the Security Council in playing its due role in easing the tensions, rebuilding trust and resolving the situation.

Fourth, and most critically, China repeated the usually proposed "two-state solution" as the only way out for peace ultimate way out. He said “China supports the resumption of peace talks between Palestine and Israel as soon as possible on the basis of the "two-state solution" and the establishment of a fully sovereign and independent Palestinian state based on the 1967 border, with East Jerusalem as the capital, and fundamentally realizing peaceful coexistence of Palestine and Israel, to achieve the harmonious coexistence of the Arab and Jewish nations and the lasting peace in the Middle East.” 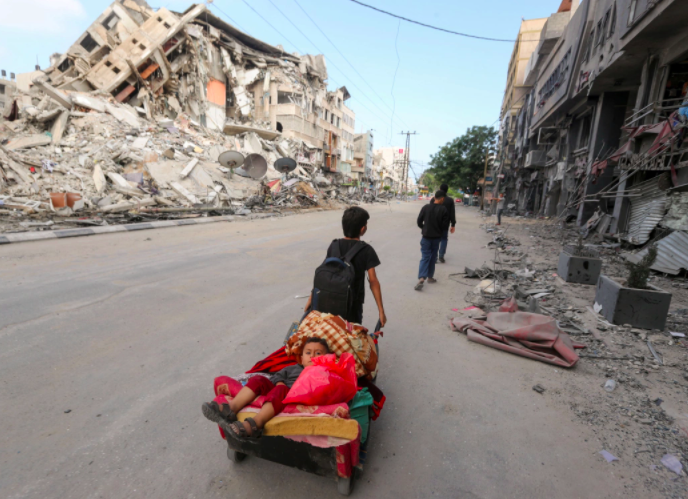 A Palestinian boy pulls a cart carrying his brother and their belongings as they fled their home during Israeli air and artillery attacks.
Image: /Reuters

Wang Yi did not hide the fact that China is a long-time friend of the Palestinians, noting that as the rotating presidency of the UNSC the country has facilitated the body in holding two rounds of urgent closed-door consultations on the Palestinian-Israeli conflict and drafted a Security Council press statement.

May be Israel and Palestine should accept China’s invitation to hold direct talks in the country as a way of using a neutral ground for negotiations. Previous attempts for such initiatives in the US have come to nought because of the country’s open bias in the conflict.

The crisis in the Middle East cannot be ignored, or taken lightly any more. Conflicts in the region have ramifications for global peace and security, which now requires the urgent and decisive action by the international community.