Our enthusiastic use of social media makes us fools at times

• Between circulating scandalous posts and murdering grammar, our social media sags with phenomenal and astounding gibberish.

• What goes round on any day is amazing crap, sheer audacity. 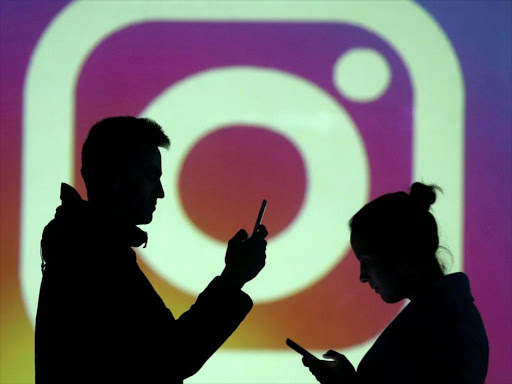 My other less frightful but repugnant encounters include social media jerks who openly solicit for money.
Image: FILE

Before the current lockdown, a couple flew from Nairobi to Mombasa and kept on updating their social media platforms with pictures of the safari by the hour.  There were pictures galore of them clearing at airport departure, in the airplane, on the ground taking a taxi and finally at their dream beach hotel. Never mind that in the following few days their Facebook and Instagram accounts and WhatsApp groups would sag with an average of 50 new pictures daily, producing an avalanche of admiration and criticism in equal measures.

This couple’s behaviour is typical of many Kenyan’s online showiness. If not for anything else, our enthusiastic subscription to a plethora of social media platforms gives us a triumphant national feeling of been “digital.”

But between circulating scandalous posts and murdering grammar, our social media sags with phenomenal and astounding gibberish. What goes round on any day is amazing crap, sheer audacity, silly epithets and plain old stupidity. Certainly, there is need for Kenyans to be real online as they are in the real world.

For example, my friend Man Kush dropped out of secondary school in form two. But on his social media accounts, he claims to be a graduate of the University of Nairobi, living in Honolulu and working in Cardiff for a United Nations agency. Often, his illegible grammar betrays him in his horrific posts. A peek at the motley crowd of ruffians he keeps as virtual friends raises a credibility question to his claim of being a UN employee.

Man Kush once commented on a silly argument that a group in his orbit had. But due to the way social media networks are wired, Man Kush brought his entire Mbogi (crew) to my shores with a barrage of lurid pictures and friendship requests. The crawling, pesky and luscious parasites only stopped knocking at my door after I un-followed my friend Man Kush.

My other less frightful but repugnant encounters include social media jerks who openly solicit for money, drinks and escort services on the open lanes.

But the most tenacious of our brand Kenya social media incredulity is political activism. When our politicians have an altercation in day time, their followers continue the fight on social media. These online wars often take the ugly hue of ethnic profiling with commentators going for their perceived enemies’ jugulars. But as we get more “digital,” an increasing number of employers are routinely surfing the social media to see the “ethnic wars” and other image goofs that their employees are up to.

Yet the social media has also created a new breed of interesting “scholars” like *Doris who, apparently, know everything. I know that Doris has a modest education in the real world. But every time a gang of her college home boys share out videos and links, Doris is the first person to comment on them. Never mind that some these posts are on literature, astronomy and molecular biology.

Like Doris, dozens of Kenyans stand accused of commenting fast on everything on the social media. I know guys who will note vote in the Building Bridges Initiative referendum yet they are gurus of Kenyan political commentary on the social media. Others issue epithets, shibboleths and jingoes on every topic of the day even before they have understood what is afoot.

This is a national tragedy started by call-in programmes on FM radios but now perfected on the social media. There are no prizes for fake comments on everything. Instead, one comes across as a know-it-all; your net and real world friends learn to distrust you. As in the real world, play hard to get, see or hear on the social media!