Western being locked for Mudavadi's 2022 run

ANC leader buoyed up by the outcome of the recent by-election.

• Kimilili MP Didmus Barasa, a Tangatanga diehard, sent tongues wagging with this announcement he was taking a four-month break from politics.

• Like a thunderbolt out of the blue, Kakamega Senator Cleophas Malala (ANC) was axed on Wednesday as Senate deputy Minority leader. 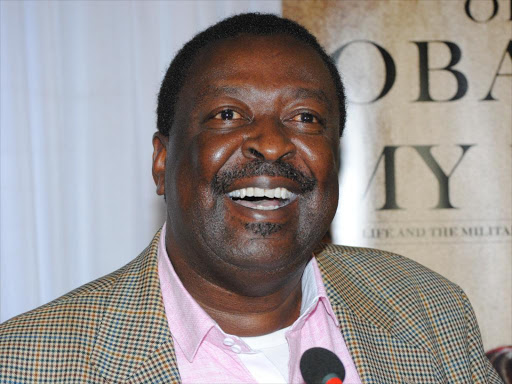 Puffs of smoke rose from Western this week. What’s cooking?

First, Kimilili MP Didmus Barasa, a Tangatanga diehard, sent tongues wagging with this announcement he was taking a four-month break from politics. Who does that? A day is too long in politics.

Pundits attributed Barasa’s move to the failure of UDA party, the new kid on the block associated with Deputy President William Ruto, to capture Matungu and Kabuchai seats.

The March 4 by-elections were won by ANC and Ford Kenya respectively. Tangatanga enemies ululated that the DP’s attempted forays into Western had been smashed by strong headwinds.

And then, like a thunderbolt out of the blue, Kakamega Senator Cleophas Malala (ANC) was axed on Wednesday as Senate deputy Minority leader. He was replaced with Kilifi Senator Steward Madzayo.

ANC leader Musalia Mudavadi, the famed gentleman of Kenyan politics, lost his cool. He condemned Malala’s removal as “an affront to democracy”.

Never mind ANC had also expelled Malala in June 2020 on "account of gross misconduct", the same accusation levelled against the senator by those behind his latest tribulation.

"The senator has been prejudicing the activities of the party and has been disloyal” the party had said in a statement.

If you wondered how quickly Kenyan politicians can align and realign, the incredible change of Malala's tune is your answer. He is now in Mudavadi's good books after ending his unofficial sojourn in ODM. Need not even wait to be told that in this field, loyalty counts for the most part.

And so Mudavadi did not treat lightly the decision to strip Malala—who until recently was a lost son—of his Senate post. Malala was ejected “because of his role in the recent Matungu by-election where the ANC candidate he campaigned for won with a landslide,” the son of Mululu protested.

Malala’s shock sacking is one more nail hammered into the Nasa coffin. “Kenya no longer has room for political deception, big-brotherhood syndrome and intolerance,” Mudavadi fumed.

As far back as last October, ODM had announced it would kick him out. Malala had joined Team Kenya, a group of senators opposed to the government-backed county revenue-sharing formula that stagnated in Parliament for months.

Raila hit out at Malala for opposing the formula despite his Kakamega county gaining millions of shillings in the proposed sharing. The formula was adopted, but Malala’s fate was sealed.

Ford Kenya party leader and Bungoma Senator Moses Wetang’ula, a Nasa co-principal, also rushed into the Malala saga with sleeves rolled up. “It is selfish, unhelpful, unlawful, vindictive, intolerant, vengeful and against the Nasa coalition agreement. It has a direct link to the outcome of the Matungu by-election."

Malala's ouster notwithstanding, Mudavadi has been buoyed up by the outcome of the recent polls. ANC's Peter Nabulindo garnered 14,257 votes against ODM's David Were who received 10,565 votes in Matungu. Alex Lanya of UDA was third with 5, 513 votes. ANC and ODM fought each other despite being members of Nasa headed by Raila.

Mudavadi and Weta are working on locking down Western in 2022. If their roaring success in Matungu and Kabuchai is any indicator, the two have made important strides in their quest.

This is the stark reality that could have jolted Didmus Barasa. His political career faces an uncertain future, not only because of the rising Luhya unity but also because he occupies a seat previously held for three terms by former UNCTAD secretary general Mukhisa Kituyi, a presidential aspirant.

Should Kituyi, a third-tier hopeful, opt out of the presidential race to run for MP with an eye on the Cabinet under the changes proposed by BBI, Barasa is finished. So, he probably needs to shut up for a while and do the maths.

The excitement in Western is building. Mudavadi, Weta, Gideon Moi (Kanu) and Kalonzo Musyoka (Wiper) are cobbling together the Sacred Coalition. Hot on the heels of their Western success, their joint efforts again bore fruit in the Machakos senatorial by-election won by Wiper’s Agnes Kavindu.

Long dismissed as a Luhya politician unknown outside Western, Mudavadi appears set to storm the national stage. On Tuesday, ANC deputy party leader Ayub Savula said he will step down so that his position and that of secretary general are reserved for non-Luhyas.

While Mudavadi’s fortunes are rising, ODM has suffered a string of losses as Raila’s party shrinks into a Luo Nyanza outfit. The Orange party was massacred in Msambweni and Western and will likely be slaughtered in Bonchari where it has fielded former Energy and Petroleum Regulatory Authority boss Pavel Oimeke against Jubilee’s Zebedeo Opore, a former MP.

Mudavadi’s allies are buoyed not only by the recent Western success but also by the whispers that Uhuru could endorse their man for 2022. Unlike Uhuru’s handshake partner Raila, Mudavadi projects himself as a safe pair of hands to protect Mt Kenya interests after Uhuru.

The smoke from Western this week is a powerful signal that the region is being locked down for Mudavadi.