• To ease the burden of these countries, however, China unilaterally cancelled part of the debt owed by DR Congo to help the country focus on its fight against the pandemic.

• In June 2020, Beijing held an online China-Africa Summit on solidarity against Covid-19 in which the debt situation was discussed 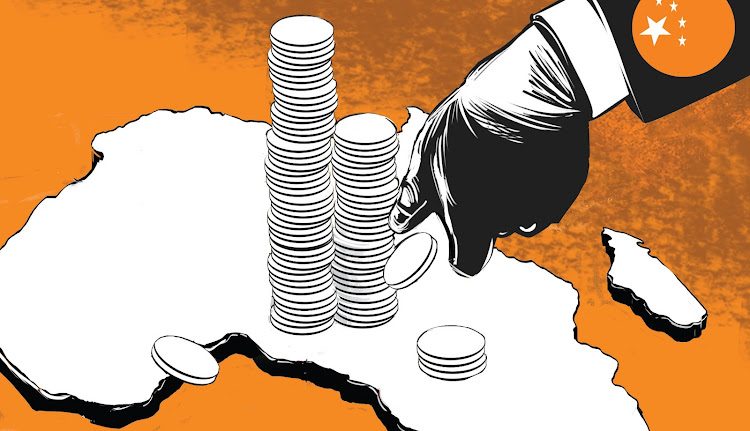 The Global Economic Prospects report by World Bank projects 2021 as the year of recovery for the global community whose economy was hard hit by the Covid-19 pandemic.

With an assumption that majority of the world’s population will have been vaccinated against the virus, the global economy is projected to expand by four per cent.

AThe report projects sub-Saharan Africa to make a rebound growth of 2.7 per cent in 2021. This report comes at a time when the region is looking for sustainable economic policies to restart its growth.

As per the 2020 report by the International Monetary Fund titled The Regional Economic Outlook: Sub-Saharan Africa, the largest Covid-19 impact on economic growth in the region was on tourism-dependent economies such as Seychelles and Mauritius.

Other than tourism-dependent economies, manufacturing economies were also highly affected. Countries such as Nigeria, South Africa and Angola experienced a reduction in their manufacturing sector, leading to a cumulative decline of the sub-Saharan Africa 2020 economic growth from 2.4 per cent in 2019 to between -2.1 per cent and -5.1 per cent in 2020 as reported by the World Bank biannual Africa’s Pulse report 2020.

The Covid-19-related economic disruption has resulted in an approximately 40 per cent of sub-Saharan Africa countries being at risk of debt distress, which will occasion an economic recession that will take ages to recover. And for these economies, interest repayments constitute the highest expenditure portion— and fastest-growing expenditure — of budgets.

To ease the burden of these countries, however, China unilaterally cancelled part of the debt owed by DR Congo to help the country focus on its fight against the pandemic. In June 2020, Beijing held an online China-Africa Summit on solidarity against Covid-19 in which the debt situation was discussed, as 40 of the developing countries are in sub-Saharan Africa.

During his annual African tour in January 2021, China’s Foreign minister Wang Yi said Beijing would write off loans to DRC worth an estimated $28 million to help the country overcome the impact of Covid-19 and give $17 million in other financial support.

“Most of the sum pledged would be channelled towards development projects, the rest would be used to support DRC’s mandate as head of the African Union bloc for the next financial year”, Wang said while meeting President Felix Tshisekedi of DR Congo in Kinshasa.

Wang acknowledged the pandemic as a pressing challenge faced by both China and African countries.

“China will continue providing badly-needed medical supplies, expert teams to our African friends and will keep our commitment of striving to make Covid-19 vaccine a public product accessible and affordable to people around the world,” Wang said.

China is Africa’s biggest investor pumping about $148 billion in railroads, ports and airports according to data from the China Africa Research Initiative at Johns Hopkins university. China is also the biggest bilateral lender for most emerging economies especially lending to hundreds of projects under its Belt and Road Initiative.

Wang reiterated that China was using concrete actions to show its special attention to China-Africa ties, noting that Beijing firmly supported the development and rejuvenating of African states.

This year also marks the 20th anniversary of the Forum on China-Africa Cooperation and it is expected the forum will make a greater contribution to building an even closer China-Africa community with a shared future post-Covid-19.

An Africa Union Study on the economic impact of Covid-19 in April 2020 showed that the continent could lose up to $500 billion and that countries may be forced to borrow heavily to survive after the pandemic.

While the G-20 agreed to suspend debt repayment for the world’s 75 poorest countries until the end of this year, UN Secretary General Antonio Guterres maintains that debt suspension should be extended to all developing countries, adding that the private sector must be part of any dialogue on debt forgiveness.

The Economic Cooperation Agreement has also recommended a “complete temporary debt standstill for two years for all African countries, without exception.”