VOICE OF THE PEOPLE MATTERS

The ruling class is growing fat, comfortable in the knowledge that the people are defeated.

• The Kenyan middle class is mostly inward-looking and preoccupied with personal success.

• They wage their battles for change on social media or from the comfort of the barstool. 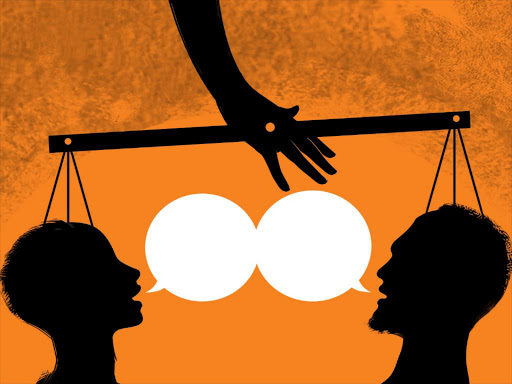 But these are normal things. That’s life. People should keep quiet or, better, sing praises for the government for doing its best to serve them in these hard times. Kenya would be better, don’t you think, if the people asked themselves what they could do for their government instead of what their government can do for them?

That sums up the thinking of the Uhuru Kenyatta regime. Government spokesperson Cyrus Oguna on Tuesday ridiculed Kenyans for complaining. Look at Europe, he said. They pay higher taxes but who grumbles?

Such blatant contempt for citizens by a senior official would bring a government crashing down in a country where democracy works, where the voice of the people matters. Not in Kenya, a dystopia where the people serve the government, not the other way.

Here, the ruling class grows fat, comfortable in the knowledge that the people are defeated. They are too caught up in their daily struggles for survival to pose any serious threat to obscene elite power and privilege. Public anger means nothing. People will make all the noise ‘na usiku watalala’.

So, when are Kenyans going to get a government that listens to them instead of one that ridicules them to silence? Not any time soon.

“People have given up. Kenyans will not support alternative leadership—they are firmly behind their corrupt tribal chiefs,” economist and fierce Uhuru critic David Ndii tweeted on Tuesday.

The sinking feeling that Kenya will never change for the better pervades the country. You are on your own. Do whatever you can to get by. If you have the opportunity but won’t steal public money, you are a fool.

Got a place to run to? Go. Are you out of the country? Don’t come back. Last week, a man regretted in a Facebook post that his silliest mistake was to return from the diaspora. Twice.

Former Chief Justice Willy Mutunga has described Kenya as a “bandit economy”. Others have said while some countries have the mafia, in Kenya, the mafia has a country.

Mutunga and Ndii were among the leading lights of Kongamano La Mageuzi, which months ago announced a national liberation project. But the initiative fizzled out. Few people showed interest.

“It is voters who have made politicians incompetent and mediocre. We never vote for a man or woman because he or she is competent. We vote for one because he is of my tribe, or has money and connection to the powers that be,” activist Cyprian Nyamwamu fumed on Wednesday.

But would you blame a poor mama who accepted Sh200 to vote for a thief? The majority poor alone cannot bring national liberation. The tiny, filthy rich upper deck is the beneficiary of the status quo. Change does not come from the top. No saviours.

That leaves the middle class as the vanguard of the revolution. They are educated, aware of what is wrong and how to fix it. They have the means and opportunities to organise.

But why is this not happening? The Kenyan middle class is mostly inward-looking. They are preoccupied with personal success. They wage their battles for change on social media or from the comfort of the barstool. Or they pray for miracles in disco-like town churches owned by flamboyant superstar preachers promising individual financial breakthroughs but who says little about how to create a prosperous and just society.

Kenyans are politically immature. Besides whole communities willing to die for their tribal demigod, the country is characterised by tragic fragmentation of the social forces that could bring change.

All groups advocate their own interests. Churches, NGOs, media, unions, professional associations, student groups, business organisations and so on operate in silos. No idea of the connectedness of their issues and the need to build solidarities to successfully confront oppression. If boda bodas protest against bad roads, churches remain silent.

The revolutionary theorist and organiser from Martinique Frantz Fanon said, “Each generation must, out of relative obscurity, discover its mission, fulfil it or betray it.” The middle class has betrayed Kenya. They must rise now and spearhead national liberation. Or everyone will whine until Jesus returns.